I don't know why it would be confusing or how it would be inconsistent for a person to advocate for making less be the current conditions of confinement of other animals while at the same time they advocate to abolish those conditions altogether. We do it all the time in the case of humans.

For example, suppose that there is a person - one who claims to be innocent - imprisoned awaiting execution. She's exhausted all her appeals and will be put to death in 12 months; it appears that nothing will change these facts, or her future. Now, would anyone claim that, during the next 12 months, it wouldn't matter in how small a cell she will be confined, or that she be denied access to the fresh air of the prison yard? I think no one would claim that. Even knowing that she soon will be killed, wouldn't we each care that she be treated with dignity in the meantime, that she not be treated as badly as would be possible?

Yes, I believe that we would care. In fact, I think that if advocates for the rights of prisoners learned that she was being confined in very small cell and being denied fresh air and exercise, they would demand that those conditions be made less bad. They would still demand her release (she claims to be innocent after all) but they wouldn't sit idly by and ignore her being abused. 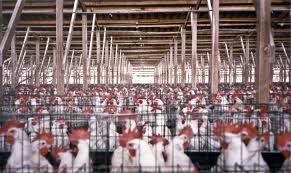 I agree with you.  I have no idea what Francione's notion of "use" has to do with the lives of many other animals. For example, I don't in any way use squirrels who live where I do, but how I treat them surely must be  something to consider.

Welfare reforms not only reduce suffering in the short term, but they raise public consciousness. The importance of consciousness raising can't be overstated, since it's crucial for abolitionist goals (and what the ideal end looks like is a very complicated matter, IMO). So I agree with Tim's hypothetical.

I should also say that I'm skeptical of Francione's use/treatment distinction, often relevant to the debate over the appropriateness of welfare reforms. To me, treatment is what ultimately matters morally; animal use always implies some form of animal treatment, which is what we look at in deciding whether a practice is okay. A farmer who painlessly kills a chicken is mistreating the animal, and thus "painlessly killing" isn't automatically synonymous with "humane treatment."

I find that the closer I read Francione, the less sense he makes.