Demolishing the Absurd Myth of Complacency with 10% Support ~ David Sztybel

In this new essay from Dr. David Sztybel, David questions the logic and implications of a study that suggests that when 10% of the population agree on something, the rest will follow, and whether this thinking is really 'A Simple Question' for those of us looking to make serious social change.

Demolishing the Absurd Myth of Complacency with 10% Support

The Francionists always rely on faulty arguments. You just wonder which ones they will come out with next. In his recent essay, "A Simple Question", Gary Francione reports:

Scientists at Rensselaer Polytechnic Institute have found that when just 10 percent of the population holds an unshakable belief, their belief will always be adopted by the majority of the society. The scientists, who are members of the Social Cognitive Networks Academic Research Center (SCNARC) at Rensselaer, used computational and analytical methods to discover the tipping point where a minority belief becomes the majority opinion. The finding has implications for the study and influence of societal interactions ranging from the spread of innovations to the movement of political ideals.

And so Francione asks us all the following question:

Why is every animal advocate and every large animal organization not working to get to that 10% rather than promoting welfare reform, "compassionate" consumption, and "happy" exploitation?

First of all, you have to wonder: what is the mental achitecture of the geniuses who came up with this this study's conclusions? They are falsifiable even by those who are not specialists in the field such as myself, so long as I give the matter a little thought using some commonplace facts that I happen to know.

In recent years I read that 33% of Americans are Christian fundamentalists. They are highly convinced of their positions and are unlikely to change. At least for the most part. According to this "study", all of Americans are destined to become Christian fundamentalist. That is utter tripe and nonsense. The researchers have not "proved" their findings. It is unsupported speculation that goes contrary to current, widely available data, probably on any number of fronts.

Take, for example, political parties. It used to be that a huge number of Canadians were Progressive Conservatives. Far more than 10%. They also won elections on a much greater electoral base. But they never become dominant. They went extinct, replaced by new conservative bodies. And many people would deny that conservatism is our evolutionary destiny. It would be foolhardy to assume that we all must become conservatives due to some false law posited by polytechnical researchers.

All of the other political positions have more than 10% following too, by people who probably will not change much in their lifetimes (surely those unshakeable of conservatism will number more than 10% of society, and will not vary from being conservative ever, thus fulfilling the "law" supposed here), and it would be senseless to be complacent that any of them are going to take over society based on this "finding" by this polytechnical institute.

Indeed, the liberals will have more than 10% of society too who are irrevocably of that persuasion. This means the research findings "prove" that society will eventually be all-conservative, and all-liberal. Really impressive findings. It is always impressive to do the impossible, such as an implicit self-contradiction, after all, isn't it?

How about a more relevant example? Many years ago, I heard that 10% of British people are vegetarian. After the mad cow disease scare, based in tainted beef, I was told that number jumped up to 25%. But does this mean that animal rights is a shoe-in, and animal rights laws are soon to come, so we do not need to abolish factory farming? Complete nonsense.

Suppose we achieve 10% animal rights support. We cannot be complacent that the rest of society will "magically" follow due to some formula. It takes hard work, not theories "expressing themselves" in reality. Francione said even 20% is realistic to aim for. Eventually, yes. But even if achieved, animal rights laws are very far away. Look at how divided the United States was over slavery, with far more than 20% of the population actively favoring this misbegotten institution. It took a very long time for anti-racist laws to appear after slavery was abolished, 78 years in fact as I show in my study, "Incrementalist Animal Law: Welcome to the Real World".

So the finding in question is useless to the anti-incrementalist cause. There is still a very long time to go before we get to animal rights laws, no matter how you slice it, or how you attempt to spin it. And we should be ashamed of ourselves if we do not abolish factory farming, one of the worst inventions ever - an atrocity in itself - before animal rights laws shine from the books. 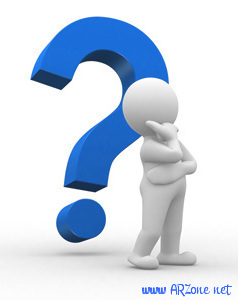 David Sztybel, Ph.D. has been an animal rights activist since 1986. He has published numerous articles pertaining to the liberation of all sentient beings and has lectured at the University of Toronto, Queen's University, and Brock University. See David Sztybel's Cyberpage at: davidsztybel.info

I find it interesting that in a similar survey here in Australia (I don't have a link, but I'll try to find it), of those small number of people who identify as vegetarian, a high percentage of those people also reported having eaten other animals in the days prior to answering the question. Perhaps, it seems, that in surveys like this, people respond in the way they think they *should* respond, rather than with the truth.

It may depend on whether the ideas can be proven correct or not. The many varied political ideologies such as that of the Canadian Progressive Conservatives are debatable on questions such as how much of the economy should be state controlled or how much should be left to competitive enterprise. How big the welfare state should be or how much people should be left to their own self-reliance. Veganism, however, is a way of life that is now provable to be the only sustainable and ethically justifiable one - an idea that can be provable as correct is much more likely to become universal once 10% of the population practice it and advocate it.

I don't think Francione was trying to say that we should be complacent with reaching just 10% or 20% of the population with veganism. I think he was warning that settling for "humane" animal treatment measures versus abolishment by well-known animal rights organizations could actually hurt the animal rights cause by causing complacency among the public in thinking that "humane" treatment is good enough.

Just as animalwelfareeduc stated, veganism is the really the only sustainable diet at this point, and is likely to spread fast as people come to terms with the weight they've put on the world with their meat-eating diets. Even Bill Clinton is now a vegan. Staying true to the abolitionist approach, even at just 10% or 20% of the population, is important to prevent complacency among the public with the idea that they can just stop at "humane" treatment.