The Abolitionist Approach to Animal Rights (in a Little Historical Context).

The Abolitionist Approach to Animal Rights

(in a Little Historical Context).

Much is made of the unique, ground-breaking, elements of The Abolitionist Approach to Animal Rights. However, it’s major characteristics, abolitionism, sentience, and others are “borrowed” from Tom Regan and Peter Singer. 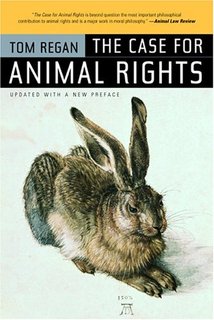 For example, in a chapter entitled “The Case for Animal Rights,”* in the 1985 Peter Singer  edited collection, In Defence of Animals,
Regan writes

I regard myself as an advocate of animal rights — as a part of the
animal rights movement. That movement, as I conceive it, is committed to a number of goals, including:

• the total abolition of the use of animals in science;

• the total elimination of commercial and sport hunting and trapping.

Regan proceeds to outline his position which is opposed to animal welfare reform and in favour of rights-based animal rights:

There are, I know, people who profess to believe in animal rights but do not avow these goals. Factory farming, they say, is wrong - it violates animals’ rights - but traditional animal agriculture is all right. Toxicity tests of cosmetics on animals violates their rights, but important medical research — cancer research, for example — does not. The clubbing of baby seals is abhorrent, but not the harvesting of adult seals. I used to think I understood this reasoning. Not any more. You don't change unjust institutions by tidying them up.

What's wrong — fundamentally wrong — with the way animals are treated isn't the details that vary from case to case. It's the whole system.

Regan then spells out that it is the property status of other animals that constitutes the fundamental moral issue in human relations with other sentient beings.

The fundamental wrong is the system that allows us to view animals as our resources, here for us — to be eaten, or surgically manipulated, or exploited for sport or money. Once we accept this view of animals - as our resources - the rest is as predictable as it is regrettable.

So, these are major building blocks of The Abolitionist Approach to Animal Rights: rights, abolitionism, property status, rights not welfare.

Animal Rights Zone (ARZone) has recently released a cleaned-up version of a famous 1988 speech by Tom Regan (see here) in which he once again explains that his stance is The Abolitionist Position of Animal Rights. 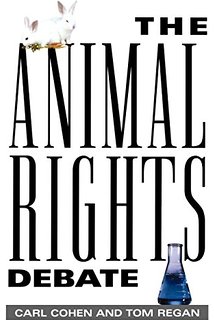 Subjects-of-a-life are characterized by a set of features including having beliefs, desires, memory, feelings, self-consciousness, an emotional life, a sense of their own future, an ability to initiate action to pursue their goals, and an existence that is logically independent of being useful to anyone else's interests. Such an individual has inherent value independent of its utility for others… Being a subject-of-a-life is [Regan’s] criterion for inclusion of an individual in the moral community.

In his book, The Case for Animal Rights, which was published in 1983 when the whole notion of animal rights was much more scoffed at than it is now, Regan drew the criteria of subject-of-a-life deliberately conservatively, meaning that it mainly (but by no means only) applied to mammals of one year and older. One of Regan’s cherished principles, however, is that moral lines should be “drawn in pencil” because they are going to change as knowledge increases.

What The Abolitionist Approach to Animal Rights does is replace subject-of-a-life with the notion of animal sentience, which was developed by Peter Singer in the 1970s, borrowing heavily on the work of utilitarian philosopher Jeremy Bentham.

In 2006, Ian J.H. Duncan published an interesting paper entitled, “The changing concept of animal sentience” (Applied Animal Behaviour Science 100 (2006) 11–19) in which he charted how acceptance of animal sentience changed over time in both “lay people” and philosophers. He says:

During the Enlightenment, the arguments of Aristotle, Aquinus, Descartes and Kant that animals were non-sentient were challenged. For example, the Scottish philosopher David Hume wrote “Is it not experience, which renders a dog apprehensive of pain, when you menace him or lift up the whip to beat him?” (Hume, 1739). However, it was Bentham, the English social reformer, who got right to the nub of the issue when he wrote ”The question is not, Can they reason? nor, Can they talk? but, Can they suffer?” (Bentham, 1823).

If you are new to the animal advocacy movement, and you’ve been told that The Abolitionist Approach to Animal Rights is the big cheese, please don’t forget where it got its major ideas from. 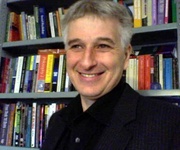 Roger Yates has been an ethical vegan and rights-based animal advocate since the late 1970s. He’s been an active hunt saboteur and crew member for Sea Shepherd in Scotland. He began a series of animal rights “action groups” in the 1980s and was involved as a press officer with the Animal Liberation Front Supporters Group Press Office. He’s also an academic with research interests in social movement theory, the history of social movements, and the social construction of cultural speciesism. He’s currently a volunteer for Dublin-based Animal Education Outreach, giving talks to all levels of the Irish education curriculum, and the Vegan Information Project, running “mini-courses” in animal rights, talks, film shows, and weekly outreach events based on gazebo stalls. You can enjoy Roger Yates’ talk about “How we grow up to be animal loving animal users” at Dublin Vegfest 2015.

In researching for my new book on factional debate in the movement, I've found the same arguments dividing activists in the 19th century. The "abolitionist approach" not only appropriates from the antislavery movement that hugely influenced early anti-speciesism, but it is as old as anti-speciesism itself. In fact, Frances Power Cobbe and other anti-reform antivivisectionists explicitly identified as abolitionist. Debates were also had between welfarists and abolitionists in the early years of the SPCA in England and the AHA in America. Even Donald Watson and the early vegans were abolitionist, regularly lambasting welfare reforms in early issues of "The Vegan."