Why Don't Vegans Care About People? by Anjali Sareen 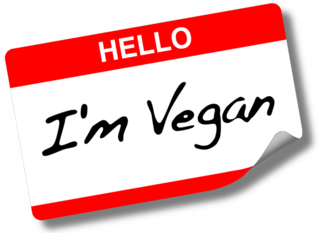 "You're vegan? Why do you hate people?"

I get asked this question on a fairly regularly basis, and yet each time it catches me off-guard. I always have a hard time imagining a person's initial reaction to my plant-based diet and cruelty-free lifestyle will be anger and irritation. I'm never quite sure how to respond. The honest answer is that I don't hate people and actually, veganism harmonizes perfectly with a lot of very important human rights issues. My lifestyle philosophy is about uplifting the world -- not, as many believe, uplifting animals at the expense of the world.

Thanks for posting this.  The image that vegans have as those who don't care about their fellow humans beings I think is one of the hurdles that vegan activists have to spend a lot of time jumping over.  I can recall having to explain to someone while demonstrating that my stance on animals does not mean that I am unconcerned about humans.  It's unfortunate because, as someone who isn't vegan once told me, the misanthropy that is attributed to vegans does not logically flow from vegans ethics.

I was reading through the comments and one of them stuck out:

"Most people don't have problems with vegans. It's when they force their diet choices on others, is when people get upset and start lashing out."

The commenter refers to a time on her college campus when the administration was going to have a Meatless Monday, but the students started a petition to stop this and eventually won.

Vegans, as a group who conscientiously objects to consuming meat and animal byproducts, do in someways have non-vegans diet choices forced on them. For although vegans, thankfully, are not being compelled to purchase and consume non-vegan food, vegans are taxed to subsidize livestock agriculture that in some cases are raised on public land, to pay government agencies to lethally control wild animals, to run public animal control agencies that are not no-kill, and provide funds for vivisection.  Vegans do object to these practices for reasons of conscience, these reasons are not treated the same as the conscientious object of the Amish who do not believe in social insurance programs like Social Security and Medicare and in some cases are exempt from having to contribute to these programs.

I don't mean to imply that vegans must also become tax resisters (there's enough social pressure preventing people from adopting veganism without adding that on top) but it's interesting that vegans are viewed as forcing their choices on others with measures such as a Meatless Monday (if in fact it can be considered a vegan measure, I'm sure that there are many vegans who would not consider it as such).