Alliance Politics, Is It Relevant?

Please click on the guest's name to view their full transcript.

There seems to be a vast array of opinions in the animal advocacy community in regard to alliance politics and why the animal movement should or shouldn’t align with other movements. One concern is that, in aligning with a movement which has little to no acceptance of the significance of other animals being oppressed, commodified and exploited in relation to their own goals, this would necessarily involve compromise. Could you please explain why you support the Occupy movement, and why you think it is relevant to the animal advocacy community?

Over three years of organizing with the intent of coalition building I have worked with dozens of other organizations without having to compromise my convictions or a critique that is intersectional. This includes issues from migrant workers rights, queer liberation, women’s liberation, environmental advocacy, harm reduction, human rights and disaster relief, etc. It has meant declining to do some things, however, that can still be done tactfully where people know your stance and room is made for potential work in the future.

If people attempt this work with the assumption that animal liberation is more important than any other movement or struggle, or with the attitude of “what do other movements have to offer to me,” then yes, coalition building will fail miserably. There has to be a fundamental acknowledgement that oppression is intersectional and that we don’t need to prioritize any one issue or cause as more important.

Second, the OWS movement is non hierarchical, participatory and consensus based. This relates to a critique of the state - as this is an alternative to our current understanding of governance (more on that later).

Third, the OWS movement offers people power that no animal liberation community can currently leverage on their own. For people who organize, this is clearly a space where we NEED to make our issues present.

Lastly, you have a movement that has no endpoint. This causes anxiety for a lot of people who feel this movement is going no where. I would suggest this is the strongest and most effective tool of the OWS movement. This isn’t a summit that will end in a weekend, or a movement that can be stalled or destroyed by small government concessions. This is a framework for lasting change that is; non-state, concerned with other animal species, and participatory.

The movement may not look like much to some right now, but the possibilities are currently endless. The greater involvement from the animal liberation communities - and the more intersectional we are - the greater potential for long lasting substantive change. Short answer: Get in the streets! 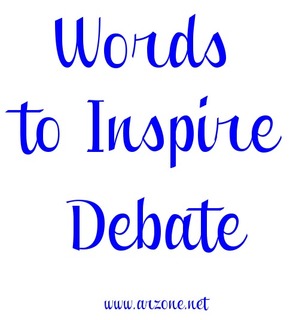