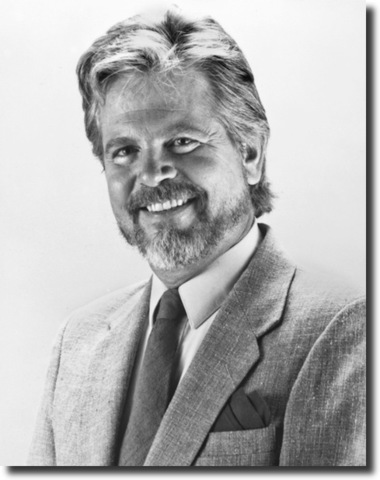 I first became aware of Professor of Philosophy Tom Regan, Ph. D. and his work when I watched a video in which Tom opened the debate at the Royal Institute of Great Britain. The topic was “Does the Animal Kingdom Need a Bill of Rights?” That video changed my life. I had been vegan for only a short time, and was new to social media, so I wasn’t familiar with Tom’s work. I asked my friend, the sociologist and long-time vegan activist Roger Yates, “Have you ever heard of this man called Tom Regan?”. Of course he had, and Roger introduced me to even more of Tom’s work. Later, through my own work at Animal Rights Zone, I came to know Tom as a friend, and that is the memory that I will cherish the most.

Tom and his wife Nancy came to Animal Rights via their work in Human Rights. Being concerned with the well-being of others, and trained as a philosopher, Tom became interested in just what it was that grounded our whole idea of Human Rights and whether some Rights belonged to those other than human. Tom reasoned that if some of us have dignity and are worthy of respect, then all who have such dignity must be worthy of the same respect. He realised that those who have dignity and deserve respect are those who, in his words, “have a biography and not just a biology”. In other words, when what happens to us matters to us, regardless of whether it matters to anyone else, then we are the subject of our own life and we deserve respect and the Rights which protect it. As a result of this thinking, Tom came to care in a new way for all living beings, and he began a lifelong mission of advocacy on their behalf.

Tom’s seminal work in his book, The Case for Animal Rights was truly ground-breaking, changing forever the terms of the debate about other animals. A rigorous exploration of Rights in general and why they haven’t, at least up to now, been applied to other animals, “The Case” was the first and still one of the very best analytical treatments of the question. While not everyone is satisfied with the answers Professor Regan developed, no one doubts the keen curiosity, intellectual honesty or complete sincerity with which he sought them. It was and remains a landmark for the Animal Rights movement.

Tom was the first Animal Rights theorist in the modern Animal Rights movement to use the term “abolitionist” as the only acceptable solution to such horrific practices as vivisection, the fur trade and animal agriculture. As he said, it’s not bigger cages, but empty cages that other animals deserve. This notion of abolishing entire systems of the use of other animals by humans motivated a generation of advocates and activists, and his work continues to influence many Animal Rights thinkers and advocates to this day.

But Tom was more than just an Animal Rights philosopher, he was a person who never forgot his early work on Human Rights and who remained committed to compassion and justice throughout his life. He lived his philosophy, showing great respect for all human beings, especially those with whom he had personal dealings. Tom Regan possessed a quiet grace and displayed what can only be described as class, even when he spoke with those he most certainly disagreed. That was the Professor Regan I saw in the video-taped debate that introduced me to his work, and that is the Tom I eventually came to know personally. He represented the Animal Rights movement as a movement of thinkers, of compassionate caring people, of those committed to fairness and to just treatment for all others. Tom Regan displayed humility, he was always courteous and grateful, always willing to listen closely to those who held different convictions, and above all, he remained a kind and decent human being.

Tom will be missed for the unparalleled philosophical, theoretical contributions he has made to the Animal Rights movement, but he will equally be missed for the example he set for all of us – an example of decency and fairness toward all others, of humility, of compassion, of justice and of respect. We should never forget this part of Tom’s legacy.

For my own part, I’ll always appreciate the influence Tom has had over the way I try to conduct myself, how I interact with others, and how I try to deal with those with whom I disagree. Tom showed me, by his example, how to be the change I wish to see in the world, helping me to learn the lessons that he had taken from Gandhi. Even in his passing, I know that his theories of Animal Rights will continue to inform my thinking, and that his personal dignity and grace will continue to influence how I carry myself through years to come.

I’ll miss you, Tom. You were respected and appreciated by so many, and loved by them too. I’ll be proud to do my small part to carry on your legacy, to make the case for animal rights, with your important work and personal example to guide me. Thank you, Tom Regan, for everything you will continue to do on behalf of both humans and other animals.

A celebration of Tom Regan's life will be held on March 4th from 3-5pm at Tir Na Nog Irish Pub in downtown Raleigh. In lieu of flowers, memorial contributions can be made to the Culture & Animals Foundation, 3509 Eden Croft Drive, Raleigh, NC 27612.