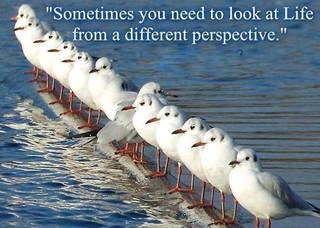 I think it can be useful to be open minded and consider different approaches, I also think it is worthwhile reflecting on some of the approaches people subscribe to in the movement. Though every now and again I become a little concerned there doesn’t seem to be a more rigorous system of evaluation in the movement, and I think this issue can restrict how effective we can be as advocates for animals.

So just looking at the following article from Tobias Leenaert, The Vegan Strategist and trainer at CEVA, a few issues came to mind. Firstly of course it is important to acknowledge this contribution, and how consideration can help us improve our own advocacy and the effectiveness of the animal movement as a whole.

This piece has a number of issues I would like to draw attention to, so I will address each point with various ideas which I believe merit further consideration.

1 I think we can agree that almost everyone believes suffering is an important consideration, however there is an issue here regarding ‘welfare that deceives’ and ‘authentic welfare’, these are issues Lee Hall discusses in her book ‘On Their Own Terms’ (which I recommend). Though it is worth noting these ideas aren't anything particularly new in terms of the movement, so this point really needs to be contextualised with the work that has taken place around the ‘humane myth’. A further issue is that it isn’t really clear what is meant as animal rights becoming an ‘abstraction’, if by this rights have been marginalised then I would agree, as this would be a consequence of the ‘pragmatic pork’ approach outlined in the recent Quartz article by Chase Purdy.

2 Chickens and fishes are living beings that deserve consideration, and a rights based / vegan approach considers them equally. So that approach looks at animal exploitation as a whole rather than dividing animals up into different sub groups and marginalising the overarching issue, which is cultural speciesism.

3 Consideration for wild animals exists in veganism, it is just that narrowing veganism to a diet, or less than a diet has removed them from consideration. For one example see: https://goo.gl/DmQF9D

4 It’s not particularly clear how human suffering is being considered in the present day, and how discrimination, oppression and exploitation have been factored into consideration up until now within the approach of The Vegan Strategist. So I would be concerned the far future could distract from those issues which are yet to be addressed.

5 Here i would point out that veganism isn’t a diet, it is an ethic and can be considered part of a justice movement. I don’t think anyone would really talk about fetishising justice if we take it seriously. Otherwise maybe we are talking about reducetarianism or flexitarianism which I don’t think is a fetishisation, it’s just more casual.

6 Growing a movement does not require a great deal of money, nor should it, we can be inclusive here, and consider the benefits of creating a social movement in terms of harm reduction, rather than focussing on the corporate movement to solve issues.

7 The vegan movement is broadly responsible for generating more demand and interest around veganism, the corporate movement has sometimes supported this growth in various ways, yet I would argue it has principally been concerned in organisational growth rather than movement growth, I would also suggest it is social media and so forth that has been the biggest driver of change in this area. This has happened despite few financial resources being allocated outside of the main groups (for example people have been campaigning on instagram / facebook, and including updates and information around veganism). It’s also worth noting businesses cannot be vegan, though they can be informed by vegan ethics, most of them are not, yet this ought not be an issue as it is just standard business practice.

8 Technology is no substitute for a movement, it would be unlikely the vegan movement would interrupt useful technological advances, though it may not necessarily get involved with them.

9 Research should also interrogate bias, and there isn’t a great deal of evidence that ‘mainstream’ bias has been factored into most considerations within the mainstream movement. It is also important to point out the ‘pragmatic’ ideology is also an ideology. So it is possible to be a ‘hardline’ pragmatist (as strange as that sounds), it means that only pragmatic ideas are considered and others dismissed reflexively as ineffective, or unworthwhile.

10 It is important to recognise bias and dogma in the mainstream approach too. I haven’t seen a great deal of consideration toward understanding how different approaches can be effective (if evaluations exist please link them below). For instance, an evaluation of pro-intersectionality and a rights based approach, and where they fit into the movement. I wonder whether it is conceivable they could be more impactful and effective than a ‘pragmatic’ approach? Even if we are opposed to them theoretically, we ought to recognise them and be concerned about issues such as movement cohesion, whilst understanding they could hold value that could improve our own approach.

I think one last point: ‘Being vegan means to stop eating animal products; it doesn’t mean to stop thinking.’

Instead I would say; being vegan means to commit to stop exploiting animals, it means to consider a wide range of issues that can have a positive impact for animal liberation. 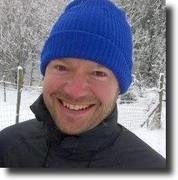