Sea Shepherd expected news on the fate of Captain Paul Watson to be announced yesterday by the German Higher Regional Court in Frankfurt but as hours passed on, no word was received from the general public prosecutor until close of business hours.  At 1800 hrs, the general public prosecutor finally submitted his motion for a preliminary extradition arrest warrant against Captain Paul Watson.  The late filing of this motion, coupled with a German bank holiday today, has given Captain Paul Watson’s supporters and allies until this Friday to appeal to German Federal Minister of Justice Sabine Leutheusser-Schnarrenberger and Minister of Foreign Affairs Dr. Guido Westerwelle’s standards for International Human Rights.

Lead legal counsel for Captain Paul Watson, Oliver Wallasch, had this to say about the general public prosecutor’s motion on Wednesday:

For days, Sea Shepherd supporters from Germany and around the world have expressed their concerns about the political nature of this extradition, as well as their concern for the safety of Captain Paul Watson, to Federal Minister of Justice Sabine Leutheusser-Schnarrenberger. Given the motion made by the general public prosecutor, it is now time to also focus attention on Minster of Foreign Affairs, Dr. Guido Westerwelle. Either Minister (or both Ministers) can take the action that Interpol has already taken and acknowledge that the case against Captain Paul Watson is politically-motivated and is a violation of Captain Paul Watson’s human rights.

Should the Honorable Ministers fail to put the brakes on the persecution of Captain Paul Watson, the extradition process will proceed and Costa Rica will have a maximum of 90 days, from the time that he was arrested, to put forward their bogus case for extradition. During this time, Captain Paul Watson would remain isolated in prison, awaiting an extradition that would be tantamount to a death sentence.

The Taiwanese Shark Fin Mafia has had a $20,000 bounty on his head for years.  We know the arm of the Taiwanese Shark Finning Mafia reaches not just to the illegal fishing industry in Costa Rica, but also to the prison system there. Sea Shepherd fears that not only would Captain Paul Watson not receive a fair trial in Costa Rica, but he would likely not survive jail long enough to see the inside of a court room.

This is our final effort to ask the Honorable Ministers to intervene before the extradition process officially begins.  We only have hours to change the minds of the German officials who can make a difference and not only save the life of Captain Paul Watson, but also save the lives of whales, dolphins, seals, and fish that he has spent his life courageously defending.

While visiting Captain Paul Watson in prison, Ship Operations Officer, Peter Hammarstedt and Director of Intelligence and Investigations, Scott West were able to obtain a handwritten note from Captain Paul Watson to his supporters, which you can read at the bottom of this article. 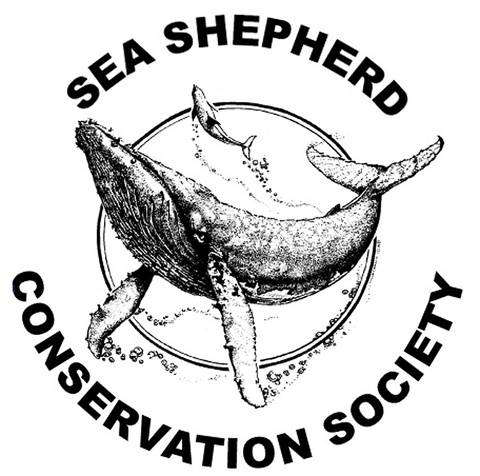