Is outreach incompatible with income?

Any London-based vegans who were glued to their seats after hearing why condoms aren't usually vegan, or who turned up early to get a good seat for Vegan Geezer, might have caught me speaking at last month's Greater London Vegan Festival. 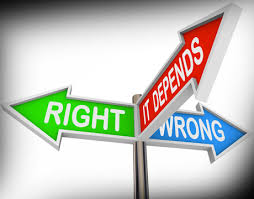 One of the "Ten Factors for Effective Vegan Advocacy and Animal Activism" that I discussed was "Rationale" - i.e. how our motivation should obviously be to help nonhuman animals. But how that's sometimes mixed up with less altruistic ambitions - whether a desire to gain social capital, to preserve a status quo, or to benefit financially.

This has been a topic of debate within the movement for some time. To what extent is outreach compatible with income? How do we determine whose motivation is to help animals, and whose is to help themselves? And why do we sometimes seem to celebrate the latter more than the former?

Three of a kind?

Broadly speaking, there are three types of organisation advocating for animals.

And while all may have their place, it can be important to recognise the differences between them.

As should be clear from the above, I understand the need for charities to pay staff to advocate for animals. Indeed, while a consultant at The Vegan Society, I advocated for the relatively low salaries to be increased to attract and retain the best staff (particularly those for who the existing remuneration was not economically viable), and to develop junior staff into more senior positions - rather than watching them come in at low salaries, get trained up, then double their income by going elsewhere.

However, an additional danger comes when we assign unwarranted credibility to this professional status. This may be done unconsciously - reinforced by the dual meaning of the word "professional" (i.e. both a source of income, and a standard of conduct). Or it may be done consciously - to differentiate between "professionals" (the minority who are earning money from their advocacy) and "civilians" (everybody else) and thereby suggest that the professionals are more qualified, and more effective.

This deliberate division between "professionals" and other advocates fuels understandable accusations that some are "careerists" - more interested in their income than in the cause. And there are certainly examples of where that seems to be the case: 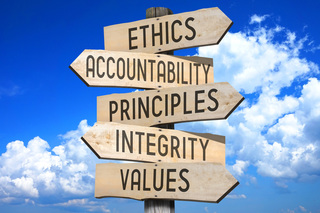 So, if we accept that some may receive money from their activism, what do we need to ask ourselves to determine whose motivation is to help animals, and whose is to help themselves? How do we decide which activities to support, and which to avoid?

Have they adopted a fully vegan position, or something less? Are they promoting any non-vegan messages - even alongside vegan ones? Do they suggest that veganism is a diet only? Or recommend consuming animal ingredients that we could easily avoid?

The dilution of the vegan message is one of the most obvious signs that the desire to help nonhumans animals may not be their (sole) motivation. Sometimes it's to maximise the appeal to non-vegans - and thereby increase the pool of possible donors. And sometimes it's to avoid taking steps that advocates find personally inconvenient (for example, ensuring that their beer is vegan.)

2. What are the sources of revenue?

In addition to direct sales (such as membership fees, event tickets, membership, books, and merchandise) there are a number of possible sources of revenue for various forms of activism - including sponsors, philanthropists, and corporate partners. And sometimes animal advocacy organisations find themselves under pressure to dilute their message in order to secure funding from the above (for example, philanthropists who are prepared to fund the promotion of so-called "humane" animal agriculture, but not an end to animal exploitation; or businesses seeking endorsement of their not-quite-vegan products).

So, in additional to looking for explicit dilution, it's worth looking for such sources of revenue, To what extent are the organisation's stated aims (and yours!) compatible with those of any third-parties providing funding? This can give some indication of an organisation's true motivation.

Again, I'm not averse to people earning a living from animal advocacy, or from providing vegan products and services. But we need to be careful not to confuse one with another - to think that we're contributing to the end of animal exploitation, where we're actually just lining the pockets of a few individuals exploiting the goodwill of the vegan community. And we need to be wary of claims that an event "barely broke even", or that profits will be "re-invested in future events", when there's zero accountability.

4. Who are the organisers?
Are they grassroots groups, charities, or commercial organisations? Are they even vegan? What's the track-record of the key individuals involved? How long have they been advocating for animals? Have they only started to do so as the critical mass of vegans has made it commercially viable to do so?

There are undoubtedly both benevolent individuals and commercial organisations who are prepared to organise activities that benefit the movement. But they're rare. So, supporting activism by grassroots groups and charities can addresses many of the concerns about where the money goes. (Although, even here there are alleged exceptions .)

5. Is it inclusive? Is it accessible - physically and financially?
Closely related to the above, to what extent do organisers reflect the diversity of the wider vegan population? Are members of marginalised groups in positions of influence, or merely tokenised ? Is any activity affordable for those on low incomes, or are any concessions derisory? Is it physically accessible? And how to the organisers respond to calls for greater diversity, representation, and inclusivity? Do they encourage it, or react defensively?

To some extent, the vegan movement has become a victim of its own success, It has reached a critical mass where it's worth engaging with the community for financial rewards. There are certainly some benefits to that - in the increasing range of vegan-friendly products available (from both vegan and non-vegan companies). However, the flipside is those that seek to take advantage of the vegan community for their own benefit, while giving the impression that they're doing it for the benefit of animals.

So, before we invest our time or money, it's worth considering the rationale of the immediate beneficiary (as opposed to the nonhuman animals that we hope will ultimately benefit). Because the question is no longer "are THEY helping animals, or just helping themselves?" It's now "are WE helping animals, or just helping themselves?" 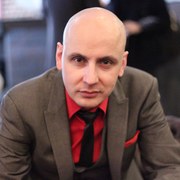 A vegan for over two decades, Robb Masters is the organiser of London Vegan Meetup (the world’s largest vegan social group), Secretary of the animal rights group for British Mensa, and a former consultant for The Vegan Society. He is also an administrator of ARZone.