Tim Gier explains why he believes that national legislation is better than state-by-state legislation in regard to the HSUS/United Egg Producers HR 3798 bill; even if it means that some states may have less stringent laws than they may have been able to pass on their own.

This bill was also discussed at length during the recent ARZone podcast with Bob Linden of Go Vegan Radio:

In the US, we have a federal system of government as well as individual state systems. Generally, all regulations and laws that are not included within the federal system are left to the individual states. However, any regulation or law that applies federally is the “law of the land” and must be followed by every state. The idea is that there are certain things that must be uniformly regulated, either because all citizens are guaranteed certain protections under the federal constitution, or because to allow a state-by-state approach to some laws, would essentially negate the effects of individual state actions.

For example, if one state were to disallow the marriage of a black person to a white person and a neighboring state were to allow it, then people in one state could circumvent the law in one state by getting married in the other. That would effectively negate one state’s laws. Of course, the larger injustice would be that some people (who were not able to travel to a neighboring state) would not be able to marry the person of their choosing. Therefore, since under the federal constitution no one should be discriminated against according to race, no state can pass a law that forbids a black person from marrying a white person. Federal law trumps state law in order to serve the greater good. What does this have to do with egg-laying hens? Only this.

Suppose that California were to pass a law requiring that all hens confined in that state were to be given certain minimum levels of care, which would disallow certain caging systems. Suppose that such a law would result in increased costs and inconveniences to producers. Suppose as well that neighboring states had different laws that allowed for producers to not incur those costs and inconveniences. Rather than producers incur the costs of continuing to do business in California, it is not unlikely that a significant number of them would simply do business in the neighboring states, and then import the eggs back into California. That would effectively negate California’s law. One way that California might try to get around this problem would be by passing another law that would require that any egg sold in California be produced in such a way as the production would comply with California law, even though the production were to take place in another state. However, that approach would have serious problems, because one state can’t interfere in the regulation of commerce within another state. That is to say, California can’t, on its own, impose it’s laws on companies that operate in other states. This is where the need for federal regulation fits in.

To regulate the production of eggs on the federal makes good sense. Yes, it takes the regulation out of the hands of the individual states, but in doing so it sets a uniform standard that applies equally to all producers in every state. Perhaps such regulations would not go as far as what any one state may be able to enact on its own, but, typically, federal regulations set a baseline higher than what most states have or would be likely to have if left to their own devices. Federal regulations also eliminate the problems of producers “cherry picking” locations for their operations based on which location allows them the least amount of regulation. When it comes to the standards of care, including caging systems, under federal regulations all locations would be the same.

As far as being able to enact stricter regulations and laws in the future, it would still be quite possible to do so, only at the federal level. From the standpoint of advocacy, which would be easier: Lobbying one group of federal legislators or lobbying 50 groups of individual state legislators? I think the choice is obvious. The production of food in the US (and increasingly worldwide) is controlled by a small number of large firms. It is true that most of these large firms rely on supposedly independent small scale operations that actually do the day-to-day work of rearing, confining, feeding, and so on. But these small operators each have one and only one customer and that customer (the large firm) dictates what the small operation will do. The production system works at and is controlled at the national level. It ought to be regulated at the national level as well.

One can argue that any attempts at regulation are ill-considered. I think that is patently false. It is not the case that significant numbers of people are going to become vegetarian or vegan in the near future. It is the case that billions of other animals are going to be reared, confined, and slaughtered for as far into the future as anyone can see. To allow the operations that perpetuate this horror to go on unregulated would be immoral. We won’t stop this holocaust in our lifetime or in our grandchildren’s lifetime (and anyone who thinks we can isn’t thinking clearly). We owe to those being killed that we do whatever there is possible to make their horrible lives less horrible, with the hope that in so doing we call attention to their plight, inducing more people to become vegan along the way. 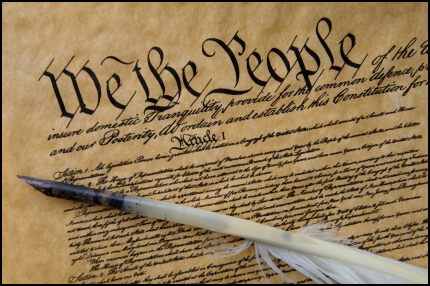