Put Your Ethics Where Your Mouth Is

Thousands of readers took us up on our challenge to make an ethical case for eating meat. Our panel of judges — Mark Bittman, Jonathan Safran Foer, Andrew Light, Michael Pollan, Peter Singer — narrowed the pool down to these six finalists. Vote below by midnight on April 24 on the one you think makes the strongest case.

What do you think? Are any of these six essays any good at all or are they each just justifications of human selfishness and speciesism? The first one on this list is particularly interesting. When you go to the New York Times to read these essays, they will not be in the same order they are listed here. Somehow the newspaper is able to switch up the order every time someone goes to the page. So look for them by the title. Thank you so much!!

The six essays are:

Meat Is Ethical. Meat Is Bad.

For What Shall We Be Blamed – and Why?

This Is the Deal We’ve Made 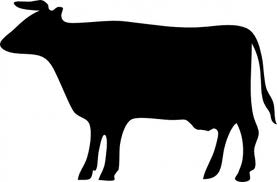 The essay titled "I’m About to Eat Meat for the First Time in 40 Years" won the contest with 38% of the vote. I think it's a shame that more vegans didn't bother to enter the contest. I believe it was an excellent opportunity for vegan education wasted.

When I first heard about this contest I had intended on submitting an entry myself, but time got away from me and I didn't. I understand the contest was one to "Tell Us Why It's Ethical to Eat Meat", but I saw that as a wonderful opportunity for vegan education, in a similar way that THIS ENTRY had made their case. This submission, which received more than double the votes of any other submission, ended their essay with:

In vitro meat is real meat, grown from real cow, chicken, pig and fish cells, all grown in culture without the mess and misery, without pigs frozen to the sides of metal transport trucks in winter and without intensive water use, massive manure lagoons that leach into streams or antibiotics that are sprayed onto and ingested by live animals and which can no longer fight ever-stronger, drug-resistant bacteria. It comes without E. coli, campylobacter, salmonella or other health problems that are unavoidable when meat comes from animals who defecate. It comes without the need for excuses. It is ethical meat. Aside from accidental roadkill or the fish washed up dead on the shore, it is perhaps the only ethical meat.

I think an opportunity was missed here. The contest was open to everyone to speak about the ethics of eating others, and I can't help but think that the more than 50 scholars who signed a letter protesting this contest could have spent their time better by submitting entries themselves.

This was a post Tim made at the time, explaining his intention to enter the contest as well: