To Fix The Climate, Take Meat Off The Menu

To fix the climate, take meat off the menu.

More than 50,000 U.N. officials, scientists, environmental advocates and a few heads of state will gather this coming week in Rio de Janeiro for a conference on sustainable development. They’re assembling 20 years after the first Earth Summit was held in the same city, and the goal now, as it was then, is to figure out how to cut dangerous greenhouse gases and help the 1.3 billion people living in extreme poverty. Or, to put it more starkly, how we can live ethically without threatening the ability of future generations to live at all.

That’s what’s on the agenda.

But what we want to know is: What’s on the menu? Specifically, will this large gathering on climate change be serving meat — whose production and consumption are major contributors to climate change?

We tried to find out.

The first answer to our e-mail inquiries ignored the question and pointed with pride to the event’s effort to be green. A U.N. spokesperson responded: “There have been quite a few actions taken by both the Brazilian Government and the UN secretariat to ‘green’ the Rio conference. For one thing, the conference will be ‘papersmart,’ with no hard documentation issued unless a special request is made for print on demand. I also know that the Brazilian Government has been addressing plastics issues.”

Pressing further, we found out from another U.N. spokesperson that priority will be given to “organic foods in catering services.” Which sounds nice enough, except that “organic” cattle typically produce even more methane per pound of beef than their less-well-treated brothers and sisters.

The United Nations has been holding environmental conferences since 1972. Initially these events focused on industrialization, economic growth and their impact on the environment. By the 1990s, the focus shifted to the effects of global warming. At the first Rio meeting in 1992, 154 nations, including the United States, promised to stabilize the level of greenhouse gases and prevent dangerous changes to the climate system.

They have failed miserably. Since then, the concentration of greenhouse gases in the atmosphere has risen to a level that many scientists think is already dangerous. Many climate experts suggest that we have less than two decades before we reach a point of no return — after that, nothing we can do will prevent climate changes from spiraling into disaster.

No one really believes that the Rio+20 meeting will result in a new agreement to limit greenhouse gas emissions. In that case, the best thing the conference could do for the climate is to remove meat from the menu — and to make a big deal about it. Everyone at that meeting should know that meat is a major contributor to climate change. It is also one problem that can be solved more quickly than others. Cutting out meat would do more to help combat climate change than any other action we could feasibly take in the next 20 years.

A 2006 U.N. Food and Agriculture Organization (FAO) report, “Livestock’s Long Shadow,” called raising animals for food “one of the top two or three most significant contributors to the most serious environmental problems, at every scale from local to global.” Since then, climate researchers Robert Goodland and Jeff Anhang have estimated that livestock and their methane-rich byproducts account for even more greenhouse gas emissions than the earlier report estimated — a whopping 51 percent. More conservative estimates say that meat accounts for about a third of greenhouse gas emissions.

If the United Nations and all the national delegations and activist groups at Rio+20 were to insist on eliminating meat at all the buffets, private dinners, embassy receptions, luncheons and breakfast briefings, people might start to think that the United Nations takes seriously the damage that human activity is causing to the planet. Yet, at a meeting that prides itself on being “green,” and where environmental advocates will be pushing their agenda, talking about meat seems to be an afterthought, or possibly even taboo.

While environmental groups campaign around the dangers of global warming, it’s rare to hear prominent leaders suggest that people stop eating meat — or even seriously cut back. At a recent U.N. meeting that one of us attended, one speaker, who was from a top environmental organization, spoke fervently about the need to reduce population growth. Then, at the meal that followed his speech, he enjoyed several helpings of osso bucco. Asked about the unsustainable aspects of a high-meat diet, he unabashedly said that he “could never give up” his meat.

And that is part of the problem. In the developed world, eating meat is a sign of the good life. It’s a diet that developing countries aspire to, although it undercuts efforts to reduce poverty. As the number of affluent people in countries such as China and India increases, so does the demand for meat.

To meet that demand, the FAO predicts that the number of farm animals raised each year will double from 60 billion today to 120 billion by 2050. Apart from the implications for global warming, this increase will put more pressure on grain, as vast quantities of it have to be produced to be fed to animals. Scholar Vaclav Smil, author of “Feeding the World,” has calculated that it is impossible for everyone on the planet to eat as people in the affluent world do now. It would require 67 percent more agricultural land than the Earth possesses.

A 2007 report from the Intergovernmental Panel on Climate Change spelled out some likely consequences of continuing high levels of greenhouse gas emissions over the next few decades: In Latin America, 70 million people could lack enough water, and many farmers will have to abandon traditional crops as the soil becomes more saline; in Africa, 250 million people would be at risk of water shortages, and the wheat crop could be wiped out; in Asia, 100 million people would face floods from rising sea levels, and less rain could mean reduced rice crops in China and Bangladesh. By the end of the century, the seas are expected to rise between seven and 23 inches. Islands and low-lying countries may simply disappear. Maldives is already saving money in the hope of buying a new country when theirs goes under.

There is clear evidence that reducing meat production and consumption would limit greenhouse gas emissions and possibly stave off these tragedies. However, after multiple revisions and weeks of negotiating, the word “meat” does not appear in the draft conference document for the Rio meeting. Instead, the paper discusses the need to reduce production and consumption of other products that cause global warming, without singling out that key culprit.

Global climate leaders will have a lot of pressing challenges on the table at the Rio+20 conference. It’s time to take the meat off their plates.

Frances Kissling is an independent consultant on ethics for NGOs and a former president of Catholics for Choice. Peter Singer is a professor of bioethics at Princeton University and a laureate professor at the University of Melbourne. His books include “Animal Liberation,” “The Ethics of What We Eat” and “The Life You Can Save.” 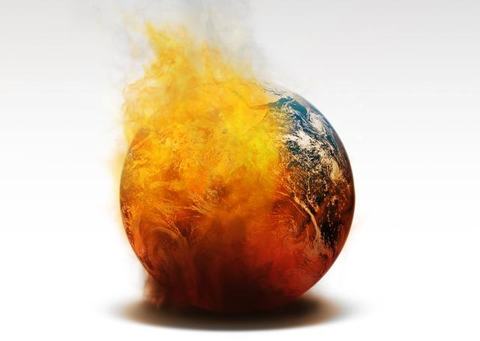