Is the word "vegan" being corrupted in the same way the word "vegetarian" has been in the past? If so, does it matter? Does it matter who chooses to identify as a vegan, or should we be more inclusive and accept that it's a personal choice? Edward Immel shares his feelings on the issue here.

The common usage of the word ‘vegan’ has begun to shift in the last decade, largely under the influence of celebrities and the news media. Instead of a philosophy and way of life that seeks to avoid the exploitation of nonhuman animals, ‘veganism’ is viewed by many as a fad diet now – and often as one that allows the occasional consumption of products derived from other animals. These recent changes in usage parallel the evolution of the meaning of the word ‘vegetarian’ in surprising ways. The first people to call themselves vegetarians were members of the Alcott House, a progressive spiritual community and school, which came to be known as ‘the Concordium’. They coined the word ‘vegetarian’ some time between 1838 and 1841. These vegetarians refrained from oppressing or killing animals primarily on ethical grounds. *Calling themselves a “consociate family”, they agreed to follow a strict vegetarian diet and to till the land without the use of animal labor.

They rejected eggs and dairy products. They objected to “cultivating the breed of animals for amusement and use” [1]. They taught that the “same divine law by which a man claims a right to live, equally extends to every sentient being” [2], and “Man loses his purity, his real manhood, when he descends to the degraded work of oppression and death, whether inflicted upon a fly, an animal, or a man” [3]. If they had lived in the late 1940s or early 1950s, they would have been known as vegans.

Today  most people who identify themselves as‘vegetarians’ in the West eat eggs and cheese and wear animal skins. Many also often eat fish or chicken. Similarly, the first vegans were what many now call ‘ethical vegans’. Donald Watson, the father of veganism and first president of the original Vegan Society, was particularly concerned by humanity’s exploitation of nonhuman animals. He spoke of this injustice in the first issue of The Vegan News: “We can see quite plainly that our present civilization is built on the exploitation of animals, just as past civilizations were built on the exploitation of slaves, and we believe the spiritual destiny of man is such that in time he will view with abhorrence the idea that men once fed on the products of animals’ bodies.” [4] For Watson the answer was veganism, a doctrine and practice of non-exploitation.

As he explained in his address to the International Vegetarian Congress:

“The vegan believes that if we are to be true emancipators of animals we must renounce absolutely our traditional and conceited attitude that we have the right to use them to serve our needs. We must supply these needs by other means … If the vegan ideal of non-exploitation were generally adopted, it would be the greatest peaceful revolution ever known, abolishing vast industries and establishing new ones in the better interests of men and animals alike.” [5]

In practical terms veganism meant excluding “as human food: flesh, fish, fowl, eggs, honey; and animals’ milk, butter and cheese”, and “encouraging the manufacture and use of alternatives to animal products”, wrote Watson [6]. When the early vegans met in 1951, as members of the Vegan Society, to agree on a definition for the word ‘veganism’ for the first time, the consensus echoed the view of Donald Watson.

“The word veganism shall mean the doctrine that man should live without exploiting animals.” [7]

Today we often see a different understanding of the meaning of veganism. Journalists tell us that a former US president is a ‘vegan’ for his health, although he eats fish. An American actress and singer tells us she’s also a ‘vegan’ who eats fish. A Canadian singer-songwriter says she became a ‘vegan’ to lose weight. An actress and author is a ‘vegan’ who occasionally eats cheese. An ex-vegan author asserts in a radio interview that most ‘vegans’ eat beef “once a week” and that when she was a ‘vegan’ she would regularly “binge on eggs and dairy” [8]. I’ve personally seen self-identified ‘vegans’ who claim that they don’t see anything wrong with killing animals for food, and “vegans” who cheat on their “diet” with ice cream or other dairy products. It seems the semantic shift that occurred with vegetarianism has begun again with veganism. Veganism is being reduced to a plant-based diet and not a very consistent one.

For some vegans these changes in the way the word is often used appear to be trivial, a distraction from the work of advocacy. Others see them as benign, ‘flexible’, and ‘inclusive’, even worthy of their support. I can’t agree with either view. Why would anyone who is serious about veganism and animal liberation want to support or passively allow the similar degradation of the meaning of veganism that is happening now? It would mean compromising or discarding our principles at every turn and supporting the exploitation of other animals. It would mean spreading confusion about what we stand for and weakening our message. If we constantly lower our ethical standards and tell others “veganism means whatever you want it to mean”, we will cease challenging people to do better. We might as well say: “Everything is vegan and everything is just fine”. If we try to stand for everything, in the end we’ll stand for nothing.

There was nothing wrong with the original meaning of the word. It was clear, self-consistent, ethical, and rationally defensible. It was inspiring. It’s something worth defending. It was the clarity and vision of the first vegans that caused them to rapidly grow from a group of twenty-five individuals to hundreds to thousands. We need more vegans like that today.

Originally posted at A Celebration of Women 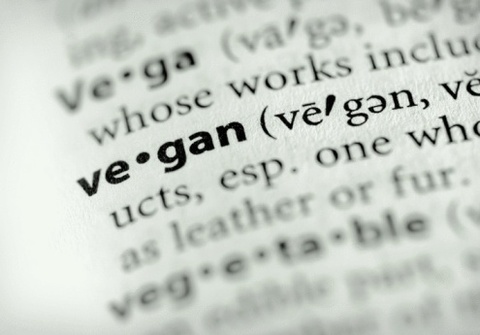 "There was nothing wrong with the original meaning of the word. It was clear, self-consistent, ethical, and rationally defensible. It was inspiring. It’s something worth defending".

I couldn't agree more with this.

Thanks for sharing, Carolyn.