Why Vegan? Lessons From an Animal Scientist

Lessons from an Animal Scientist

Dr. Jonathan Balcombe is a scientist who chooses to live vegan. But he is not your typical scientist. He has three biology degrees, including a PhD in ethology (the study of animal behaviour) from the University of Tennessee, where he studied communication in bats. In this riveting, richly-illustrated presentation, Jonathan reveals startling new discoveries in the realms of animal cognition and emotional complexity--from optimistic starlings, to choosy fishes, to dogs who object to unfair treatment. Jonathan explains how sentience--the capacity to feel--is the bedrock of ethics, and why veganism is the Holy Grail of personal activism for animals, the environment, and personal health.

Jonathan is the author of four books, with his ground breaking book on fishes - What a Fish Knows: The Inner Lives of our Underwater Cousins to be released in June 2016. 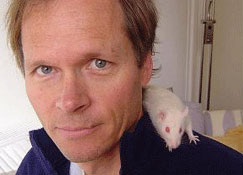 Jonathan Balcombe was born in England, raised in New Zealand and Canada, and has lived in the United States since 1987. He has three biology degrees, including a PhD in ethology (the study of animal behavior) from the University of Tennessee, where he studied communication in bats. He has published over 45 scientific papers on animal behavior and animal protection.

He is the author of four books:

The Exultant Ark: A Pictorial Tour of Animal Pleasure (University of California Press, 2011)

Pleasurable Kingdom: Animals and the Nature of Feeling Good (Macmillan, 2006)

The Use of Animals in Higher Education: Problems, Alternatives, and Recommendations(Humane Society Press, 2000)

He is currently at work on a new book about the inner lives of fishes, and a novel titled After Meat.

Formerly Senior Research Scientist with the Physicians Committee for Responsible Medicine, Jonathan is currently the Department Chair for Animal Studies with the Humane Society University.

Based near Washington, DC, in his spare time Jonathan enjoys biking, baking, birdwatching, piano, painting, and trying to understand his two cats. 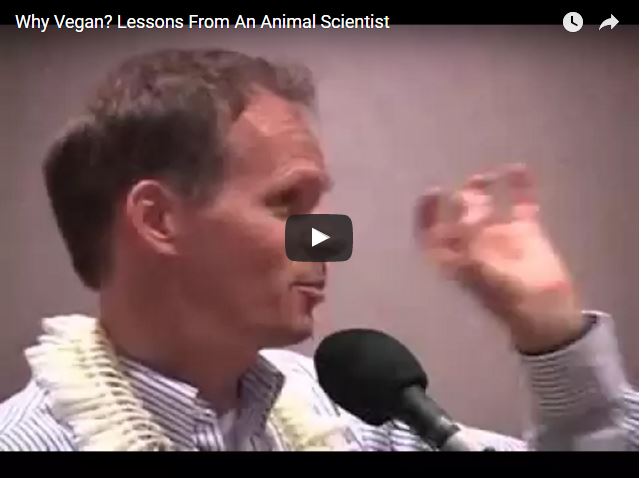 (Actual video is above, in the article).