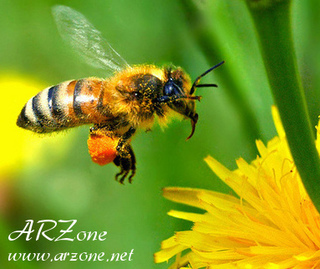 Are You Too Vegan or are You Vegan Enough?

ARZone is pleased to present the next in our series of Member’s Workshops.

ARZone aims to host Member’s Workshops as an opportunity to involve all members in a conversation about issues and opinions raised in previous Guest Q&A sessions, in order to think critically about those questions and answers, to involve all members in open dialogue, to explore certain issues more fully, and to consider the ways we can all become more informed and better advocates for other animals.

Rather than feature a guest, ARZone workshops are conducted as open forum discussions for ARZone members, facilitated by the site admins.

The proposed topic for this week’s Workshop is “Are You Too Vegan or are You Vegan Enough?”

There has been some controversy lately over the fact that some vegans admit to occasionally eating bone-char filtered sugar, or perhaps honey. These people often face quite a backlash from within the online vegan community. We’d like to explore these issues (some people are referred to as the “vegan police”) as well as whether advocating for veganism causes burnout.

Here are a few thoughts from recent ARZone guest chats which touch on these issues and may serve as starting points for our discussions:

In response to a question about what makes a person vegan, Dino Sarma said:

“A vegan is someone who views the use of other creatures, be it human or otherwise, as something that’s morally indefensible. The moral baseline is what defines (to me) a vegan. The diet & lifestyle are the physical manifestation of the moral stance.

It’s kind of why I view veganism as a struggle to reduce harm. There’s no such thing as /no/ harm. I understand that, and I think everyone does.

When harvesting my bunches of kale in mass farms, there are going to be bugs that are run over, or killed during the cleaning process. In the creation of many of the products that I take for granted (pain medicine, various food additives, etc) there are horrible animal tests that go on. I’m not going to condone them, and I’m going to do my best to avoid those things, but at the end of the day, I’d still like to live my life without boycotting myself into a corner.”

In response to a question about eating at non-vegan restaurants, Gary Smith said:

“I also hear the point of view that if vegans purchase vegan options at non-vegan restaurants, then they will add more vegan items to the menu.

That may or may not be the case, but if we are talking about a large chain like Chipotle or Subway, every dollar that goes into those businesses is ultimately helping them exploit and kill more animals.

It would make more sense to pack vegan restaurants until there are lines around the block, because then, their non-vegan competition will want a piece of the action.

I don’t enjoy going to non-vegan restaurants, and I’ve gotten more particular about it in my old age. Why would a vegan want to be around dead and exploited animals?

Why do you want to take the chance of having a body part of a sentient being in your salad or pasta?

Why do you want to trust a chef, who couldn’t care less about your ethical choices, to be careful not to cross-contaminate your dish with the secretions of an animal?”

In response to a question about burnout, Colleen Patrick-Goudreau said:

“I do live daily with the knowledge that animals are suffering greatly every day. But that’s not what I dwell on.

I’m a very solution-oriented person, so instead of immersing myself in the problem, I immerse myself in the solution, and in doing so, I’m constantly surrounded by hope. Every time we speak up for animals and act on behalf of justice and on behalf of truth, we are part of hope.

I believe the creation of the compassionate world we want starts with our thoughts.

If we believe that injustice and violence will prevail, then all I can say is I don’t share those thoughts, and those fatalistic thoughts compete with the hopeful thoughts that justice and compassion will prevail.

It is because of this hope, because of the transformations I witness every day, that I remain a joyful vegan.In any given moment, I can choose this perspective or I can choose despair or fear or compromise. But I choose hope.”

Please join us this weekend and share your thoughts about how you live as a vegan in a complicated and imperfect world.

Animal Rights Zone (ARZone) exists to help educate vegans and non-vegans alike about the obligations human beings have toward all other animals. By providing a space for a variety of blog posts, forum discussions, notes, videos, and more, ARZone fosters a sense of community among its members. Through live online chats and audio podcasts with a diversity of people who work both within and outside of the animal advocacy community, ARZone supports rational discourse and intelligent dialogue about the most pressing issues facing us today.