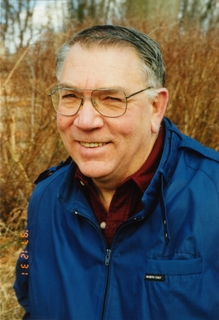 ARZone is pleased to announce this week’s Live Chat Guest.

Howard Lyman, known as the “Mad Cowboy” was a fourth generation family farmer for most of his life, until he transformed his small family farm into an intensive factory farm. In 1979 he was diagnosed with a tumor in his spine, and faced with the prospect of paralysis, vowed to return to non-chemical means of farming if he beat the cancer.

He survived an operation to remove the tumor and set out to transform his land into an organic farm, and in 1989, began to investigate Mad Cow disease, which was just becoming an issue in Great Britain, and, again facing health concerns, became a vegetarian and found his health improving, eventually becoming a vegan.

He is the former Director of the "Beyond Beef Campaign" & the Humane Society of the United States' "Eating With Conscience" Campaign; past President of both the International Vegetarian Union, and EarthSave International; and is currently President of Voice for a Viable Future.

Howard was awarded the Peace Abbey Courage of Conscience Award on April 12, 1997

Howard welcomes the opportunity to engage ARZone members this weekend on a range of topics, including his life as a cattle rancher, his extensive advocacy since and his philosophies in general.