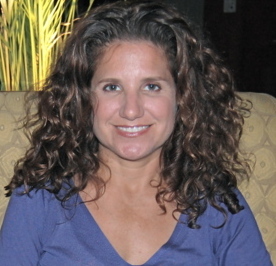 Mary Martin is a vegan, runner, meditator, atheist, wife and adoptive mom to Baby Sky (human), Violet Rays (greyhound) and Emily (kitty), living in Jupiter, Florida, which is in Northern Palm Beach County. She has a doctorate in Applied Linguistics from New York University, and that doctorate informed her almost-daily blog of four years (2007-2011), Animal Person, in which she deconstructs the language, ethics and economics of our relationship with nonhuman animals, and may be found here: http://www.animalperson.net/

Her most frequent topics of discussion were: greyhound racing, diabetes in dogs (Violet Rays is diabetic), TNR (she started Project Treadstone in her area, which has TNR’d about 50 cats), language, abolition and movement issues. She created Thinking Critically About Animal Rights (2007), an 8-page brochure, and revised it to the 4-page Thinking Critically About The Animals We Use (2011).

By trade, Mary is a writer/editor and has collaborated on, ghostwritten or edited over two-dozen nonfiction books, none of which are about animals. She is currently developing a book called “The Unadoptables,” written by people who intentionally adopted animals most would never take a second look at.

On the human front, Mary was a founding board member of an organization that served former foster youth in Palm Beach County. That was over ten years ago. Since then, she chaired the board, merged with a similar organization and chaired that board, and was the Interim Executive Director of both organizations in 2009. She is currently serving on the board of a media collective for disenfranchised youth (started by a vegan!) wherein the youth create short documentary films about issues that are important to them and their communities.

Mary’s husband of over ten years recently celebrated his third year as a vegan, and Mary first went vegan in 1985. She then went vegetarian, and then omnivore, and then vegan again a decade ago. This, of course, makes her sympathetic to the varying paths that individuals travel on their way to (and even from) veganism. Baby Sky is 9-months old, and cannot be called vegan because her formula contains D3 from lanolin. Other than that, she has never ingested an animal product and will be raised vegan.

Mary is honored to be asked to be interviewed, thanks you all for your time in advance, and hopes that she has something valuable to add to the Animal Rights Zone.

This is an event for which questions must be submitted to ARZone prior to Midnight GMT, Wednesday 23 March via email to Carolyn@ARZone.net.

ARZone does not endorse or promote the views of its guests and forum participants, ARZone does endorse and promote creative education efforts.

To find your time for this chat, please use this conversion site, or feel free to ask for help.