A Case For Direct Action 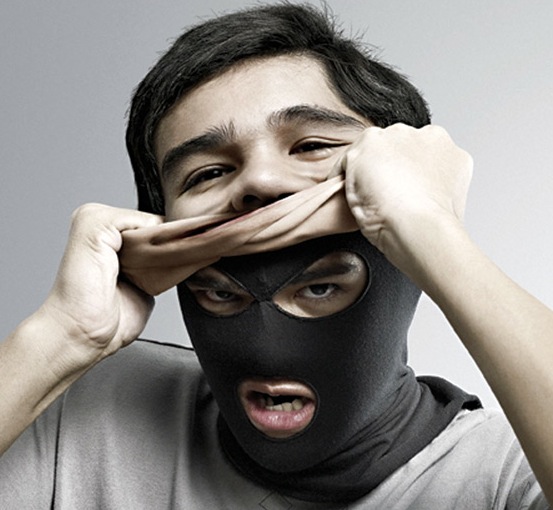 A CASE FOR DIRECT ACTION

A new civil war is unfolding--one between forces hell-bent on exploiting animals and the earth for profit whatever the toll, and activists steeled to resist this omnicide tooth and nail. We are witnessing not
only the long-standing corporate war against nature, but also a new social war
about nature.

"War" entails violence, hatred, bloodshed, and an escalation of conflict when dialogue fails. In the battle over animal liberation, negotiations are breaking down and boundaries are being erased on
both sides. Government and industry thugs unleash violence on activists, while
the Animal Liberation Front (ALF) employs sabotage, Stop Huntingdon Animal
Cruelty (SHAC) uses strong intimidation tactics, and militant animal liberation
groups such as the Animal Rights Militia, the Justice Department, and the
Revolutionary Cells openly advocate violence against animal abusers.

Realizing that adopting a nonviolent approach to animal exploiters in fact is a pro-violence stance that tolerates their blood-spilling without taking adequate measures to stop it, a new breed of
freedom fighters has ditched Gandhi for Machiavelli and switched principled
nonviolence with the amoral (not to be confused with immoral) pragmatism that
embraces animal liberation 'by any means necessary.'

Fallacies of the Mainstream

Many critics of the ALF, SHAC, and direct action tactics poorly understand what makes social change movements possible and effective. They rely on a naive model of political struggle and human nature
that assumes rational dialogue can solve all conflicts. They use facile
generalizations such as "violence is always wrong" and "ALF actions always get
bad publicity" that are flat out wrong. In addition, they consistently
misrepresent direct action advocates as naively believing that sporadic acts of
vandalism and intimidation alone can win animal liberation.

Looking at modern social history, it is clear that civil disobedience, property destruction, and violence have been important political tactics for the American Revolution, the abolition of slavery, labor
and national independence movements, suffragette struggles, and the civil rights
movement. Similarly, the history of the ALF and SHAC shows that break-ins,
liberations, property destruction, arson, and intimidation tactics have
completely shut down some operations, weakened others, and provided otherwise
unobtainable documentation of animal exploitation in fur farms, vivisection
labs, and elsewhere. As evident in the 1980s era of ALF-PETA press conferences,
the exposes of Huntingdon Life Sciences (HLS), and the summer 2003 attacks on
foie gras chefs and restaurants in the Bay area, dramatic sabotage and direct
action methods often get good press that reform campaigns cannot generate. This
valuable publicity exposes vicious industry practices and sparks important
public dialogue about animal wrongs and animal rights.

Whereas advocates of direct action such as Paul Watson, Rod Coronado, and Kevin Jonas use inclusive approaches that acknowledge the validity of different approaches in different situations, critics of direct
action wield exclusive approaches that deny the need for and validity of a
plurality of tactics -- both legal and illegal, aboveground and underground.
Mainstream "exclusionists" speak ex cathedra as if they alone possess Truth and
can infallibly predict which tactic will work.

If it is to succeed, the animal advocacy movement -- encompassing diverse voices for welfare, rights, and liberation -- must embrace a multidimensional and contextualist model of change rooted in the basic insight
that different situations require different and perhaps multiple types of
tactics to be deployed simultaneously. Eschewing dogma and pre-packaged answers,
this approach asks: what tactic or combination of tactics is appropriate to a
specific situation?

It is obvious that not all violence is justified, but it is equally obvious that not all violence is unjustified. Self-defense is one example where it is acceptable and prudent to use force against another
person if necessary. Beginning in 1974, the ALF declared war against animal
oppressors and the state that defends them, but the ALF did not start the
conflict. The ALF did not so much wage war as it entered into a war that animal
exploiters long ago began. If one party succumbs to a war initiated by another
party, it employs violence in self-defense and so its actions are legitimate.
Acting as proxy agents for animals who cannot defend themselves against violent
human supremacists, ALF actions in principle are just.

Just war theory emerged as a response by Christian philosophers to reconcile the non-violent teachings of Christ with a social reality rooted in warfare and violence. As developed by St. Augustine (354-430)
and St. Aquinas (1225-1274), and elaborated further by Francisco Vitoria
(1492-1546) and Francisco de Suarez (1548-1617) in the 16th and 17th centuries,
just war theory employs two different criteria to evaluate a violent conflict.
The jus ad bellum (right to war) condition addresses the grounds for entering a
war and the jus in bellum (right in war) condition involves the circumstances of
waging the battle once it begins. The jus ad bellum condition holds that if one
party wages or enters into war with another party, violence must be employed as
a last resort after efforts to resolve conflict through peaceful means have been
exhausted. The jus in bellum condition requires that violence must be exercised
in proportion to what is needed to end a conflict and not be
excessive.

In terms of conditions for entering a conflict, direct action groups like the ALF and SHAC have strong reasons for resorting to illegal actions, sabotage, and intimidation tactics. After all the welfare
campaigns of the last century, ever more animals are being killed in
increasingly horrific ways. Where laws protecting animals exist at all, they are
weak, poorly enforced, and constantly revised and watered-down. In cases where
the legal system fails the animals, such as Paul Watson found in his fight to
protect seals and whales, activists have no choice but to circumvent it and
apply direct pressure on exploiters.

ALF and SHAC actions also are consistent with the ethical constraints placed on waging a conflict. One might argue conservatively that an illegitimate use of violence would entail, among other things, physical
violence against human beings. But, as non-violent groups (I do not define
property destruction and psychological intimidation as violence), the ALF and
SHAC never attack or injure human beings, however righteous their anger against
animal exploiters. Given the gravity of the situation for the animals they
represent, such direct action groups should not be criticized for using
excessive force but rather commended for exercising moderation and
restraint.

The ALF attacks property, not people. Moreover, the ALF only targets those directly involved in animal exploitation and thus avoids those who qualify as 'innocent' or 'non-combatants.' According to just war
criteria, 'collateral damage' in a war is expected and unavoidable, but
combatants must seek to minimize it, as does the ALF. SHAC, interestingly, has a
different tactic that blurs the line between combatant and non-combatant. By
pressuring companies and individuals who do not directly work for HLS but
provide financial backing or other services, such as cleaning, SHAC sees those
indirectly associated with HLS as legitimate targets and combatants.

The critique of SHAC's home demonstration tactic as illegitimate because it is potentially harmful to children misses the mark. It is not SHAC's intention to cause any psychological trauma to children, but if
SHAC is engaged in a just war, this trauma can be viewed as unfortunate but
unavoidable. SHAC critics favor human interests over animal interests in a
speciesist way. The harm children might suffer from a home demo is
inconsequential compared to what animals suffer in HLS labs and can be assuaged
through conversation. SHAC critics privilege the relative comfort of bourgeois
children over the absolute misery of animals, psychological discomfort over
physical agony, and potential harm over certain suffering and death. If one used
a utilitarian calculus in this 'your child or your dog' situation, surely the
scale would tip heavily toward the animals.

Critics of direct action fail to see that non-violent approaches condone or contribute to violence in a larger context. Undue concern for children involved in a SHAC home demo, for instance, means
more animals will suffer and die. The question is not whether one will be
nonviolent or violent, but rather which violence will one unavoidably support?
As Paul Watson states in his book, Sea Shepherd: My Fight for Whales and Seals,
'To remain nonviolent totally is to allow the perpetuation of violence against
people, animals, and the environment. The Catch-22 of it -- the
damned-if-you-do-damned-if-you-don't dilemma -- is that, if we eschew violence
for ourselves, we often thereby tacitly allow violence for others, who are then
free to settle issues violently until they are resisted, necessarily with
violence.' Similarly, in her Afterword to Terrorists or Freedom Fighters'
Reflections on the Liberation of Animals, Ingrid Newkirk writes, 'If a
concentration camp or laboratory is burned, that is violence, but if it is left
standing is that not more and worse violence' -- Isn't the chicken house today's
concentration camp' -- Will we condemn its destruction or condemn its existence?
Which is the more violent wish?'

There is a new face of animal rights activism, a new militancy entirely appropriate to the dire suffering of animals. Direct activists urge non-violent and legal tactics as preferable wherever they can
work. But they also understand that not all human beings respond to compassion
and love; that choices are strongly conditioned by economic, political, and
other institutional ties and interests; and that intractable social conflicts
are not solved by education and legislation alone.

If we are ever to win the battle for animal liberation, it will be only after the animal advocacy movement stops infighting
and learns to respect and utilize its amazing diversity of approaches. We must
renounce dogmatic positions that see only one way to the future and adopt a
pluralist and contextualist approach that understands the need to fight our
battle on as many fronts as possible, using tactics that are legal and illegal,
aboveground and underground.

Ultimately, we need a revolutionary social transformation that dissolves the worldviews, hierarchies, and sensibilities
that generate violence and conflict against humans and animals alike. Until
then, let's strive for more understanding, respect, and cooperation in our own
house.