Ronnie Lee, founder of the Animal Liberation Front talks about how he is still identified with the ALF, what he thinks about the role of direct action in the movement for other animals, and how he believes that progress depends on education an political involvement. 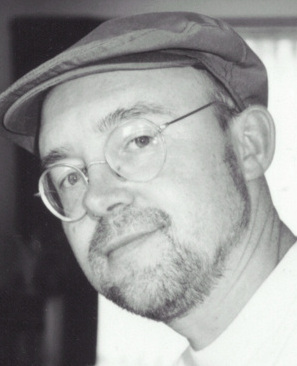 Hhhm, well, this interview is a lot shorter than I expected it to be.  I appreciate the comments in the interview about being honest with ourselves about what is effective.  There are many times when I can recognize the issues discussed in the interview with Ronnie Lee.  I have seen many instances of venting frustrations with no real certainty that the shaming or irritation tactic will work (not that there is no evidence, the HLS campaign is full of evidence that those tactics can work if done right).  I have seen vigils where the activists cannot seem to keep their minds on the animals for just half and hour, preferring to chat, giggle and make plans for dinner.  Is it a social gathering or a protest, people?  I realize that we need to have relationships, but there are times for that and times to focus on the animals 100%.

I often find it difficult to measure what tactics are effective.  The first protest campaign I ever became invested in was one being done against a specific store that sold animals exploited by the pet-trade.  Our protests were peaceful to a fault.  We held signs and offered leaflets to passing motorists.  We believed we were raising awareness about the pet-trade, but we found out that we were also providing free advertising for the store.  In the end I have no market research data to prove which side we helped more.

There are times, though, when I feel sure that being at a protest has helped.  The most effective street protests, I feel, are the protests against the use of animals as entertainment.  I measure the effectiveness by the numbers of people who tell me that decided not to buy a ticket because my friends and I informed them, and I measure it by my perception of increased awareness and concern in pubic comments, and from what appears to be a lower attendance.  I also measure it by the numbers of people who cry when they see the videos of the animals they just watched performing, being beaten into submission, and then vow never to buy a ticket again.

I think that always being honest and always speaking on behalf of the victims is effective.  Every time we do that we are doing vegan outreach.  So, a circus protest that informs the public (using video and carefully communicating the facts on behalf of the animals and supporting their inherent rights to live free from human exploitation) is vegan outreach; as is a vivisection or fur protest that informs the public while hopefully interfering with a business profiting off the animals.  And, I think that a lot of other forms of outreach and protest and direct action are very effective.  I think the key is how it is communicated and keeping honest with others and ourselves.

When I see someone wearing fur I really want to exact poetic justice, or just scream at them, but that is not putting the animals first.  So, I often force myself to approach them, and inform them of how their garment cost the animals whose skins were taken to make it.  But, that is not good enough.  Talking to one person at a time with the hope that they will have a change of heart and then tell their friends is not going to work.

I think that there is something missing and I think that the way that the greater AR movement is changing is doing damage.  I do not think that changing the meaning of veganism (the current trend among many major groups and activists is to change it to a diet that suits the person) is going to do anything positive for animals.  We are way to disorganized and everyone who says "why can't we work together" really means "why won't you do it my way" or "why won't you follow my hero, and stop bashing him/her because no matter what she/he does, he/she is a god and we should all follow and constantly praise her/him".

Clearly, churches do not let people become pastors without going to seminary school.  But in AR we have several gods and they get a lot of devoted followers.  And from the beginning every one of us just goes out and starts talking, and making mistakes and communicating poorly and making the wrong psychological assessments, getting stuck in our prejudices, and changing our message in the hopes that "saying it this way will work".  That is no formula for success.  That is bad science.  I would have expected vegans to be better critical thinkers, but right now I think we are just the same as every other human asshole, basically selfish and not as smart as we think we are.

This interview with Ronnie was a very short one, but there is a much longer one with him here:

You said: "everyone who says "why can't we work together" really means "why won't you do it my way""  ... I so very much agree with this statement! I completely agree with your last paragraph too.