In this special Looking Back, Moving Forward podcast, ARZone presents the thoughts of 35 advocates and activists from around the world - looking back on 2012 and moving forward into 2013. We hope you’ll enjoy listening to these remarkable and dedicated people share their thoughts on past success and hope for the future. This diversity of voices shows that even though many of us favour different approaches, we are each committed to community and progress. Audio Podcast, approx 2 hours 27 minutes.

Please click H E R E to listen or visit this webpage to subscribe using iTunes, and please remember to visit the podcast page to view a complete listing of all ARZone podcasts.

ARZone sincerely appreciates the participation of each of the advocates and activists who’ve contributed to this project. We are proud to be able to add our small contribution to the movement we share with these fine people as the work continues on behalf of other animals.

The participants in this project are (listed in order of appearance):

Tom Regan, who began teaching college in 1967, is the moral philosopher whose ground-breaking book “The Case for Animal Rights” (1983) is widely regarded as the definitive argument for a rights-based theory of animal ethics. Prof. Regan is on the web at http://www.animalsvoice.com/regan/.

Nick Cooney, Compassionate Communities Campaign manager for Farm Sanctuary and author of “Change of Heart: What Psychology Can Teach Us About Spreading Social Change” (2010).

Will Tuttle, tireless traveling lecturer, educator, and author of “The World Peace Diet” (2005).

Robert Garner, professor of political theory in the UK and author of Animal Ethics (2005), and Animals, Politics and Morality (2004).

Jonathan Balcombe, ethologist, public speaker, Chair of the Animal Studies Department with the Humane Society University and author of numerous books including “Pleasurable Kingdom: Animals and the Nature of Feeling Good” (2007).

Karol Orzechowski, producer/director of “Maximum Tolerated Dose” (2012), a documentary focusing on the lives affected by vivisection.

Robin Lane, an advocate and activist for three decades, organiser since 1998 of the London Vegan Festival.

Colleen Patrick-Goudreau, the ‘Compassionate Cook’, public speaker, activist and author of many books including The 30-Day Vegan Challenge: The Ultimate Guide to Eating Cleaner, Getting Leaner, and Living Compassionately (2011).

Anthony Nocella II, educator, community organizer, and author/editor - most recently of “Earth, Animal, and Disability Liberation: The Rise of the Eco-Ability Movement” (2012).

Marc Bekoff, a recognized expert in the study of animal emotions and behavior, a prolific author whose work includes the 3 volume “Encyclopedia of Animal Behavior” (2004).

Melanie Joy, social psychologist and author of “Why We Love Dogs, Eat Pigs, and Wear Cows” (2011) and “Strategic Action for Animals” (2008), founder and president of the Carnism Awareness and Action Network.

Peter Singer, often called one of the world’s best known and most read philosophers, Prof. Singer is widely credited with rekindling the modern advocacy movement for other animals with the publication of his book “Animal Liberation” in 1975. 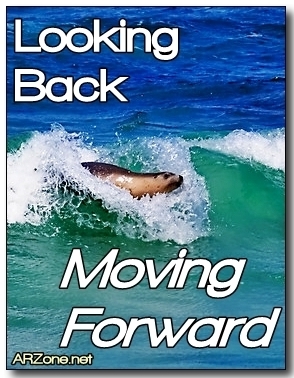 Thanks, Sharron! There are some amazing individuals in this podcast, it was a real pleasure to speak with 35 of the most dedicated and hard-working advocates and activists in the world.

We would have liked to have spoken to many more, because we know there are so many more out there who are also doing incredible work!