The Ethical Behavior of Those Who Should Know Better

Eric Schwitzgebel is Professor of Philosophy at the University of California. He's studied the relationship between one's stated moral beliefs and one's behavior, as shown by the responses to numerous surveys he and colleagues have conducted. Eric is particularly interested to discover whether, on average, those philosophy professors who teach Ethics are any more likely to behave ethically than are other college professors. His work thus far shows that the answer is: No. Ethicists are no more likely to behave ethically than are non-ethicists.

You may hear Prof. Schwitzgebel discuss his findings and what he thinks those findings mean in this newly published "Philosophy Bites" podcast episode: http://philosophybites.com/2013/09/eric-schwitzgebel-on-the-ethical... Please give it a listen, it's only 16 minutes long.

What I think is important about Schwitzgebel's work is that it does not only study whether people behave according to what is generally thought to be ethically correct, it also studies whether people behave according to what they themselves accept as ethically correct. Since his research seems to indicate that having a clear understanding of what is ethical doesn't correlate positively with behaving more ethically, it makes me wonder how effective it can be to try to convince the general public that some behavior is ethically bad. After all, if knowing, according to one's own standards, that some behavior is ethically bad makes one no more likely to refrain from such behavior, then attempts to increases such knowledge may be a poor use of time and resources. The goal can't be simply to change how people think about the ethics of using other animals - what a person thinks about such ethics doesn't necessarily translate into any meaningful difference in how a person acts towards other animals.

The goal of advocacy, it seems to me, ought to be to change how people behave towards other animals.

If the goal of advocacy for other animals is to change the behavior of humans towards other animals, then perhaps such advocacy ought not to include so much talk about ethics and morality. Apparently (according to Schwitzgebel) lots of people who eat and use other animals already accept that doing so isn't ethically good - they still do it anyway. Remember, these are not uniformed, bad people - they're professors of Ethics!! What good would additional "moral arguments" be for them? Very little good at all.

Perhaps advocacy would be more effective were it to focus on making it easier and more convenient for most people, regardless of what they say believe about ethics, to live without using other animals. 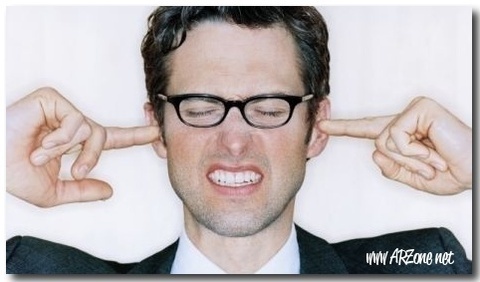 I believe that a focus within the movement on turning people vegan amounts to a mistake.

Do you mean it's the way you communicate your message to others that's important? Don't we want the world to be vegan to stop animal explotation? I do. I can see that's the only way. Although I admit I'm one of those persons who is not pure. I'm more vegan than vegetarian but not strict. I'm not sure I understand this argument. Having a vegan lifestyle and living by example to influence others to make that choice does in my view: 'change how people behave towards other animals'. How do you suggest we go about it please Tim? ie. How would you work towards having people behave [behave what? behave better?] _____ towards other animals?

Please understand I'm not being sarcastic or 'smart'. I totally respect your views and thoughts. I haven't been in here for a while and am pleased to see you still here. Thank you.

If arguments and persuasion are not useful tools in accomplishing the sorts of changes that vegans and supporters of 'animal rights' seek, then what can be done to make the lives of other animals better for them? That's a difficult question to answer. Before human beings (in general) will change their behaviors towards and practices concerning other animals, there are going to have to be material changes such that the use and consumption of other animals to achieve human goals becomes much less efficient and more more costly (and not just in monetary terms). I am not hopeful that such changes are likely to occur.

I should also say that some 'abolitionist' goals - such as the ending of the human practice of keeping other animals as 'pets' - are not possible to be universally achieved at all, ever, given the sorts of creatures human beings and other animals are.

Permalink Reply by Mandy Barlow on November 11, 2013 at 22:22
Okay thanks. It just takes time (a few times) for the realisation to sink in. I changed my behaviour when I joined Animal Liberation. I stopped eating fish - because of what I was told. And I started feeling bad that I was making fish suffer. I then stopped eating eggs and dairy.

I have had few vegan people tell me "Mandy, you can't expect people to stop eating animals". I say "why not, I did". And they then say, "but not many people are like you or me". That really offends me. I'm not special and neither are they. We just started to realise what we were doing was wrong - we couldn't see it because everyone was doing it (cultural).

We don't know why we do the things we do and almost all of our explanations for our own behaviors are rationalizations after the fact. We are not in charge of our own lives in the way most of us think we are - our conscious experience of life is like the experience of one who sits in the audience, watching the movie unfold, trying to make sense of it all.....