The Importance of Being Unsure

The primary reason I keep this blog alive is that I believe there’s some value in honestly exploring and evaluating not just the issues endemic to animal rights, but more critically how we think about those issues. This is one of the many reasons I work to read beyond the field, as it were, seeking to absorb perspectives and approaches to understanding the world that one might otherwise miss by staying in an intellectual comfort zone (or cultivating relationships with the converted alone). This free-ranging tendency of mine was rewarded the other day by Malcolm Gladwell’s recent New Yorker piece on the late and underestimated economist Albert O. Hirschman, on whom there’s a new biography out by Jeremy Adelman.

Intellectually speaking, before I even knew what I was doing with my life—in particular, when I was struggling to make sense of a pile of hard-earned data for my dissertation—I had fortuitously  discovered Hirschman’s work. His economic thought struck me as both weirdly intuitive and refreshingly humble. In fact, I’d never read anything like it. If there was a foundation to his thought, it would be, as he put it, the quest “to prove Hamlet wrong.” That is, to show that, despite our cultural belief that persistent doubt is prohibitive and obstructionist, it can be the truest and most powerful catalyst for beneficial change. Hirschman, I gather, never thought much about animals, or the human-animal relationship. But, given that few endeavors as mysterious as trying to initiate a cultural shift in what people eat, his faith in the agency of being unsure is directly relevant to those who do think about it.

In the New Yorker piece, Gladwell notes that Hirschman was influenced by the Italian intellectual Eugenio Colorni. According to Adelman, “Colorni believed that doubt was creative because it allowed for alternative ways to see the world, and seeing alternatives could steer people out of intractable circles and self-feeding despondency. Doubt, in fact, could motivate: freedom from ideological constraints opened up political strategies, and accepting the limits of what one could know liberated agents from their dependence on the belief that one had to know everything before acting, that conviction was a precondition for acting.”  I think that this an excerpt worthy of considerable reflection.

We are culturally eager to praise the power of conviction—especially when it’s unwavering. We celebrate our heroes—MLK, Gandhi, Garrison, Douglass, Fuller, etc.—and quote them to reiterate their fealty, and by extension ours, to a set of solid and inherently superior set of ethical ideals and tactics. But the reality is such that anyone who has accomplished anything in terms of lasting social and cultural change has had to accept some level of compromise, even the great leaders referenced above. They adjusted their ideals and methods over time, never doing something so boring as being perfectly consistent. If history proves anything, it proved this: the reality of change requires flexibility and the result, however successful, never measures up to its idealization. In light of this axiom, what Hirschman does is therefore quite useful. In particular, his thought demonstrates that when you approach change without cemented adherence to a radical conviction you remain better open to ideas that might, however inadvertently and unexpectedly, advance your cause further than they’d otherwise go. I know too many animal rights voices who build a frame, crawl inside it, declare themselves king of the world within that frame, and forget anything that happens beyond it.

I realize that this might all sound rather limp. Please note that I’m not suggesting that anyone soften their passionate convictions about animal rights and how to advance them. I’m only noting the danger of wearing those convictions like an armored suit. It evokes defensiveness on everyone’s part and ends in further animosity. Before I ever became a vegan I’d heard the stereotype of the smug, self-righteous, and morally superior vegan.  I never believed it. Still don’t. But, since becoming a vegan, I can sometimes see why the stereotype persists. Again, I’m not saying that some principles aren’t better than others—I’m no relativist (more of a pluralist a la Isaiah Berlin, one who believes in right, wrong, and shades of gray). I also believe in living life as best we can according to the highest ideal of compassion we can imagine. The trick, as Hirschman might have put it, would be to do so while allowing a tiny little wheel to spin in the back of your mind to remind you that, however unlikely it may be, you could, alas, still be wrong.  Everyone should doubt themselves just a little bit. 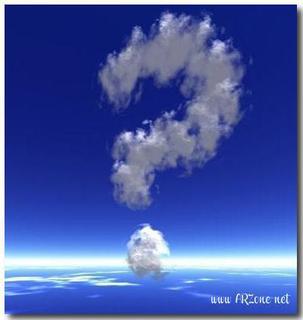 This is a great essay! Tim Gier has been saying similar things for years ~ that no matter what position you hold, you should hold no position so firmly that you don't fully accept that you could be wrong.

I agree Caroline. I think having some doubt allows you to see more sides to an issue, and settle on the one that holds the greatest level of acceptability to one. But it does acknowledge the existence of alternatives and enables ongoing refinement of beliefs. I think holding firm to a belief or opinion without the existence of doubt is potentially psychologically damaging should that belief be proven wrong. I suspect the world is full of examples of people who couldn't cope when a strongly held conviction was challenged. Accepting that alternatives exist can be a calming influence.

Here is the link to the New Yorker article by Gladwell that clarifies some of the concepts.  It is an interesting read.