The Meaning of Veganism ~ Tim Gier

The Meaning of Veganism

And it is an ideal.

What I mean is that if one can only be vegan when one never consumes (in any way) any product derived unjustly from any other animal, then no one can ever be vegan. I believe that most vegans acknowledge this reality: No one can be 100% vegan.

In many online conversations about this I’ve asked whether anyone knows of any way to drive between the two horns of this apparent dilemma, but so far there have been no suggestions forthcoming. It doesn’t matter whether we’re talking about a dictionary definition of veganism, or the socially constructed meaning of veganism that’s developed over time, or a carefully crafted technical specification about the properties of veganism; I see no way to solve this dilemma.

Either the meaning of veganism will be such that some sorts of consumption of other animals is allowed (for example, the trace amounts of insects and other animals that we knowingly consume along with our commercially grown cereals and grains) or the meaning will demand an absolute prohibition against all use (which no one can live up to).

Since every person who calls themselves vegan knowingly consumes some animal products in some way at least some of the time, then questions about who is or isn’t vegan are questions of degree and not questions of kind. If one vegan can excuse themselves for eating insects in their oatmeal, then to what degree must other vegans go in order to eliminate all products derived from other animals from their lives?

If someone has an answer, I’d love to hear it, because the best one I can come up with is “Do the best you can”.  I might not care so much about this, but I am gawd-awful tired of what I perceive as people trying to “out-vegan” each other all the time. 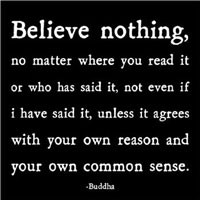 A very logical argument, well written Tim. But i tend to agree most with the final sentence - i don't think its that important to explore further, except to offer some policing to any unruly 'better than thou' vegans. I think veganism is pretty well defined as an aspirational concept. Personally, i always appreciate other vegans suggesting more ways to reduce animal exploitation - moreso when they aren't patronising, but i am mature enough to mostly ignore poor delivery and forgive them on the grounds of a societally rare vegan philosophical alignment. I've only encountered it once in any significance though.

Where this question might get a little more interesting for me, is exploring how far the 'degree' of veganism extends in respect of other perceived ethical lifestyle positions - vegetarianism etc. In other words, how many animal exploiting products can a vegan consume before they become a vegetarian? As tempted as I am to take an abolitionist hard line against vegetarians, i can't help but wonder if that is too harsh for a few reasons.

1 - It rejects (with aggressive overtones where i have seen it) the psychological shift a vegetarian has made in choosing to eschew meat. That's probably not a successful way to keep someone making a transition to removing animal exploitation from their lifestyle. Heavy criticism might work on a minority, but i suspect the majority of vegetarians will be turned away by what they perceive as angry and/ or extreme vegans.

2 - It also rejects the incrementality of major shifts in core philosophy. My career has been spent in marketing, with significant time studying the ways people can be persuaded to buy a range of products. I have learned that there is a wide range of decision making processes behind consumption - people vary, and the ideas, concepts, products or services they consider buying also affect the decision making process hugely. What is very evident is a correlation between the size of a positional shift one undertakes and the amount of effort, and stages involved in making a big change. In simple terms, buying a new home commands vastly more consideration than a tube of toothpaste, even more so when that home is significantly different to the current one owned (larger, smaller, different location etc). Relating that to veganism, some people just wont go straight to vegan from omnivore. I don't see it as hypocritical to have an abolitionist vision and still accept that non-abolitionist strategies can contribute towards the realisation of that vision. Just accept that for many people, vegetarianism is a necessary pitstop on the way to veganism.

3 - And it rejects the chances that an individual level, someone who moves from meat-eater to vegetarian might not simply substitute meat with other animal products in their diet (eat more cheese, eggs etc); the vegetarian might also start to reject leather, down and other animal products. They may adopt a pet as part of their developing consciousness of animal rights issues. Hell, they might open a vegetarian restaurant and provide enough vegan options to allow a local vegan meetup group to blossom.

Surely, any conscious change in behaviour that reduces the total amount of exploitation of non-human animals is a step in the right direction? I have no idea how one could make an objective assessment of whether an average vegetarian diet is responsible for more or less exploitation than a meat eating diet. So surely all claims that there is more cruelty in a glass of milk than an ounce of stake are quite possibly hyperbole? I am happier with the statement that both are hugely exploitative.

So, what's my point? I hope that you can use this discussion point not just to reduce people trying to out-vegan each other, but to stop out-vegging each other in condescending fashions.

Thank you for your thoughtful comments. I agree almost entirely with everything you've said. Perhaps that's because I spent 25 years training people how to sell cars? :)

I am fascinated by what makes people "tick" and I believe that there is much less science than there is art in the effective ways to influence human behavior. One thing I do know and that is that people do not like to be "sold" anything - they like to buy things, to make their own decisions, to know that they are in control of their lives, even if they accept the help and guidance that a good salesman (or teacher, or preacher, or mentor, or parent) has to offer.

I think that there are at least two dimensions to be considered. (forgive my rushed thoughts, I usually take days to construct responses).

I don't think the concept of "100%" can be applied to very much when talking about human beings and their doings. Its like trying to claim that there is a state of 100% health. "health" doesn't exist as an objective, in itself state. I like to think that there is some objectivity to health and strive for it, but the human condition precludes any notion of 100 %.

Regarding dimension 1, I like to think that when it comes to veganism , my mind , my principles, and my devotions are carried into , a part of, and acted upon in my encounters. In this sense  "I" percieve and interact through a "maximum" vegan base.

In dimension 2, my body ,my actions/reactions are based on the most (subjectively) objective assessment of the contextual limits or availabilities within these encounters. (The limits of 'limits' should always be questioned.)  So in dimension 2, the physical evidence of my doings are not all that measure me as 100 % 'vegan' in the end. My maximum intentions are also relevant to whether I am 'enacting the principle'.

In a podcast just published today (http://arzone.ning.com/forum/topics/arzone-podcast-44-the-ronnie-qu...) UK activist Kevin White, who among other things is the organizer of the West Midlands Vegan Festival, says that he thinks that if people had been more demanding on him when he first got involved in the movement that he might not have become vegan. I believe that Kevin also says that he's seen new vegans stop being vegan because veganism has been presented to them in such a way that they believe that being vegan is something beyond their reach. (I hope I am not misrepresenting what Kevin said!)

So, I agree with you.

Here in the UK the number of vegans remains tiny at 2-3% of the population. It seems that a fair number of people try it but only a small % stick with it long term. I wonder if it’s the ‘purists’ who fail most often? By having such strict guidelines for themselves do they make life to hard? Are they unable to cope emotionally with being less than 100% pure so if a crunch point comes decide to abandon veganism altogether? I don’t know – I am genuinely interested in why lots of people do not remain vegan (when it really is getting easier) – and how we can try to change this.