Burning down buildings is not cool. Vandalism is a waste of valuable time that could be spent actually helping animals. Corpse-munching industries will only rebuild bigger, newer, faster killing machines with the insurance money and if they don’t, some other company will surely pick-up the slack and get a boost in sales. Until the demand is absent, there will always be those money hungry mother-fuckers (yes they mechanically child-rape Mrs. Cow to provide milk making them mother-fuckers) to capitalize at the expense, death, and misery of everyone. The machine is far too big/refined to stop in a violent way. Vandalism is violent and sets a terrible example for children. If we want violence to stop, we must make it stop with ourselves first. And yes, I was a vandal as a teen, so I speak from experience.

I am all for direct action and confrontation; however, I concentrate on the sources – actual corpse-munchers and their children, and yes, schools and our leaders. There is nothing more direct than confronting people everywhere I go, whether at work or play, I always speak veganism with corpse-munchers whether they want to hear it or not. Until we change attitudes, violence or threats of against businesses are pointless acts. There are more creative ways to get our point across to more effective/receptive targets and we have not even scraped the surface of vegan education for the children.

So to all those poseurs that write about how cool it is to set cars on fire and make anonymous death threats, I say, go do your thing, but in the end, we are only wasting time and the children are watching us hurt our cause – peace. We could use your help confronting school boards and alerting children to the dangers of animal products. Either you are too tough or too afraid to leave the children to stumble while you blow-up cars and threaten further violent acts.

Dear violent poseurs,
Would you stop doing something you believe in because someone threatened you with jail or violence? Certainly not. Then why on Earth would you expect anyone else to?
An associate

It is all about priorities. The animals are waiting while some choose to travel down that same old ugly violent road of hereditary ignorance that only begets more violence. That said, I can’t find too much fault with vegan abolitionists who promote violence as their hearts are in the right place and they are only doing what they have been taught; but, unfortunately, many of those minds are closed and even more are too busy to think of such things, let alone to create creative ways to educate children. 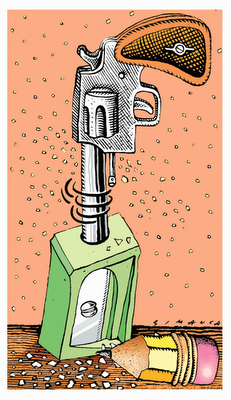