Violence is an essential ingredient of the flesh we eat. Really serious violence!
This is a given for most people whatever their political or moral stance.
Not everyone will admit it of course and some people will never see the
connection between flesh and murder but there’s no getting away from
the fact that for every beef burger, chicken nugget or bacon sarnie some
unfortunate creature was subjected to a violent attack which resulted
in its unpleasant, bloody demise. This in our world is usually finalised
with a knife to the throat and this, above all, is the reason why we should
as a society address our eating habits. Aside the obvious it’s actually
in our own interests because if this is to remain a normal process for
humanity then humanity is not going to move forward. There are other hurdles
of course but none so vast. 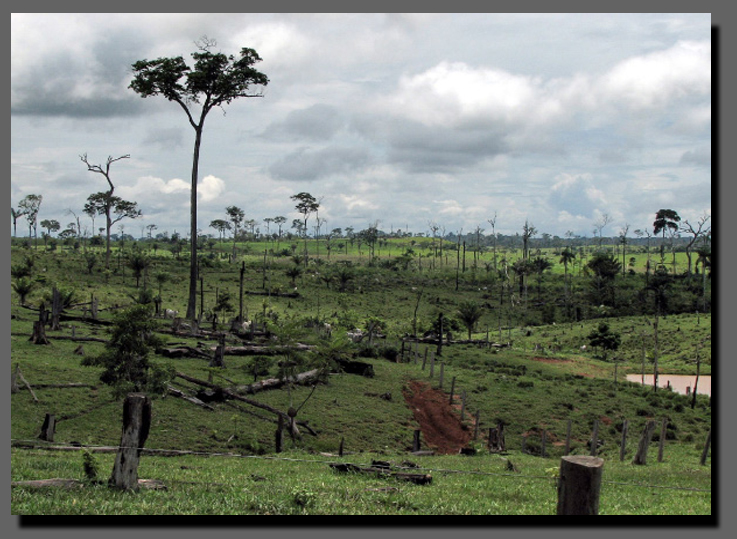 If the infliction of such violence on another is not sufficient incentive to evolve our behaviour then perhaps we also need to consider the direct
impact upon our world of creating so much negative energy, energy which
feeds back into the world we experience and generates more of the same.
Such thinking is to become normalised as we advance our understanding
of our world we inhabit and the wider universe and animal rights campaigners
are leading experts in forging a better world for the animal kingdom:
a significant majority of life on Earth. Others are catching up with the
‘animal nuts’ and joining ranks in the spiritual evolution
that we are experiencing but campaigners have to ensure they are not diverted
up a dead end by the very institutions challenged.


Animal farming is also an extremely wasteful process which sees vast quantities of vegetable protein - and animal protein - fed to animals in order to
turn them into ‘meat’ which is then sold on as a luxury product.
According to the Food and Agriculture Organization of the UN: “Livestock
now use 30 percent of the earth’s entire land surface, mostly permanent
pasture but also including 33 percent of the global arable land used to
producing feed for livestock…. As forests are cleared to create
new pastures, it is a major driver of deforestation, especially in Latin
America where, for example, some 70 percent of former forests in the Amazon
have been turned over to grazing”. 1.

It is further calculated that for every 17 kilograms of high-quality vegetable protein fed to cattle just one kilogram of meat is returned. This is not
a good use of food. Concerns are legitimate when challenging such waste
and the widespread human malnutrition that addressing this cycle could
help to alleviate. Cows and other large ‘farm animals’ consume
vast quantities of fresh water too. Here again there are very real and
legitimate concerns about misappropriation. If this isn’t enough
incentive to reconsider our complicity in these crimes grazing animals
tend to cause erosion, remove vegetation and create desert. We turn forest
to desert using extreme violence and mock those who abstain! In 2006 some
55 billion farm animals were slaughtered and the industry of course wants
to keep increasing this number. We should be careful not to get lost in
the numbers here and remember that each one represents a conscious, breathing
individual with a capacity to suffer equal to our own. Their suffering
is our suffering. 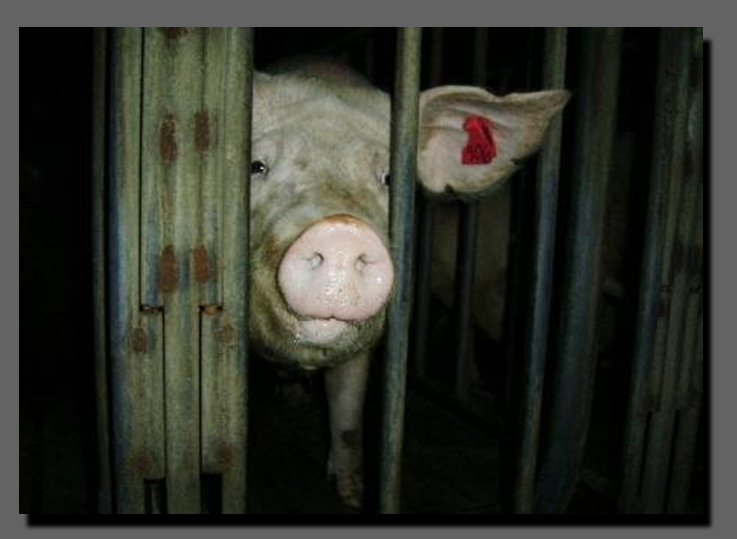 There are a great many problems with flesh production. No scientific opinion is needed all one has to do is watch an animal grow in the farm environment
or observe its fear as it reaches the point of slaughter. In the more
confined farming process such as the industrial or factory method pharmaceutical
drugs are widely used in animals and their feed in order to suppress diseases.
This raises serious questions about the impact on human health and the
environment as does the proliferation of growth promoters, steroids and
hormones. All such drugs have also been tested on animals and all of them
have killed the test animals. The point of this seems to be purely for
the sake of it but of course animal experiments are designed to give some
validity to the widespread use of the pharmaceutical mafia’s poisons.
We are told they were tested on animals first so by definition they must
be safe but the truth is, as ever, quite the reverse.

In more recent times what is often called upon by animal rights activists and even some environmentalists as the most pressing argument against
the rearing of animals for meat is the impact of this process on climate
change. While it is clear from cursory inspection that farm animals produce
a great deal of waste, the science behind claims that human activity is
driving the climate are less clear. In fact the science is seriously corrupted
and whether we like it or not there is no good scientific evidence that
global warming is being caused by our activities, as destructive and wasteful
as they clearly are. While such thinking is far from the mainstream it
has been obvious to researchers for some time and increasingly so since
the release of emails from the East Anglian Climate Research Unit in December
2008 followed by similar exposures at New Zealand's NWIA, Australia's
climate centre and elsewhere which have shown us that people called scientists
have manipulated the data in order to hide unhelpful weather patterns
which disprove the anthropogenic theory. They are employed to lie to us
in order to further a greater agenda of the global power structure. 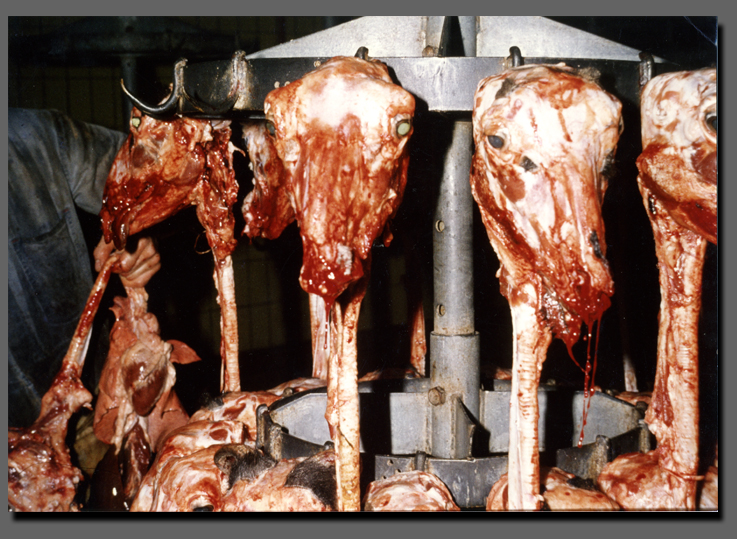 Accepting we have been duped by global manipulators and their media lackeys is something we must not fear indeed this is something we all need to understand is
absolutely the norm. It doesn’t mean we have to side with the oil
industry and gas guzzlers and so on nor do we have to agree to carry on
regardless using and abusing the planet and its inhabitants. We will continue
to see this story unravel and the truth will spread and as that happens
we need to be sure that we have not laid our cards on the table alongside
those who seek to impose the greatest controls on human activity ever
seen on the back of the global warming scam. If animal rights campaigners
do not address their stance on this issue and continue to base them on
a lie then an entire movement is going to lose all credibility while millions
of birds will continue to enter scalding tanks fully conscious, pigs will
go on dying of fright in the queue to be stuck with a knife and cows hearts
will pump out their life blood as they hang ungraciously by their back
leg on the slaughterhouse production line. There are millions of good
reasons to expose the meat industry and we should tell people of them
at every opportunity. If on the other hand we allow ourselves and our
movement to be used as a vehicle to drive ahead a long planned agenda
to control human activity we will find ourselves unable to protest against
the very institutions that are destroying everything we love.

The truth is out there and the truth will set us all free.