Of oysters and education: why a rights-based approach to vegan education makes sense ~ Vincent Guihan

Of Oysters and Education: Why a Rights-Based Approach to Vegan Education Makes Sense

I've been working on a series of blog articles about vegan education and the very serious need to change our advocacy models when a truly fascinating piece appeared in Slate. Myléne Ouellet at My Face is on Fire shared it, and she'll probably blog about it. I'm scooping her, though!

In the Slate piece, Christopher Cox treats us a lengthy argument as to why eating oysters is not a
moral problem if we only take animal suffering and the environment into moral consideration as our reasons to be vegan.

Because I eat oysters, I shouldn't call myself a vegan. I'm not even a vegetarian. I am a pescetarian, or a flexitarian, or maybe there's an even more awkward word to describe my diet. At first I despaired over
losing the vegan badge of honor—I do everything else vegans do—but I got over it. Oysters may be animals, but even the strictest ethicist should feel comfortable eating them by the boatload. There are dozens of reasons to become a vegan, but just two should suffice: Raising animals for food 1) destroys the planet and 2) causes those animals to suffer.

I could go on about the problems here, but what's even stranger in light of these kinds of stories is the continual harangue from many advocates that we need to "raise awareness about animal suffering". It reflects a serious divorce from social reality.

To be clear, I am not defending Christopher Cox. He strikes me as a very misguided person who obviously enjoys pleasuring himself with oysters more than he concerns himself with moral questions. But what is he doing rhetorically? He is using the claims that most of the animal advocacy community uses (that animal suffering is wrong, that people should go vegan for environmental
reasons) to stage a rhetorical claim that vegans should not object to oysters because they do not suffer meaningfully and their cultivation is not bad for the environment. The bigger picture is that these are claims that animal advocates should either avoid or put them more clearly into the context of rights-based advocacy.

What I'm saying is that, as a community, we need to start interrogating the received wisdom of our figureheads when they tell us that dressing up in a chicken suit to encourage people to cut back on chicken until KFC starts gassing them using CAK puts the revolution on the horizon. We need to stop advancing any old reason to go vegan and focus on animals as moral persons who have rights and veganism as the appropriate practice in light of those rights. We need to stop thinking in terms of eliciting an emotional response that can be solved by a donation for national organizations and their figureheads and instead start thinking about how we'll radicalize and organize vegans to change society as we know it.

In the modern West, animal suffering, liberation and other aspects of "the animal question" have been publicized by the animal welfare community for about 200 hundred years (give or take). In the last several years, animal use has figured prominently on The OC, Family Guy, Oprah, Ellen, in the Guardian, in the New York Times, (not including a few documentaries, as well as recent books by Jonathan Safran Foer, Mark Bittman -- now even Moby is getting in on the act), as well as countless, countless, countless other TV shows, and publications. I'm not pulling anyone's leg: the
public is ready to hear about these issues and about rights-based veganism.

More important, HSUS has raked in half a billion dollars in the last several years. The 'humane' meat industry rakes in even more. Why do animal advocacy groups continue to
insist that the North American public is unaware of animal suffering as a moral problem?

Of course, the public is confused about what that suffering means to them in moral terms, its causes and what they ought to do in light of it. They may also be in the dark about highly specific methods of torture, but the general secrets are out: we use animals; they suffer because we do; it is typically very bad for the environment when we do. The advocacy problem is that, historically, most people have not really cared enough to change their lives and go vegan in light of these reasons.

It is not because the public are sociopathic monsters who have no empathy; it's because large animal advocacy groups do not unequivocally promote an end to animal use and have told the public: don't worry about it, just donate or just phone your congressperson or just cut back, or just buy 'humane'.

The public is sent conflicting and unclear messages and the public often takes the easiest path afforded to them. Advocacy groups have not historically focused on educating the public as to why it is critical for them to take the rights of other animals seriously and go vegan as a result. They have not focused on veganism largely because it is not in their financial interests to do so.

This is also why rights-based, abolitionist vegan education is both critical and completely ideologically distinct from animal welfare-focused, 'happy meat', 'reduced-use' and other forms of education. When we say: "we should treat animals better!" the public will demand and suppliers will
respond with (at best) better (and more economically efficient) treatment, or vat grown meat, or animal species that cannot feel pain or any of the other complicated schemes intended to keep people buying and consuming animal products.

More important, however, no one in the public will have been educated about veganism and the rights of nonhuman animals. They will not take the rights of animals seriously (except by accident). They will not go vegan (except by accident). Most important, they will not lay the personally-driven but community organized foundation required to change the fundamental nature of the social relationship between human and nonhuman animals. We need to educate them to do so, and not just as individuals, but as a community.

What is critical to nonhuman animals is veganism based on the view that animals have (at least) one basic right: the right not to be used as property because they are moral persons. I didn't come up with this last idea. Gary L. Francione did. But I believe it. It is not just about educating people that animals suffer or that animal use is bad for the environment (although these are both often true). Those secrets are (increasingly) out.

Instead, animal advocates should focus on educating people about why causing other animals to suffer and exploiting them is morally wrong and why veganism is the most important thing (even if it is a basline) they can do in light of the rights of other animals. As important, advocates
need to start building a community.

Handing out fliers is very important, but we need to shift our work from an ‘individual to individual’ approach, and instead, start building a lasting community with different institutions (e.g., youth groups, cooking classes) that emphasize different social relations (equality, feminism, anti-classism, anti-speciesism, etc.). We need to catalyze both personal and systemic change. Advocates need to undertake the work of organizing a community to build that change, since certainly, political communities do not build themselves.

We need to do the work to eliminate food deserts. We need to educate people about nutrition. We need to create shelters and rescues for nonhuman animals. We need to bring other human beings out of slavery (and you'd be surprised how many human beings still live in slavery or very close to it). That's the basis for change, and we can only do it as a community. That means doing outreach, but also creating youth groups, breakfast programs, co-op buying programs, businesses that create plant-based alternatives for food, clothing, entertainment and other animal uses today, teaching cooking classes and more.

In short, we need to create the alternative set of social relations right now today that will help turn personally-driven change into community-organized and organizing change. We need to start creating lasting social institutions in our community so that they will feel at home, want to stay and want to build with us. It's not a small task, but if we want to see social change, they we have to create it.

If you are not vegan, you should go vegan today. If you are not an abolitionist, but want to learn more about the approach, feel free to read more from Vincent HERE. 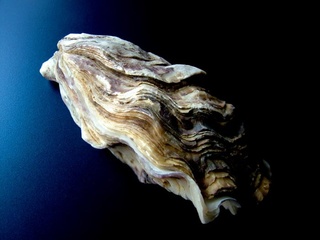