[I began to write a response to Tim’s observation for the FB discussion - but then realised that I was writing a blog entry, so that is why I have decided to post it here instead. In addition, I have not written a blog entry for a while, so that’s my second excuse!]

On a psychological level, I believe that animal advocates are hindered in terms of arguing against animal use because we are arguing for items of property and not about legal persons. While animal advocates may regard other animals as moral persons, society certainly does not. Therefore, it seems to me that, be it in the courtroom or wider society, having other animals moved from the “thing” side of the person/thing divide to the “person” side would be desirable.

Even so-called “companion animals,” who arguably come closest to being regarded as individual persons in society, are still things in law and (ultimately) are treated as things in society. This is why we have few and sometimes no issues about surgically altering them, controlling their sex lives, controlling their movements (including bowel movements) and having them "put to sleep” often when it suits us and not them.

The Francionian case against welfare reform in this respect revolves around the claim that reform does not challenge the property status of other animals and, therefore, does not address fundamental issues in human-nonhuman relations.

I agree. I think there is a lot of merit in Francione’s position about the property status of other animals. Whether the “problem” could be reduced or even eliminated by the claims that accompany abolitionist reforms would be something worth exploring but I doubt Francione is capable of rational discourse at this stage, and certainly not with Tim Gier.

I regard “The Abolitionist Approach” as pretty much a busted flush. It is not fit for purpose. However, I’m inclined to think that this is not because the approach is wrong in any - or certainly many - of its fundamentals; it is very much more about the delivery of the approach which has been an absolute disaster, and seems to be getting far worse, more dogmatic, and more shrill and hysterical in tone.

A general issue is the habit of animal advocates to use broad brush strokes to describe something sociologically and psychologically complex. This is another failing of “The Abolitionist Approach” since it seems to simultaneously suggest that the public are both stupid and not stupid. On the one hand, they are presented from an elitist position as cultural dupes and dopes who can be persuaded to do this and that, and buy this and that, by welfarist promotion of items and, on the other hand, they are depicted as far too clever to be so fooled.

The reality is likely to be that some people can be persuaded by the promotion of some “humane” item and see no need to further boycott animal products, while some others will see through the propaganda and still see the cruelty and rights violations therein, so to speak. It is also possible that, by thinking about the ethics of our use of other animals as a result of "humane" product promotion, people will open their hearts to animals for the first time and make adjustments in terms of their behaviour towards and consumption of other animals. Others will better respond to a clear "go vegan" message. I favour giving out, consistently, the latter message, even if I recognise other possibilities.

My own position is not to be as worried about the promotion of animal welfare by animal welfarists as “the abolitionists” are. I do not promote animal welfare reforms myself, I do not recommend, ever, that others do, and I do not recommend vegetarianism rather than veganism, or the consumption of “happy meat.” Due to my involvement with Animal Rights Zone (ARZone), it has recently been suggested that I am now a raving animal welfarist in favour of the welfare paradigm described above. I believe that one "abolitionist" recently called me, and others associated with ARZone, "vile."

My position is clear: animal welfarists do welfare, and what should be much more of a concern for “the abolitionists” is the fact that their arguments do not resonate with the vast majority of animal advocates.

Now, there are lots of structural reasons for that, which they rightly point out; it is true, for example, that animal welfarism is the dominant way by which society and the “animal rights movement” looks at human-nonhuman relations, and it is true that the large advocacy groups have too much of a say and they are not challenged enough. However, it seems to me to be a major concern that “the abolitionists” simply do not possess the educational skills with which to advance their own position. They do not talk with people, they talk at them. They are so sure that their position is 100% correct, that they cannot cope with the mildest form of questioning. Speak back and one is accused of being both “morally confused” and a “new welfarist.”

Theirs is a one-way-street model of education which is ultimately based on strict social controls. This is why they can never get more than 30 people actively and regularly involved at any given time. Whenever they set up a forum, they first work out how to exclude people rather thanwelcome them. Their apparent insistence in employing systemic social control mechanisms seems to demand the inclusion of only a small number of adherents. In effect, then, they are an anti-movement faction, and they cannot hope for, nor seemingly desire, a mass movement which inevitably would contain diverse and dissenting voices. I’d suggest that they actually like their marginalised position and the freedom they believe it gives them to snipe from the sidelines. Although they regularly seem interested in addressing animal advocates, and they sometimes use "we" language, "the abolitionists" often claim not to be part of the existing animal movement. They often claim that "the general public" are much more open to their message than are the "people in the animal movement" (see Francione's podcast with Rob Johnson). This begs the question as to why they waste so much time with people they see no hope in and why, more importantly, they have failed to build a pretty large movement of their own from this very receptive audience that they claim to have. In truth, they know they must speak to people in the existing movement, they just do not know how to.

For them to make a mark in the prevailing movement means talking to animal advocates and not merely lecturing. They need to find ways around the obvious blocks that exist preventing their message being heard. In the internet age, they cannot claim that powerful movement gatekeepers are capable of maintaining their marginalised status. They are marginalising themselves by, for example, not participating in forums such as ARZone. Ironically, due to their inability to educate – for education requires the ability to listen as well as talk – they would quickly make themselves unpopular in such forums and, indeed, regularly seem to: there are recent reports that some “abolitionists” regard being banned from other groups’ FB pages, for example, as a positive “achievement.”

Sorry to say – but they also lie a lot and are not really interested in the truth. When they have decided something – especially if they decide that someone is a new welfarist – then that is what that person is, period. The fact that such persons do not fit into their blueprint of “new welfarist,” and instead correspond to their own model of “abolitionist,” does not matter in the slightest.

I have recently been challenged to a debate by Gary Francione, which he suggested he could arrange to be chaired by Gary Steiner, author of some wonderful books on human-nonhuman relations. I have accepted.

It came to my attention, however, that “an abolitionist” forum contained false claims by two of its most prominent members suggesting that I had ignored Francione’s challenge (he himself taunting and mocking on FB that I had run away from him). When a member of this forum pointed out that I had indeed accepted the debate, she claims that her post was deleted so that members could not see it, and she was warned by one of the moderators about such postings. Disgraceful behaviour in my view - but apparently not untypical, sadly. 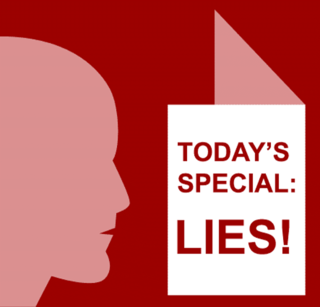