The argument is simple. Those who use and abuse other animals cannot countenance the idea of animal rights while they claim to understand, support, and strictly adhere to the principles of the ideology of animal welfarism which essentially suggests that non-cruel use is both feasible and morally acceptable.

This means that when animal-using countermovement interests interact with state agencies and regulators,... the only language they can speak to each other in is the language of animal welfare - we'll treat animals well while we exploit and kill them. They cannot - on any level - understand the issue of other animal use in terms of rights-based animal rights. They cannot think of other animals as rights bearers and they cannot allow themselves to believe that their use of other animals are rights violations.

Of course, the countermovements and state agencies are not the only ones who have difficulty seeing other animals as rightholders, or regard what happens to them as rights violations. This is not the usual way by which the animal advocacy movement frames the issue of animal use. Even those section of the animal movement who go under the "animal rights" banner are often not adherents to the philosophy of animal rights as laid out by the theorists on the subject such as Tom Regan, Gary Francione, and Joan Dunayer. They tend to talk about treatment rather than use, and speak of acts of cruelty rather than rights violations on the grounds that "the public" understands the former and reacts negatively to the latter.

This is why I use the term rights-based animal rights to mark its differences and philosophical departure from rhetorical (empty) animal rights, which is unfortunately the norm in animal advocacy. It remains a sobering thought that only a minority in the "animal rights movement" are rightists.

I believe that the MeatPoultry.com piece again supports and further reinforces the notion that animal rights advocates need not themselves get deeply involved in the incredibly messy business of welfare regulation. The regulation of atrocities does not have a envious track record in the spheres of human rights or animal rights. What animal rights advocates can do - should do in my view - is maintain their rights-based claims-making about what happens to other animals - and let the mainstream animal movement and the animal user industries translate that into welfare. They will anyway; I know you've heard the news by now, welfarists do welfare. 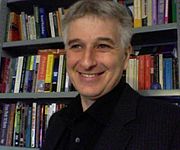