Are We Even Asking The Right Questions? ~ Tim Gier

Are we even asking the right questions?

Much of what advocates for other animals talk about has to do with whether this approach or that approach will be most effective in getting other people to accept that harming and killing other animal is wrong. That is, we ask questions such as: Is it helpful to show graphic photos? Or, Should we focus on so-called single-issue campaigns (protesting the slaughter of dolphins for example) or should we focus on promoting veganism? Or, Will advocating for less-cruel forms of exploitation (cage-free housing for laying hens for example) actually make things worse – make it harder in the long run to bring about the changes we seek? These are all interesting questions. But what if they are not the right questions?

Are we even asking the right questions?

What if it doesn’t matter whether or not we show graphic photos? What if it makes no difference whether we focus on the slaughter of dolphins or promoting veganism? What if how we make, or do not make, incremental changes in the current abhorrent practices ends up changing nothing at all in the long run?

What if none of all this matters to the vast majority of people who currently think nothing at all about the ways in which other animals are harmed and killed?

Unfortunately, I suppose that just isn’t true. What I believe is true is that people, by and large, do know what’s going on when it comes to how other animals are being treated and killed every day. I believe that many people choose not to recognize the facts as they are. I also believe that there is no argument that will change most people’s minds. Rather, I believe that people ignore the facts about other animals, just as people have long ignored the facts about other human beings when it was in their self-interest to do so. I also believe that arguments and “reason” are, more often than not, employed by people to defend what they want to do and have decided to do, come what may. We are clever animals, we humans, and we know how to rationalize and justify whatever it is that we like and want to do.

What I do know is that throughout the course of human history, the hard-won battles for increasing social justice have not been won because the majority of people “woke up” to the great moral crisis of their day. Those battles were won because the other side had already lost. Human slavery in the Atlantic ended in the 18th century not because most people suddenly recognized the inherent value – the humanity – of people of African descent. Slavery ended (such as it has) as a result of a complex set of compelling psycho-social, political and, most importantly, economic forces that converged in time. There had been a 200 year moral crusade against slavery prior to its abolition. That moral crusade was ineffective at ending slavery because the people who supported slavery effectively ignored that crusade. To those people, the argument wasn’t compelling and the facts of the matter didn’t matter at all. What mattered was their self-interest and when it became clear that it was in their self-interest to abandon the institution of slavery, that institution was abandoned (even when it was abandoned in the wake of war).

Are there possible some similar set of forces that will converge in time and bring about the end to the exploitation of other animals? As I said, I don’t know. I’d like to remain hopeful, but to be honest, it seems an unlikely possibility to me. I can no longer foresee the day when “the world is vegan” and it’s not because I don’t want it to be. It’s because I can’t see the day when most other people will want it too, and there is no argument and there are no facts that will make them – go vegan. 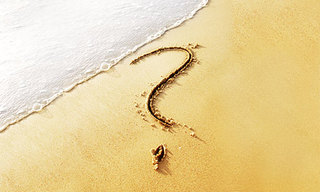 Hi Tim.  Yes what questions we ask do matter.  I can understand your conclusion, and at times it does seem like a bleak and futile effort to change.  Slavery still exists in some corners of the world, but is still being  eradicated and the numbers of people who would have suffered had it not been would be enormous.  So perhaps it is valuable to think of the ones who would have been victims but were saved.  The numbers of vegans across the world is growing and that in itself saves many animals that would have been killed to supply a demand that is no longer there.  It's great to see vegan products being more readily available in outlets that only stock food that is going to make a profit. I read The Tipping Point by Malcolm Gladwell some time ago, and I think that if momentum keeps growing then at some stage there will have to be the change we hope for.  The meat industry exists largely because what they do is kept under a veil and it suits people to remain blissfully ignorant.  They can get away with it largely because not enough people are asking questions.  My personal experience with becoming vegan, and from what I know from others, is that someone will say something or they will see something that just hits the mark and will change their behaviour. For me, the transition from vegetarian to vegan came when listening to a vegan lawyer for animals who said that cows cry for up to 7 days grieving for their babies who are taken so people can have their milk. For me, the thought of the emotional pain that is grief changed me overnight.  That was three years ago and I have had no desire at all to go back to being vegetarian.  So that question that is asked, or that comment that is made, matters a lot because that just may be what changes a person.  When there are enough changed people, then will come the tipping point and vegan will become more the norm than the fringes.

to an extent i agree with you. personally i would attribute little or no capacity to direct there lives to people. partly due to what i see as rather convincing arguments for determinism and, standing apart form but also a constituent part of the argument for determinism, the power of socio/biological factors in determining peoples thoughts, feelings, actions and general make up. but given these presumptions or not, education initiatives can effect people. if it is the case that we live in a state of determinism this education represents some sort of input in to the process that determines us and so has an effect. if it is not the case that determinism exists but that socio/biological factors play a large part in determining us then, in a similar way, education represents some sort of input. if nether of these things are the case and we are free or mostly free to determinism ourselves, which seems very unlikely to me, then education represents information that can be assessed and can presumably be taken or left.  given that education has an effect no matter the process that humans come to be why they are by it is a useful thing to do, if you get it right, as it has the potential to change people.

also do we not perhaps have signs that the other side has "already lost"? at least in the last couple of centuries we have seen a growing middle class which, as i understand, has historically given rise to altruistic behaviour. in the last 35ish years seen a enormous expansion in academic discussion about non-human animals and our interactions with them. over a time scale that i don’t know possibly seen a growing number of ethical vegans who’s motivations are in some sense anti speciesist based rather than anthropocentricaly based. over the last couple of centuries seen a massive rise in the provision or education. it seems to me that these factors may well be part of the factors, apart from a moral crusade, that are needed to address the issue of cultural speciesism and harmful effects.

weather the growing middle class will continue under deepening global capitalism remains to be seen. possibly some sort of radical socialist economic and social reform or revolution would be useful for both reducing human illfare and creating a more egalitarian society which potentially and, if it is the case that affluence breeds altruism, would also be good for the non-human animals too. furthermore, i would tentatively agree with you that social justice issues of the past have been addressed by forces outer than the moral awakening of people, or something like that and only tentative because I have not studied these historical issues. but i don’t think we have fully seen what will happen in regards to moral arguments in a society that involves those factors stated above. i have hope that these factors have and will increase peoples receptivity to moral arguments.

In my animal & social justice activism I butt up against the weight of despair most people experience living under the 'system' created by the last few hundred years of capitalism, be it state based or so called liberal democracy.  This system actively discourages people thinking freely to come to their own well considered decisions, as this would be counterproductive to the capitalist world of growth & consumerism, which holds humans, animals & the earth to ransom.  This is not the only way to organise how we live & impact on the earth & non-human animals, but unfortunately the dominate way at this point in history.  As a skeptical optimist I hope that I am seeing in the rise of social movements around the world, the challenges needed to counter capitalism genocide, so the bleak future many despair of for our children & grandchildren, become the future scary stories around the camp fire. Solidarity to all activists, we need to continue the work on all fronts!