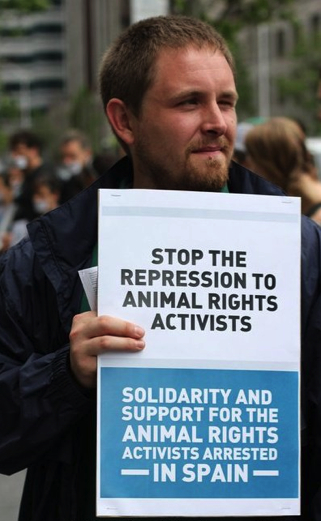 ARZone is pleased to announce this week’s live chat guest.

Dylan Powell is a community organizer from St. Catharines, On (Canada). He started the media project/radio show, The Vegan Police, in Oct 2008, as a campus and community vegan radio show. Their primary objectives have been to promote veganism through providing a wide array of viewpoints, music, interviews and more.

Prisoner support has been a focus of his activism and he has held fundraisers and provided support for numerous animal activists/liberationists; the AETA 4, Walter Bond, SHAC 7, Spanish 12 and more.

Dylan welcomes the opportunity to engage ARZone members this weekend on a range of topics, including his work with The Vegan Police , his extensive advocacy work, and his philosophies in general.