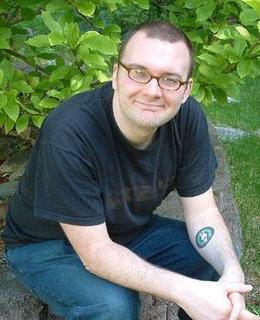 ARZone is pleased to announce this week’s live chat guest.

Josh Harper is an animal rights activist and anarchist, who has been vegan for 15 years, during which time he has advocated for the liberation of both human and other animals

Josh was one of the defendants charged in the Stop Huntington Animal Cruelty (SHAC 7) case, which was one of the first cases in which defendants were charged under the infamous Animal Enterprises Terrorism Act. Josh subsequently spent three years in federal prison for the “crime” of making public speeches advocating for non-violent direct action against Huntington Life Sciences (HLS).

Josh is the founder of Conflict Gypsy, which is an attempt to catalogue and digitally distribute decades of animal liberation and environmentalism literature, to not just preserve and circulate pieces of the history of the movement, but to also help activists learn from and build on the successes and failures of the past.

Josh is also involved in podcasting with Vegan Threat, which is a radio broadcast which speaks on a range of topics regarding animal ethics and veganism, as well as featuring interviews with other advocates.

Josh welcomes the opportunity to engage ARZone members this weekend on a range of topics, including his work with Conflict Gypsy, his experiences with the SHAC 7 case, his other extensive advocacy work, and his philosophies in general.

This is an event for which questions must be submitted to ARZone prior to Midnight GMT, Thursday 8 December via email to Carolyn@ARZone.net.

To find your time for this chat, please use this conversion site, or feel free to ask for help: