Video Can Be Viewed at http:
//www.3news.co.nz/Anti-whaling-ship-cut-in-half/tabid/313/articleID/1...

Six crew crewmembers, four from New Zealand, one from Australia, and one from the Netherlands were immediately rescued by the crew of the Sea Shepherd ship Bob Barker. None of the crew Ady Gil crew were injured.

The Ady Gil is believed to be sinking and chances of salvage are very grim.

According to eyewitness Captain Chuck Swift on the Bob Barker, the attack happened while the vessels were dead in the water. The Shonan Maru No. 2 suddenly started up and deliberately rammed the Ady Gil ripping eight feet of the bow of the vessel completely off. According to Captain Swift, the vessel does not look like it will be saved.

“The Japanese whalers have now escalated this conflict very violently,” said Captain Paul Watson. “If they think that our remaining two ships will retreat from the Southern Ocean Whale Sanctuary in the face of their extremism, they will be mistaken. We now have a real whale war on our hands now and we have no intention of retreating.”

Captain Paul Watson onboard the Steve Irwin is racing towards the area at 16 knots but still remains some five hundred miles to the north. The Bob Barker has temporarily stopped the pursuit of the Nisshin Maru to rescue the crew of the Ady Gil. The Japanese ships initially refused to acknowledge the May Day distress of the Ady Gil, but ultimately did acknowledge the call. Despite acknowledging the call, they did not offer to assist the Ady Gil or the Bob Barker in any way.

Until this morning the Japanese were completely unaware of the existence of the Bob Barker. This newest addition to the Sea Shepherd fleet left Mauritius off the coast of Africa on December 18th and was able to advance along the ice edge from the West as the Japanese were busy worrying about the advance of the Steve Irwin from the North.

“This is a substantial loss for our organization,” said Captain Watson. “The Ady Gil, the former Earthrace, represents a loss of almost two million dollars. However the loss of a single whale is of more importance to us and we will not lose the Ady Gil in vain. This blow simply strengthens our resolve, it does not weaken our spirit.”

“Australia needs to send a naval vessel down here as soon as possible to protect both the whales and the Australian citizens working to defend these whales,” said Steve Irwin Chief Cook Laura Dakin of Canberra. “This is Australian Antarctic Territorial waters and I see the Japanese whalers doing whatever they want with impunity down here without a single Australian government vessel anywhere to be found. Peter Garrett, I have one question for you: Where the bloody hell are you?” 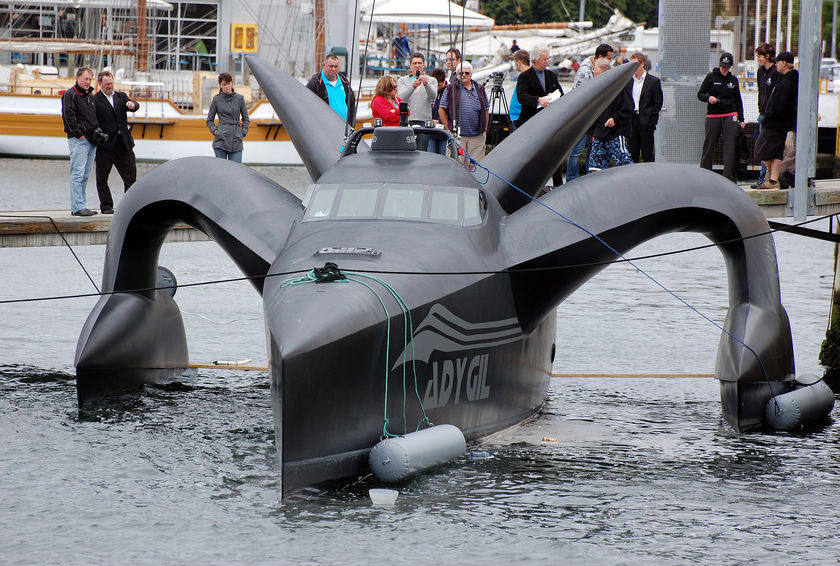