China:~DOG TRAFFICKERS IN YULIN, BLACKMAILING ACTIVISTS TO SAVE DOGS FROM SLAUGHTER!

This morning, 20th June, on the eve of the Dog Meat Festival, a dog trafficker, having seen an animal activist at the scene, deliberately tortured this dog to blackmail her by saying "Are you going to buy him, if not I will clamp him to death". The dog trafficker asked for 600 Yuan (US$96) but the activist, Zhao Jie bartered and paid 350 Yuan (US$56) for the dog. The trafficker waved the money to the crowd with delight and everyone cheered with some even giving the ‘thumbs up’ sign! Zhao Jie also paid 1600 Yuan (US$257) for 5 other dogs from a different trafficker who blackmailed her and mocked her with the same tactic. 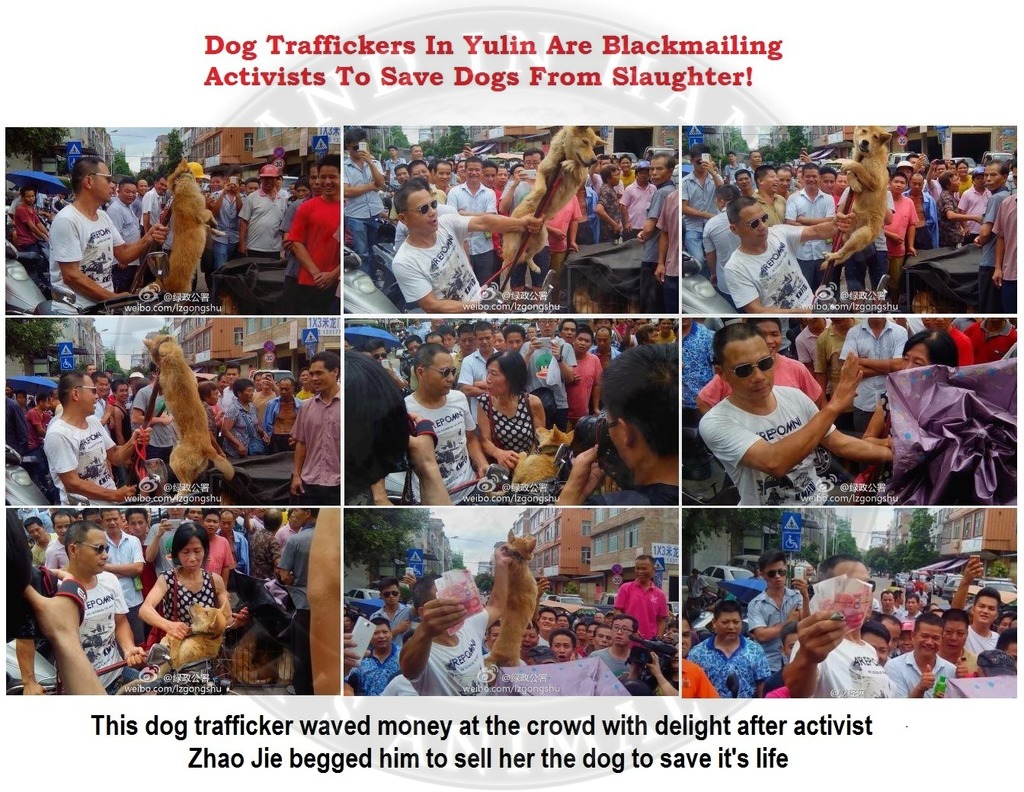 These photos have caused uproar among activists across China who have strongly condemned the barbaric action of the dog traffickers.
Photos sourced & translation by NT.