These seals were knowingly and willfully beaten to death while they lay sleeping on the beach at night. This blatant, cowardly act of cruelty served no purpose other than as a release for some sick perverted sense of violence.

In fulfilling our mandate to be a voice for seals the world over, The Seals Of Nam ask you to join the global outcry! Please sign and share the following petition which we will deliver to the circuit court judges of the Blenheim District Court in New Zealand at the start of the trial. Petition CLOSES on 15th October 2012

Click here to add your voice to the global outcry! 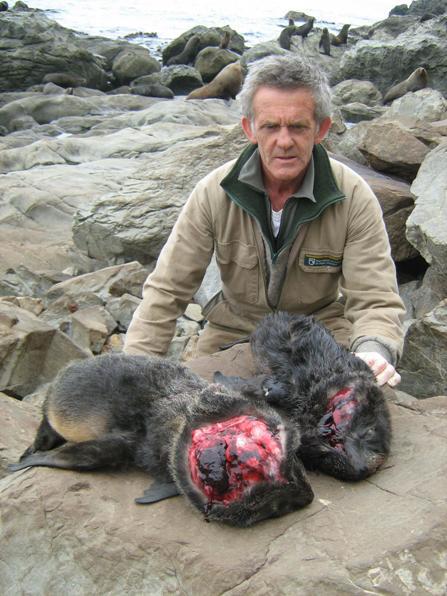 Two of the baby seals that were senselessly beaten to death

Text of the petition:

We the undersigned are urging the judge in the seal killer trial to show no leniency towards the perpetrator. It is quite evident that he has shown no remorse and has attempted to shirk responsibility for his cruel actions by appealing to have the charges dropped. He himself did not show any leniency when he knowingly and willingly beat not only adult seals but defenceless baby seals to death. We respectfully request that a harsh and maximum penalty be imposed.

Thank you for your support

The Seals Of Nam