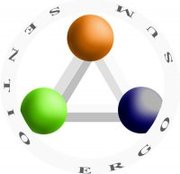 It answered some questions I've had on how to explain to someone that using animals is not a need. It's true using animals is an addiction and to some the thought of stopping creates fear. I've been thinking of how to respond to someone who feels this way, and your post just answered that for me. The last paragraph gives simple, logical, and respectful responses we can all use to spread the word. This is a great help! Thanks for sharing!

You mean, killing cows to feed cats, of course. I don't have the answer to that. Except, as I mentioned, the hope of growing artificial meat to feed them. Our whole society, including our tradition of having domesticated companion animals, is so unnatural. What would you have us do about cats? Cats living in the wild, starving and breeding endlessly, suffer incredibly.

How can speciesism - even our own SPECIES' speciesism - be abolished if we're still involved in feeding carnivores by killing herbivores?

This is my latest essay, "Why we use animals?". Note that I translated it using Google Chrome, then corrected a few things (sorry for my laziness! ;-D)

Thank you for your support and participation, guys!

Cheers and season regards for all!

For abolition of slavery!

I loved the whole idea of "buddy systems" (LOL it resembles its commercial gym homophone!! he he he)

Perhaps I'm very much into the cultural aspect of not using animals and its activist version of struggling against activist and passive speciecism! he he

But this is a brilliant idea. I'm thinking of something of the sort for pre-vegans in my community!

Yes, even when living in a place where it is a little less easy than some other places (I am very fortunate to live in an area with quite a lot of vegan conveniences and community support systems), it is always easier than dying.  When I was learning how to be vegan I asked myself to make a sheet of pros and cons in consuming somethng taken from animals.  The cons column always contained the exploitation and eventual death of other animals, so they always won the debate.  There is no way that any cost or benefit to me could justify the cost to them.

To be fair, my resolve probably set more deeply because of the support in my area.  Unlearning speciesism can be a challenge.  I am so glad that there are so many great products, restaurants, and community (local and online) support systems to help pre-vegans (by the real definition) learn how to stop using animals.

There are a few good "buddy system" programs.  A group in my area has just started one.  They get interested pre-vegans to sign up for it when they are tabling at festivals, and then pair them up with a vegan in the area so the pre-vegan can have a buddy to call for help.  Buddies might help with advice or even go shopping with a pre-vegan to help them learn.

The program is only as strong as the buddy.  The group would have to carefully select real vegans so that the pre-vegan is being taught properly.

I don't know know how metropolitan my small-country-metropolitan-area-city could be when compared to U.S. terms!! But I can tell you my small country prides itself on being "the country with the highest per-capita meat eating percentage"! That's just an example of how speciesist our "gaucho" local culture is! he he

(I have a collection of speciesist pictures: http://flickr.com/photos/stopespecismo/show )

I remember once I was living in an even less metropolitan area, but I managed to find soy flour so I made soyburgers and soyballs! ;-D

You're right, we don't have to make it seem easy because it is easy! It just requires the suitable mind state or "click".

I guess that "vegan" (I don't think he's actually a vegan, not even in any of the flexitarian meanings the word is getting recently!) "father of the animal "father of the animal (double quotation)"""rights""" movement not only lost a great opportunity, but he did that on purpose to defend his utilitarian view that: 1) principles don't exist (quoting Ingrid Newkirk's "screw the principle"), 2) there's no principle towards using animals because "it's ok to be a conscientious omnivore, 3) "anyway, nonhuman animals don't have an interest in continued existence", and 4) table manners are more important than nonhuman animals' interests.

That's right, and believe me telling people "Because I don't use animals can give you awesome opportunities for further talking about the issue". I feel when you tell them "I'm a vegan", people tend to react in a less interested way, something like revolving their eyes and saying "Ahhhh... Ohhh kay". Besides the disadvantage of having to explain what veganism (still underlined in red here) is, It also has the disadvantage of labelling oneself, making people one's "of a different, perhaps superior kind", etc.

Pablo, thank you for adding to the list. :)  You are right, there could be even more.

When I said "unnecesarily trying to make it (veganism) look easy".  I was trying to say that it really is easy, so why do we have to make it "look easy", but your point about people making it look difficult is good.  Veganism is easy for those of us in more metropolitan areas.  I can imagine it really would be less "easy" for people in remote towns.

One very prominent "vegan" tells people that if he is at a party he does not make a fuss about foods that might contain very small amounts of ingredients taken from animals.

I think that he has lost the opportunity to show people how easy it is to be happy at a party without compromising.  He has lost the opportunity to show people that even if there is nothing suitable for a vegan to eat at the party he can go without eating for a few hours because that is much easier than what will happen to the animals who are exploited.  That goes a long way toward communicating about speciesism.  Personally, I try to avoid parties that would have animal products, and I require family members to have only vegan food when we are there, but when I do find myself in a situation without vegan food I will go hungry and tell them why.

He has also lost the opportunity to tell people that "being polite" to a person is not more important than sparing the life and liberty of another animal who is not there to protest.

Thank you, also, for "I do not use animals".  I guess if I cannot fight the loss of the definition I have to surrender to it and use my own words.  "I do not use animals" is good for a couple of reasons.  1: it does not leave them to define "vegan" to suit themselves, but 2: it opens the conversation.  If they ask, "oh, so you are vegan?" I could say, "Well, that depends on whether you know what veganism is..." and then I can talk about what it means to not use animals.  As we know, most people cannot conceive of living without using animals, so we will have to explain.  As I said, great conversation starter.