The Operation of the Animal Rights Zone Chats. ~ Roger Yates

The Animal Rights Zone (ARZone) interactive guest interviews (known as ARZone chats) have several features and elements. Due to some confusion about how they operate – and indeed, why they exist – the ARZone administrative team, Carolyn Bailey, Tim Gier, Kate Go Vegan, Jason Ward and I have issued the following statement. The Methodology of ARZone

Animal Rights Zone (ARZone) exists to engage with guests and their ideas about human-nonhuman relations, therefore, a statement of ARZone’s methodology is appropriate. It is important to recognize at the outset that ARZone is constantly evolving, and while it’s guiding principles will not change, the specific methods it uses while adhering to and forwarding those principles surely will. ARZone is always seeking to improve.

Animal-rights theory is based on a few basic concepts, which can be stated in relatively simple terms: Nonhuman animals are like human ones in morally relevant ways and because of that, they should not be treated exclusively as the means to an end.  They should not be considered as the property of others, but should be respected as the owners of their own lives.  Abolishing the exploitation of other rights-holders is a…

OF COURSE, they are intelligent! one more proof:

Chimps in Bossou, Guinea, have learned to deactivate traps that can cause injury or even death.

I came across this article in the Daily Mail today on my lunch break.

I couldn't really believe what this woman was saying.

Some of the highlights include "in terms of health and nutrition, fruit and veg have little to offer, and telling us to eat eight portions a day is… 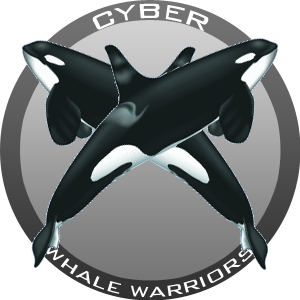 I wonder if Pigeons Mourn Their Dead ~ Roger Yates

I had occasion to go to my local post office recently.  On the way I saw a group of pigeons noisily contesting pieces of bread that had been thrown out onto the side of the road.  I then realised that, a little removed, one pigeon was dead - but it seemed that none of the others had noticed, or that it meant nothing at all to them.

I thought I had better…
Continue

We all like to belong to something, to part of something bigger than ourselves.  It’s a condition of being alive as a social creature that we seek the company of others and find comfort among friends.  There is strength in numbers, and it is a strength we all need to one degree or another.  No-one wants to be truly alone.

I am trying to get more people involved in writing to the Japanese Embassies &  Consulates in regards to the Dolphin slaughter & Captivity issue.   I am also creating a campaign to Boycott Marine Parks.

the more people that help the louder our voice is heard.    We are also focusing on the Seal Slaughter; Penguins; Dall's Porpoise; Whales and any ocean life in general that is threatened.

One of the most Pressing Issues at the moment…

...........although some here will surely say it's welfarist news, as I understood from the chats and posts here!

wild animals should be left alone, and free in their native habitat!…

I was blown away by *the* new reader of my blog from the previous Open Letter to Erik Marcus post,  Hi number six!  I'd love it if you'd hang around, and listen to my podcast :-)  Consider this post a sequel.  And yes, that means it will be inferior, and is just a… Continue

Some Good News in Honiara!!!!

Blood Dolphins Success in the Solomons......