There may be a complex web on interactions among these groups or entities but one of the strongest links is thought to be between a social movement's counter-organisation and the state agencies. In clear terms, then, this may be a close working relationship between, for example, the meat and dairy industries and the Ministry of Agriculture in a given country. The countermovement interests enjoy what political scientist and co-author of The Animal Rights Debate, Robert Garner, calls "insider status."

The general idea is that the creation of "turbulence" in society increases the already frequent interactions between the countermovements and the state agencies. Obviously, both these groupings are deeply speciesist in nature and so the only way they can "get their heads around" animal rights claims is to translate them "down" into animal welfarism.

I always cite the case of a visiting circus with other animal "performers" which, once met by animal rights criticisms - animal use is wrong, animal use amounts to rights violations, etc. - respond by saying that their "care" for the other animals in their charge is "second to none" and, moreover, they are regularly inspected by the official animal welfare organisations (such as the RSPCA in Britain) and always given a clean bill of health.

They do not address the animal use issue or the rights violations issue because they cannot - and probably even have difficulty understanding their business in such terms. Therefore, when countermovement representatives meet with state agency staff, they are unlikely to be able to make any sense of what's going on except in orthodox welfarist terms about how other animals are treated. The animal rights claims about other animal use, if you will, are rather above them - animal rights claims-making does not compute for them!

What may happen, then, is that through this dialogue the state puts pressure on the user industry to "clean up its act" if, for example, some form of abusive animal use has been exposed by a new open rescue or another form of educative investigation. What transpires in this scenario is the enactment of animal welfare regulation or the review and strengthening of existing animal welfare law.

It seems to me that THIS story is an example of the point or relationship just made.

Here, an animal user industry person is suggesting that media attention and other pressures has resulted in welfare legislation across Europe impacting on business. I'd suggest that part of this process has involved the kind of interactions discussed above and that, in turn, suggests that animal welfare campaigning is not strictly necessary to achieve animal welfare results - that vegan abolitionist campaigning will have the same or similar effect while also presenting to the public a consistent case for animal rights with veganism as its moral baseline. 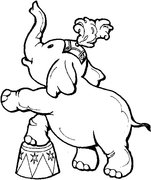 This is a very very complex issue and loaded with problems. Governments approach animal welfare in a highly schizoid way.  If an individual is caught being cruel to an animal, that individual will probably experience some sort of penalty ranging from fines to imprisonment. But those same governments regulate to enshrine cruelty by putting standards in things like factory farms that are clearly resulting in suffering to huge numbers of sentient beings. The RPSCA has effectively been hijacked into supporting this situation through their participation in ensuring regulatory standards are met. When it comes to anything to do with business, governments will take a middle ground and make it very difficult to help the animals involved. This is quite deliberate. It is hypocritical in the extreme to partition off some animals as being not entitled to protection and others to have some protection in law.

I think that there will always be a proportion of the human population that has no conscience when it comes to animals, but I believe that the majority are ignorant supporters of what really goes on.  Much of it is socialisation, and much direct misrepresentation of what is cruelty. Talking to people about their dietary choices brings to light some bizarre beliefs, this notion of 'humane slaughter' being one. Talking to a person at work the other day she stated she eats only organically raised meat because the animal is not killed behind others and each is killed quickly and individually. I expressed doubt, but she was certain although she said she'd go and check it out. In fact animals in Australia have to be killed in an Australian Quarantine approved facility, so I suspect they will be following the other victims up the ramp like all the others.

I do find however heightened awareness, and am optimistic that a combination of being able to get the information out about what happens to animals coupled with more support about the healthy aspects of a 'good' vegan diet will change behaviours. I'd like to think the abolitionist approach will work, but see all too often how the arguments between vegan Vs omnivores gets out of hand too frequently. For this reason I think there can be something to be gained by campaigning on a specific issue, since it opens up many issues. It was for example following the furore about live animal export from Australia that a couple of slaughter facilities were closed down here in the Victoria because of cruelty. I wonder if it would have been reported had the live export issue not been so blatant.

It's truly difficult, and regrettably some countries are far behind others, which is one of the reasons why I suspect we need to do this incrementally.

I agree that campaigning to abolish animal abuse brings about welfare reforms, as the abusers desperately try to make the abuse appear more "acceptable" in order to continue to make money/derive pleasure from animal exploitation. Thus abolitionist campaigning is a win-win strategy (we eventually get abolition and achieve welfare reforms on the way) and is therefore a much better use of our resources than merely campaigning for welfare.

David Sztybel makes the point that those most concerned for the lives of other animals are the very people who would insist on the most meaningful changes to the current systems while those content to merely "tinker at the margins" would not be. He suggests that those of us who want all exploitation to end are more likely to force more concrete changes than are those who want exploitation to continue. Sztybel says that we ought not to leave the regulation of these ongoing industries to those who don't share our goals but that we act in the interests of other animals when we can.