I had a really lovely interaction with a stranger today at the supermarket. I was waiting at the checkout and a really beautiful, young (twenty something) girl was behind me when Hunter spotted some biscuits and he asked me to buy them. I explained to Hunter that they had animals in them and that mummy doesn’t buy animals. Hunter asked me if they had cow’s milk in them and I said yes they did. He came up to me and said OH...cow’s milk is for baby cows ...and didn’t ask for the biscuits anymore.

There was a moment of silence and the girl behind me leaned forward and asked me how Hunter “knew that”. I told her that I have explained that mother’s make milk for their babies and that animals (non human) do the same, so mummy doesn’t buy things that have milk that was meant for someone else’s baby. That cows love their babies as much as I love mine.  She enquired more so I told her that I was raising Hunter with vegan ethics (essentially non violence and minimal harm), but that when he is older it is his choice if he wants to be vegan. She asked what I meant. I explained that I am raising him to respect all life and to not cause unnecessary harm to others. That I am teaching him that animals we see as food are no different to our dogs at home and that they too deserve love and respect...safety.

She was really taken aback and I thought for a second she thought it was all a bit much and she then asked me what I do when other kids are eating food with animal products. I told her that if the food is there that I offer him a vegan alternative but if he wants to eat it he eats it.. That I am teaching him about animals and food in an age appropriate way in the best way I know how but that he will identify himself with his own ethics as he gets older and that they can be his choice. I explained that I am teaching him that it’s ok to question things even if everyone else is doing it. And that just because the majority of people are doing something (and it is legal that it is not necessarily ethically or morally right.) that it’s ok to still question it if it feels wrong. That it’s ok to be different if it feels right in your heart.  That I am teaching him the truth about what we do to animals for food, clothing, entertainments, education, research...as he can understand it.

She asked why I became vegan. I told her the dairy industry did. That I was not even vegetarian and I went vegan almost instantly. That I think as a mother that I connected with what is done to dairy cows and their babies and that I could not accept the cruelty involved. So I went home and researched the other animal products I used and bought and that one by one, wool, leather, eggs, chicken and so forth that I was shocked at what was done to others to produce these products. And that I could no longer bring myself to contribute to that level of suffering. That I was shocked at my ignorance and what I had been funding with my purchases all my life.

She didn’t give much away as we spoke. I wasn't sure how she was feeling about my answers..my choices. She just continued asking questions. I was polite and answered her without judgement in my tone but with honesty.

I paid for my groceries and started to walk away, worried about what she thought of our conversation, when she leaned forward and yelled over to me...”You are doing a really good thing”

This story was written by my friend, Mel Baker about an encounter she had at a grocery store recently. I asked Mel if I could reproduce her story here because we've been speaking a lot lately in ARZone about the ways in which we approach non-vegans and the impact we have on how they're likely to view veganism in the future, based on that initial interaction. I believe this story is a great example of positive and kind vegan education. 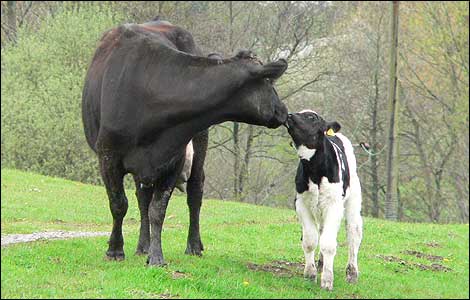 Hi Mel.  A lovely story and one which I think exemplifies the best of being vegan. Being able to speak your truth without judging others is the most powerful agent for change that I know of.

This is wonderful.  I often wish I had the presence of mind to speak to people this way.   Calmly, clearly and without judgement.