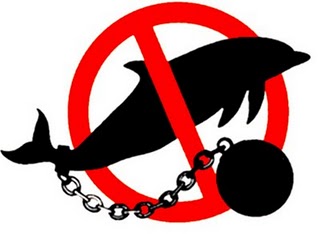 This image immediately communicates across language barriers that all dollphins in the world face CAPTIVITY, and animal abuse, trade etc is a global problem. 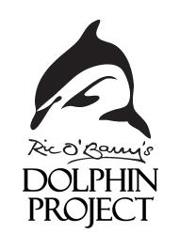 IT SAYS NOTHING ABOUT.... CAPTIVITY! A mere graphic of a jumping dolphin is not helpful.

ps: This is not a derision attempt against O'Barry or Earth Island Company who handles the Press Relations of O'Barry. I merely point out the failures of communication which would impede the global 'movement' created by the movie 'The Cove' in which O'Barry stars and which has mobilized passive ppl globally to recognize dolphin sentience and from there on, animal sentience in general.

Hi Carolyn, late reply. I believe Ric has nothing to do with all this. He has obviusly given up the PR management to be handled completely by EIS. EIS is the one who changed the logo, not Ric. I believe in Ric's commitment and I am sure, if he would read my post, he would agree. EIS has threatened me over using this logo and for this reason I feel annoyed but for sakes of expermenting I did not stop using it and guess what, they did not report me to Facebook (as they said they would). The logo is here http://anti-dolphinarium-logos-to-print.blogspot.com/.

But.. I have a lady from UK living in Turkey and having been involved in local anti-dolphnarium campaigns verifying to me (I have her comment in Facebook as a screenshot) that 2 years ago this logo appeared in many websites whereas now it does not. I noticed the same. This means that EIS or someone else is actively seeking to kill a logo (an image) that tells a lot about captivity regardless of what language one speaks... And this is not good.

Do you know why Ric thought it was necessary to change the image? I agree with you, without knowing any of the facts, that the two images are poles apart and the new image could just as easily be promoting Sea World, as anything else.