Human beings generally pride themselves on their ability to think. We often give this as the primary characteristic that separates us from the rest of the animal kingdom. Humans are rational, the story goes, and no other animals are. Because of this, we see ourselves as entitled to rule the Earth, as we see fit, either as benevolent stewards or as the highest beings on the Great Chain of Beings. Humans are on top of the world and all other animals are beneath us. But it’s not so simple, not even for all those who believe it.

For example, most people have a special place in their hearts and homes for puppies and dogs. Because of a complicated evolutionary history that we are only beginning to understand, the canine family has developed in such a way as to be very comfortable in close contact with our human families. We are quite comfortable with them. Because of this close contact and comfort, we see ourselves reflected back at us in the eyes of our dogs. We look at our dogs and we see “Man’s Best Friend”, as if dogs understand friendship in any way as humans do. When we think of our dogs, we think they can read our minds, and anticipate what we will do next. Everyone has heard stories of dogs who know when “mommy is coming home”; dogs who wait by the front door long before “mommy” pulls her car into the driveway. Isn’t it odd that we think of ourselves as “mommy” and “daddy” when it comes to the dogs who live in our houses? It’s not likely that they think of themselves as our children.

There are some other animals we do this to as well. The Great Apes and the toothed-whales & dolphins are other examples of those we consider valuable because we think that they think like us. We try to teach chimpanzees how to use sign language. We try to get dolphins to recognize themselves in a mirror. We seem to be desperate to remake others in our own image, and to value others only because they are something like us. Maybe it’s not too much of a stretch to say that from our imaginary place atop the Great Chain of Being we are likely to pretend we are gods.

If only we had some infinite wisdom, and some infinite compassion too.
When we look into the eyes of a dairy cow who is crying in agony because her newborn baby has been sent off to the veal crate, why is it that we don’t think she is smart enough to feel that pain? Why do we think that cows are just “dumb animals” who don’t care at all what we do to them? Are they really so much different compared to the dogs in our yards or the cats who purr in our laps?

When we see pigs crowded by thousands in some of the most horrific conditions ever conceived by humankind, why do we not think that they think as we do, or want as we want, or feel as we feel? Why don’t we think of ourselves as “mommies and daddies” when it comes to pigs? What have they done to deserve our disdain?

The truth is, every other animal with whom we are fortunate enough to share this planet has a mind, and an intelligence, of his or her own. Whether a dog can learn to play fetch, or whether a chimpanzee can recognize letters on a computer screen, it shouldn’t matter when it comes to how they get to live their lives. Other animals are very intelligent and they know exactly what is on their own minds – they are smart enough to be the best that they can be. A cow knows perfectly well how to be a cow, and a pig is perfectly suited to being a pig. You won’t find any smarter snake than a snake herself, whether she likes to curl up around you or not.

The human rational mind may be good at lots of things but one thing it hasn’t been very good at is understanding the value of all other minds, however those minds may think. What’s on our minds when we think about the minds of other animals doesn’t matter to them. All that matters to them is that they get to live their own lives in the best ways they know how, as free from human interference, as far as is possible. Human minds may not be all that special after all. I suspect that other animals don’t think so anyway.
http://timgier.com/2011/08/16/thinking-animals/ 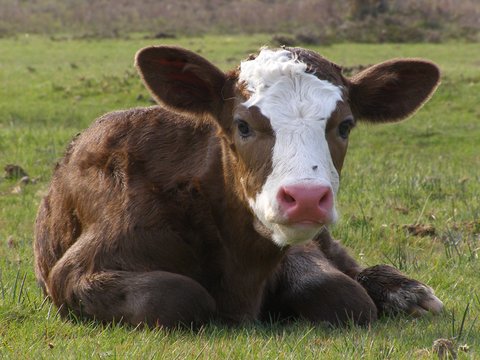