Many people who see the heartbreaking photos and videos of the dog and cat meat trade in China believe that there are no or only a handful of activists fighting to stop it.

In actual fact there are many, many groups and individuals who rescue the dogs and cats destined for the slaughterhouse. There are also well known groups, set up by people from the West like Animals Asia Foundation who work with the people in the countries they focus on, educating them and providing them with materials to go out and educate others. 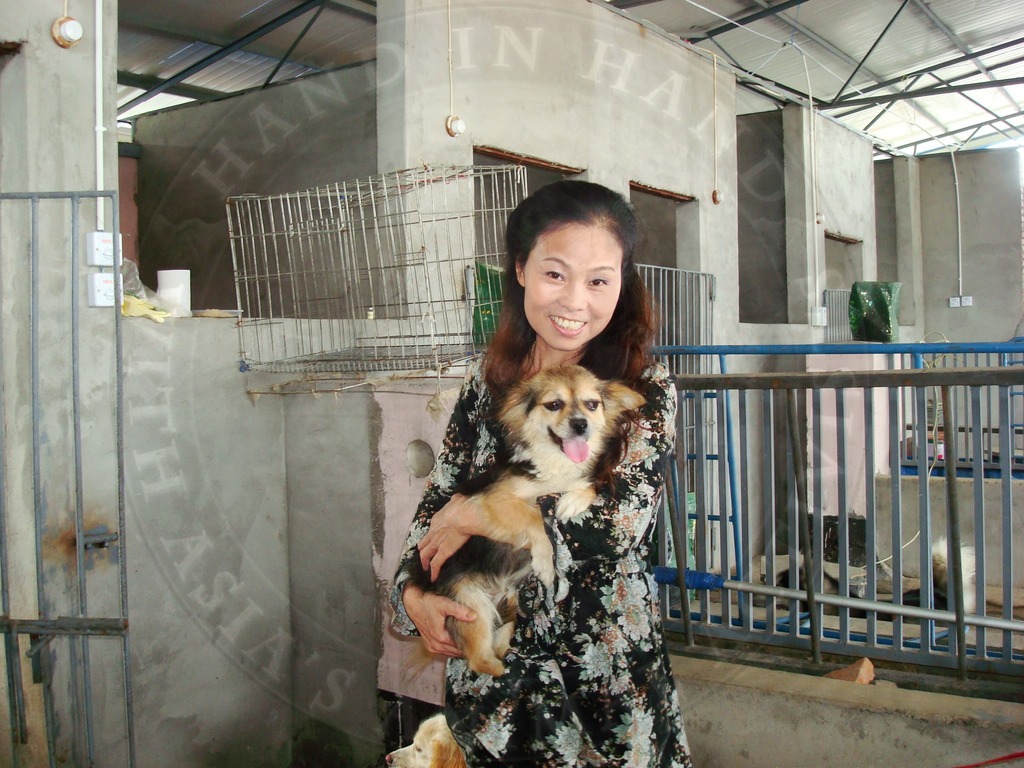 Du regularly goes out onto the streets and to events in order to educate people about the cruelty involved in eating dog and cat meat. She also lectures about the benefits of stray population control using TNVR (Trap, Neuter, Vaccinate, Return) instead of the culling by beating that we have also seen on the internet.

Below:-Du and her team closing down a dog slaughterhouse in Peacock Village. More photos on our Facebook page. 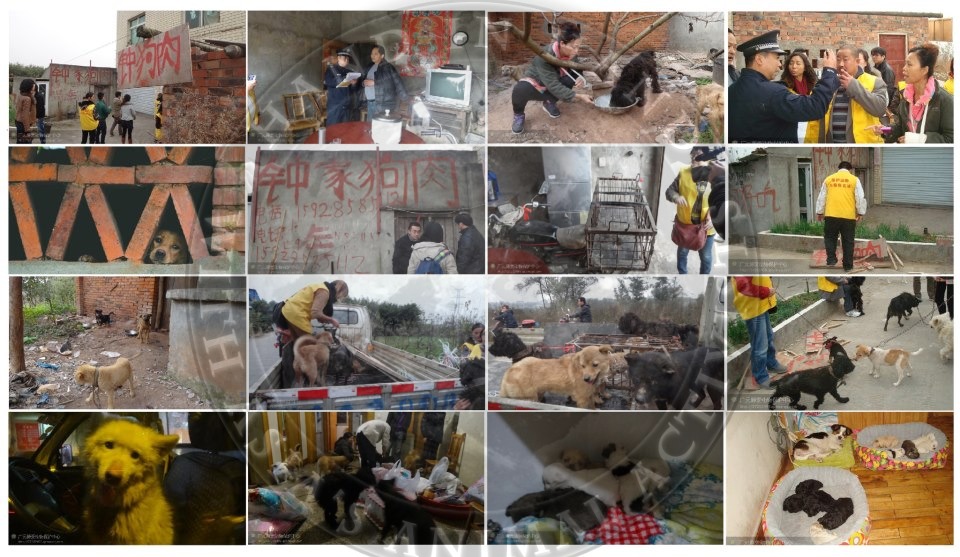 It is extremely hard work being an Animal Activist in China where there are no domestic animal protection laws to back them up. Instances of neglect and abuse are common but the groups and organisations like Du's do what they can across the country. There are tens of thousands of members of these groups. Almost all have Weibo (similar to Twitter) accounts where they post their stories and photos of animals looking for new homes. Members then share the stories.

If there is a shout out for help when a truck filled with dogs or cats destined for slaughter is spotted, thousands of shares of the post are circulated, asking for volunteers in those areas to make their way to try and stop the truck and to call the authorities for help. These are the rescues that the West see on the television and in newspapers. There are though, rescues on a much smaller scale happening every day...

The dog & cat meat trade is an emotive issue because dogs are seen as pets and companions. Traders believe that by torturing a dog or cat before slaughter makes the meat taste better. This is not true since the amount of adrenaline produced by the stressed dogs **results in several disease processes in the humans which eat the meat. Most notable are cardiac problems, impotency and general fatigue. These adverse effects are most directly associated with consumption of dog meat.

Dogs and cats are slaughtered in full view and hearing of their caged companions. 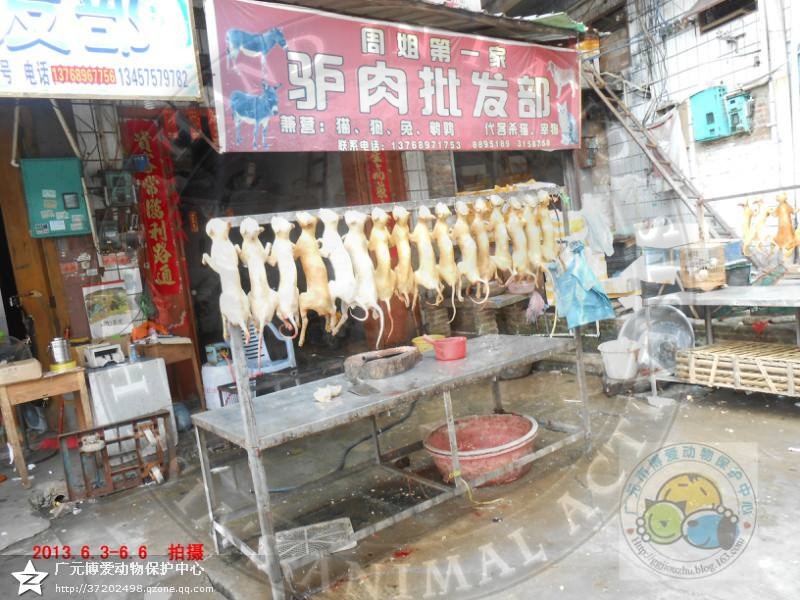 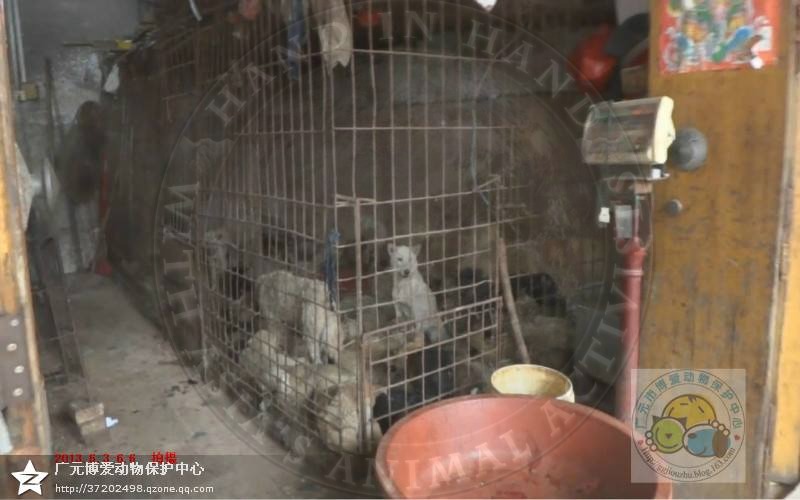 Seeing all this first hand is like a real life horror story but this is what Chinese activists witness. The videos and photos that we see on the internet have been taken by the activists documenting the cruel methods used so that the rest of the world can see.

Calls by some people in the West on social networking sites for Tsunamis and bombs to be dropped on China show the ignorance and innocence of some people who may not realise that people ARE trying to stop the trade with little or no back up to help them. If people only see the posts without explanations of who may have helped the dogs and cats, the misconception that there are no activists in China spreads and the comments grow nastier.

Just like in any country, animal cruelty, abuse and neglect happens in China. People like Du who have their local authorities on their side can close down slaughterhouses, restaurants & butchers shops when the owners cannot produce the right paperwork. Because dog meat is not regulated in China, there is no certificate of quarantine or health to show for the dogs and this loophole in the law is what Du uses.

In June this year, Du and other Chinese activists travelled to the Dog Meat Festival in Yulin. They witnessed first hand the killings. They heard first hand the screams and whimpering of the tortured dogs. Imagine having to see and hear that? 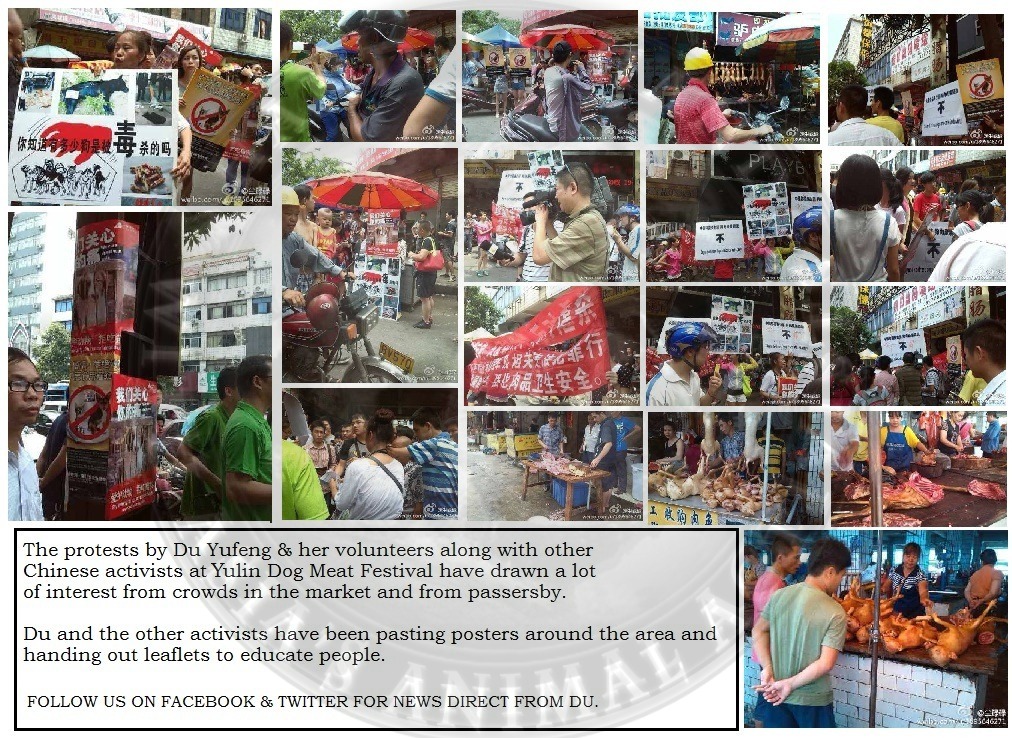 Below-Du, with the help of some monks, rescued some dogs from Yulin this year! 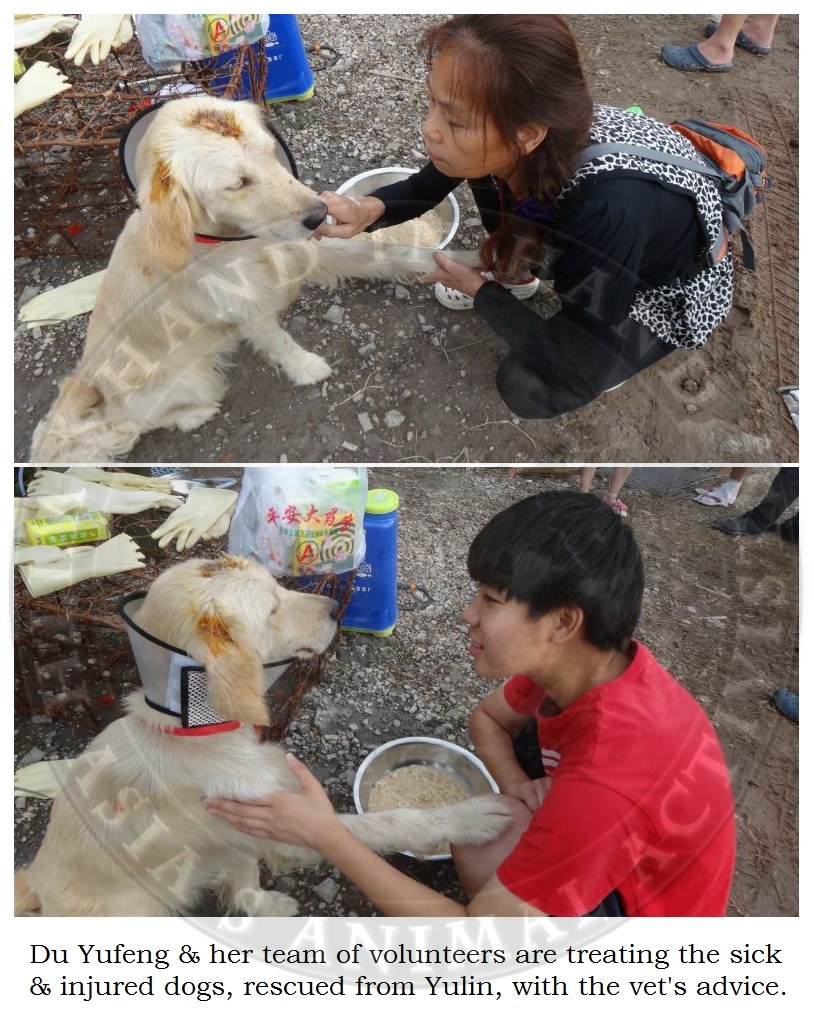 Many of us have pet dogs at home. Looking at their trusting faces and their waggy tails should make us appreciate those Chinese activists more than ever.

They want the world to see what their fellow countrymen and women are doing. They want the world to see the photos and the videos they take, to show the world how cruel the dog (and cat) meat trade is. Without these activists we wouldn't know about the trade. Many times we have seen people comment on a photo and say "Why did they just take the photo? Why didn't they do something?" Again, without the back up of the relevant city authority then those activists can do nothing.

So next time you see a photo or video on the internet, on Facebook, Twitter, Google+ etc, take a step back and think. "Who took this footage so that I may know what is going on in China? Who was this brave person who needs our help not our chastisement? How can I help?"

You can help by having a more open mind and realising that however hard it is for you to see photos or watch videos, however easy it is for you to write racist or hateful comments, stop and think. How hard is it for that activist who saw and heard it first hand? 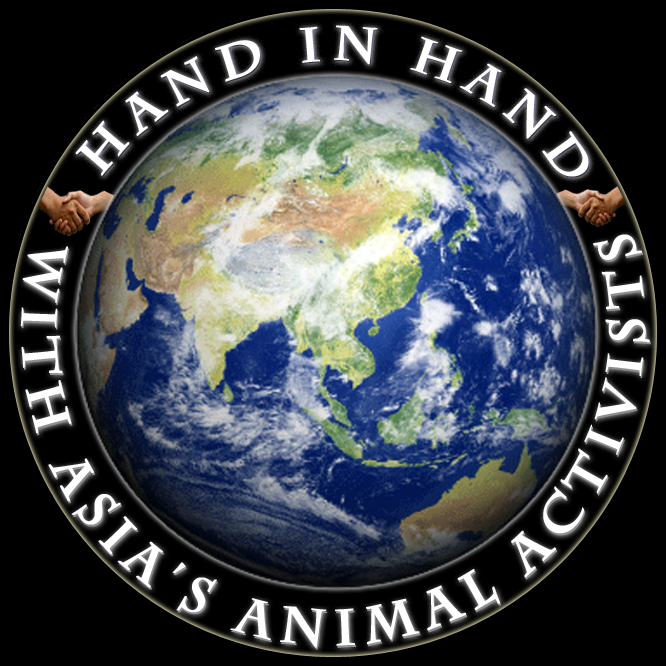 Share our posts to show others how many Asian activists and ordinary animal loving people there are. Open your mind. Most of all stand, Hand In Hand, with your fellow activists.

Animal Activism knows no borders, animals see no difference in a person's ethnicity, gender or colour. We are all the same, we all fight for the animals.