China:~More Than 1000 Cats Saved From Slaughter

The hottest news on Weibo right now and reposted by many was the news that Chinese activists intercepted a truck load of cats on a highway in Wuxi, Jiangsu. Many of the cats are pets. Apparently the certificate did not tally with the number of cats on board the truck and the certificate was suspected to be fake.
Wuxi Small Animal Protection Association and other activists held up the traffickers for 5 hours with fights breaking out and activists being beaten. 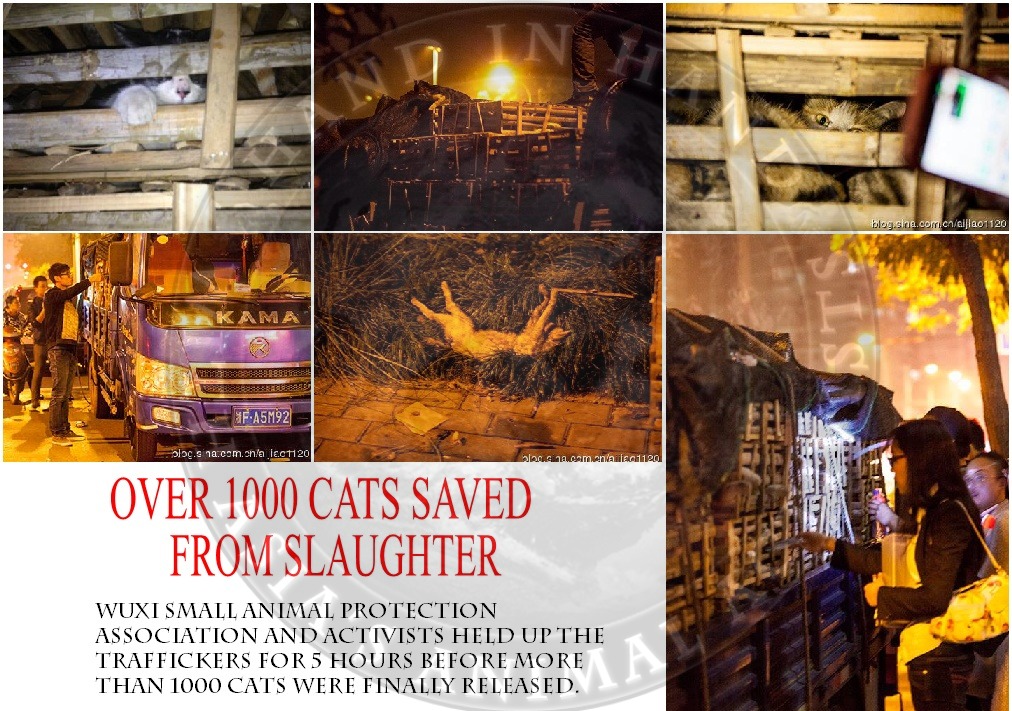 Every photo they took, looking into the eyes of the cats broke the activists’ hearts. 48 crates containing more than 1000 cats were finally released. When the activists broke open the wooden crates, the cats looked around and jumped out. Everyone clapped in tears, all their effort had paid off. They silently prayed for those cats that died that ‘hopefully they will have a smooth passing, and live a carefree life in heaven! We have to remember the aunties and uncles that care for all of you so much, and bless your homeless friends (cats) facing risk at any time!’
Finally the activists finished releasing and rescuing all the cats at 5am in the morning. Some sick cats were brought to the vet for health checks and some will be re-homed.
UPDATE:-
When the cats were rescued, the government department insisted on releasing the cats and were not willing to hand over the cats to Wuxi shelter. Now, every day the volunteers have to go to the release spot to capture the cats one by one.
Now, the captured cats have been sent to the rescue shelter and when their shelter hospital opens next month, the cats will be neutered and ready for adoption.
The wounded cats were brought to the vet hospital by the vet.
Photo below; captured cats waiting to be taken back to the shelter. 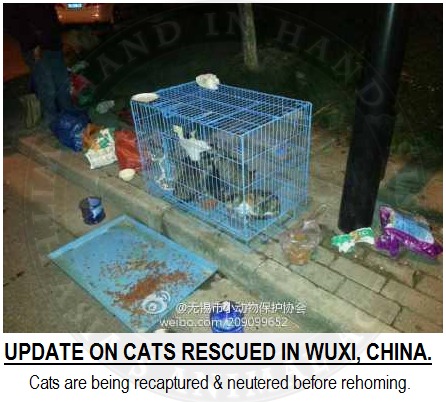