A recent New York Times oped was brought to my attention by a long standing friend and colleague. She situated it within the context of the debate surrounding the announcement by The HSUS and United Egg Producers, a debate which brings into focus the perennial issue among most if not all social movements: regulation vs. abolition.

The understanding behind The HSUS and UEP wanting to make such an agreement is generally to be welcomed. There are, of course, aspects to it that give me considerable concern; however, I wasn’t a participant in the discussions and can only comment as an observer. Nevertheless, I am a participant in the campaign against factory farming since the mid-1970s and subsequently witnessed its development in the UK and US. Of course, on the face of it, banning cages for egg laying chickens is, for a vegan like me or anyone opposed generally to factory farming, as straightforward as anything can be. Nevertheless, I have come to appreciate the complexity of achieving this simple change is considerable. Significant progress has been made in the European Union which is scheduled to outlaw the battery cage by January 1, 2012. Now, this ban is for the barren battery cage. In other words, a cage is a cage is a cage. Alternative so-called enriched cages are proffered as an alternative, which is something I — and Compassion In World Farming whose lead I follow in such issues — reject as a satisfactory alternative. [And, coincidentally, The HSUS.] In short, if people are going to eat eggs, well, they’ve got to eat less and only eat those from chickens in organic, free range, nonlethal conditions. But, as a vegan, I, of course, don’t recommend anyone to eat eggs, anyway.

And herein lies the tension between abolition and regulation. Much ink has been spilt on this purported conflict not only in the animal rights movement but also in other social movements. For example, Gary L. Francione and Robert Garner explore this issue thoroughly in The Animal Rights Debate (Columbia University Press, 2010). One of the more nuanced reviews of this book is by Ben Mepham.

Turning to The New York Times oped, “Obama and His Discontents,” by Ta-Nehisi Coates, I was struck (prompted by my correspondent) by the comparison between the animal welfare/rights debate and the present American political conflict between Democrats and the Republicans and their even more extreme political sidekicks, which is all framed within the context of Lincoln’s Emancipation Proclamation — a compromise that freed only the slaves in rebel territory, as Coates notes.

Coates concludes about President Barack Obama that he is

of course, is not an activist but a politician held accountable by a broad national electorate. He is thus charged with the admittedly difficult task of nudging the country forward, even as he reflects it. That mission necessitates appreciating the art of compromise, but not fetishizing it.

Now, I can be as guilty as the next person of reading into something that which I wish to read. Nevertheless, I read this op ed to say that abolitionists and pragmatists must work together in order to achieve any change. This is the message I’ve been saying for decades. See, for example, my chapter, “Utopian Visions and Pragmatic Politics,” in Robert Garner’s anthology,Animal Rights (Macmillan, 1996).

Success for any social movement, including animal rights, is predicated on balancing utopian visions with the pragmatic politics. It is simply the nature of how things get done. Neither one nor the other are entirely right or wrong. They are both needed. It is the fetishising of either that becomes problematic. It is a smart social movement that is capable of deploying both in creative and innovative as well as in a politically sophisticated and smart way.

There is a further point to make about the ideology of welfare and rights. They each work in some contexts but not in all. For example, as philosophy and as strategy, they both work but with some inherent challenges, particularly when the margins are pushed. In the mainstream political context, however, their values as ideologies informing what could and should be done politically in the terms of laws passed is even more challenging. It is much more difficult to implement the rights ideology (than, say, the welfare ideology) in the present mainstream political climate. So, with rare exceptions, compromise (i.e., welfare) is almost inevitable. But this should not mean we should not work in the mainstream political arena. We must. What other option is there available? I simply do not buy into the argument to work exclusively for vegan education. I am realistic enough (and, admittedly, cynical enough) to recognise not everyone is capable of or wants to go vegan. People still smoke cigarettes even when they know they are a waste of money and will most likely cause diseases that may kill them. So, what is to be done? Make meat, eggs and dairy a prescribed substance like tobacco and other legal and illegal addictive substances? Maybe. Maybe not. I am not sure on this one. The jury is still out for me. There is mileage, however, to position meat, eggs and dairy like tobacco and alcohol in the terms of their societal cost and instituting regulatory state actions to restrict their sale and consumption. But the vegan abolitionists will not like that strategy as they are not prohibitions. Our history documents well enough that prohibitions do not have a very successful track record.

In fact, I do not think the animal rights movement has tried hard enough to work within the political mainstream. If we were to become, as a social justice movement, less obsessed with personal transformative moments and lifestyle purity and more sophisticated about the political, economic and social power which keeps the animal industrial complex in place AND understand this within the larger political, social justice context, well, then, I think we might get somewhere. 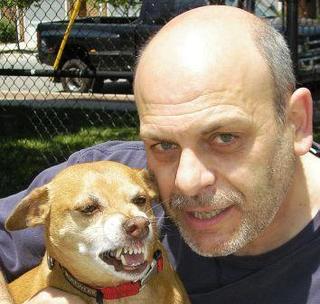 Comment by Tim Gier on August 22, 2011 at 5:17
On this we agree: "Now, if the two things can be married together (rather like the arguments about single-issue campaigns), then we might be in a different ball game, in my view." Indeed, I think, as advocates for those who are being slaughtered by the millions every hour, it's incumbent upon us to find the way to marry the two things together, if we ever hope to make any lasting change.

Comment by Tim Gier on August 22, 2011 at 3:24
The truth is that no single thing now stands a very good chance of doing anything meaningful to abolish all uses of other animals and I don't understand how engaging with mainstream politics is not part of seeking cultural change.

Comment by Tim Gier on August 22, 2011 at 0:34
Thanks for posting this Carolyn. I think Stallwood is right when he says: "Success for any social movement, including animal rights, is predicated on balancing utopian visions with the pragmatic politics." I would add two things. First, anyone who advocates for a Utopian vision of the world must acknowledge that Utopia can never actually exist, all mere mortals can ever hope to do is get closer to it. Second, the ways in which one presents and promotes one's Utopian vision makes all the difference in the world as to whether others embrace or reject that vision.