How the Unfairness of Being a Pet Gets Missed in Advocacy 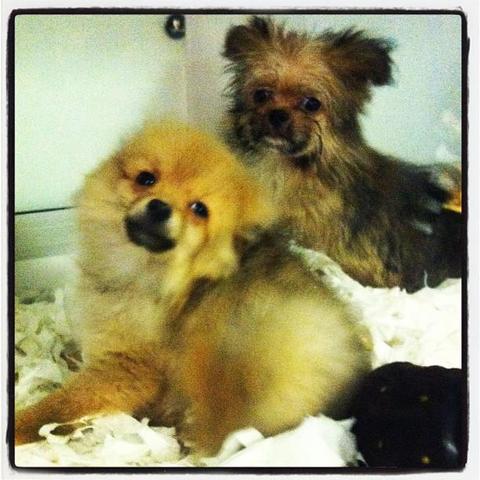 Companions. A pleasant word for pets, but it sugar-coats manipulation.

Their ancestors were wolves.

Or a picture of a dog sitting on a dinner plate. The caption: “Why Not? You Eat Other Animals, Don't You?”

The meme assumes that humanity’s relationship with animals means either eating them or keeping them as pets. And that the pet-keeping option is the better one, so we should treat all animals as we do our pets'

We all say we “love” dogs and cats, and decry maltreatment of farm animals that would, we insist, never happen to a cat or a dog.

But if animal rights means anything real, it means respecting other beings’ interests in living on their own terms. They could not be bred to accommodate us. Even love would not excuse it.

Harold Brown, a farmer who has converted from animal use to vegan-organics, says: “While the relationship of consumers to pets is a different dynamic—in their minds—from their relationship to food animals, this disconnect reinforces domestication at all levels.”

Thinking about our role as pet owners, Harold says: “—And I’m thinking aloud, but I think it feeds a need for supremacy, albeit unconscious. Yet the relationship is the same and unjust at all levels.”

And while many of us do love the animals in our homes, it’s only fair to also point out that the practice of putting animals into human homes depends on some unjust stuff.

It’s comforting to think wolves domesticated themselves many thousands of years ago by hanging around our campfires. But wolves never asked to be bred. They never asked to become pugs or Chihuahuas or pit bulls. Most Boston terriers and bulldogs rely on veterinary surgery to give birth; no wolves in their right minds would have agreed to that.

Baby wildcats and wolves are playful and docile with their parents. Full-grown cats and dogs keep that childlike essence, and that dependency. It’s called neoteny: pet breeders perpetuate juvenile traits in the adult animals. In the trials and errors of breeding, many animals don’t meet the expectations, and are weeded out.

Frankie, a cat I rescued a decade ago from a street in New Jersey, is purring here as I write. I love this dear soul more than words can express. (And maybe, in some sense, because Frankie’s safety is assured, I feel mine is, too.)

Two cats related to Frankie live here too. That’s somewhat unusual. Most cats, dogs, and other animals born as pets lose their own family before anything else of significance happens in their lives.

As a matter of fact, every key occurrence in Frankie’s life with me has been up to me. I hold the keys to the place, and Frankie can’t make me come back at a certain time. Frankie’s got a roof overhead, though; and many cats, much like Frankie, will never be saved from those New Jersey streets, where they were deliberately chased and sometimes caught by people training fighting dogs.

The Issue Is Personal

When we think of the wrongs done to domestic animals, perhaps we think of Michael Vick, or a restaurant in Italy with horseflesh on the menu. But as most anyone in a little town knows, some puppies are paraded around in ribbons, only to live outside a back door for their adult lives. Some cats are dismissed when a new baby arrives. In households hit by natural or economic disasters, children and pets are parted, as reassuring tales are told.

Dogs and cats are relinquished to “shelters” in the millions annually. The number of pets who die each year in these places equals the number of people in Los Angeles—where celebrities are routinely photographed with dogs in their handbags, propelling yet more breeding.

And then there are horses. Relinquishment is even more likely for them, especially in economic recessions. Reports of abandoned or starving horses are more common than we’d like to think.

For Colorado resident Ruthe Wallace, the issue is personal. “I had a horse when I was 12 to 17 years old,” Ruthe says. “I gave her a good home and loved her dearly; but when I look back, all I feel is regret for having exploited her.” Ruthe continues:

I sold her when I started college, thinking she would have a good life, only to learn that she was re-sold and then re-sold again and ended up at the auctions in Chino, California to be sold for slaughter. I no longer had time for the horse that I begged my father to buy for me—and look what happened. I have nightmares about it.

It might sound unrealistic to question a practice so common, and so enjoyed, as pet-keeping. But consider a parallel challenge: People do stop eating cows, pigs, birds, sheep, and sea animals. This has excellent effects: the demand for meat, eggs, and dairy products decreases; fewer animals are brought onto Earth as commodities. More habitats and waters for animals who live on nature’s terms.

Can we also address the ecological impacts of breeding, owning, and feeding the pony in the paddock, the dog in the yard? And can we acknowledge what we’re doing to free-living animals by keeping (and sometimes losing) our pets? For example, the greatest threat to the world’s vanishing wildcats is interbreeding with domesticated cats.

The green architects Prof. Brenda Vale and Dr. Robert Vale observe that Britain’s 7.7 million cats eat some 188 million birds, mammals and frogs each year, and that dog waste pollutes waters, killing aquatic life. In their provocatively named book Time to Eat the Dog: The Real Guide to Sustainable Living, they assert that a medium-sized dog typically eats 360 lbs. of meat and 250 lbs. of cereal a year. Some vegans try to ameliorate the ethical and ecological impact of animals in their homes by feeding them—even the cats, who are squarely in the “carnivore” category—meat substitutes. Maybe the vegan question isn’t about getting our animals to go vegan, but about how to cultivate a paradigm beyond pet-keeping.

Before the 1800s, pet-keeping was an aristocrat’s hobby. It only took off as a popular custom in the Victorian period.

Since then, pets and pet care have become an industry supported by tens of billions in annual spending. In a stunning  form of cognitive dissonance, we build malls with pet shops on land once inhabited by free wolves and wildcats, and we say we love dogs.

Lately, municipal bans on pet sales are being proposed. Granted, these provisions bar only certain (usually high-volume) outlets. Still, they can lay the groundwork for ending breeding and sales. Various dog breeds are now banned in Europe. It’s breed-specific legislation, yes. And it’s the right thing to support.

Some will argue that a culture without pets would be joyless. But we can care about other animals, and derive joy from their presence, without controlling them.

What is more delightful than the sight of deer in a field with a playful group of fawns? What’s more exhilarating than a view of coyote or a bobcat running over the land?

There’s breathtaking joy in respecting animals—untamed. And though I can’t speak for Frankie, somehow I think the soul of a cat would want the wildcats of this world to be respected, and for that respect to be invoked when we think of the best example of humanity’s relationship with other animals. 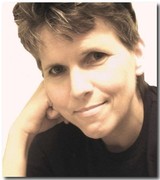 Lee Hall, a 30-year vegan, offers regular analyses of agribusiness and habitat, environmental law, personhood and feminism. Lee’s most recent book is On Their Own Terms: Bringing Animal-Rights Philosophy Down to Earth. Lee has taught immigration & refugee law and animal law, and served for more than a decade as legal officer for the NGO Friends of Animals. Lee is currently pursuing an LL.M. at Vermont Law School with a focus on climate change.

Lee suggests supporting campaigns to protect undomesticated cats and dogs, including bobcats, wolves, dingoes or coyotes, as well as supporting the work of local trap-neuter return groups to care for, while phasing out, feral cat colonies; and to be vocal about the need to confront breeders of all kinds: those connected with high-volume, retail sales and those catering to local clientele. Ruthe Wallace, quoted in this article, has suggested that readers consider supporting Peaceful Prairie sanctuary.

Great article, much in line with my book, Slaves of Affection. The Myth of the Happy Pet

You can read excerpts on my bilingual blog: www.charlesdanten.com

I hate corresponding with avatars, it's unethical not to speak in your name, but here goes just the same.

This is not about prohibition or stopping anyone from having a pet. It's more about informing and giving another point of view. Things are not always as we think or wish them to be. I suggest you read this excerpt posted on Viva Vegan:

Why do so many vegans have pets? Considering what's behind it all, it seems kind of contradictory?