The animal research being done at University of Toronto and other places of learning is a waste of time, effort and money, says Dr. Ray Greek, a California-based medical doctor.

“Animal experimentation is misleading,” says Greek, who founded Americans for Medical Advancement in 1999, a non-profit dedicated to improving policy and decision-making regarding the use of animals in biomedical research.

“Animal models have misled scientists in the past and this has resulted in human deaths,” he said.

Penicillin “stayed on the shelf” for more than a decade, he said, because the rabbits it was being tested on led Sir Alexander Fleming to believe it wouldn’t be effective on humans. The polio vaccine was delayed for decades because the way monkeys behaved with it turned out to be very different from the way humans reacted, he said. An HIV vaccine that protected monkeys actually increased the risk of contracting the disease in volunteers who took it, he said.

Many drugs that have tested safe in animal trials (like Suprofen, Opren, Baycol, Fenoterol) have failed or harmed humans, said Greek.

The other problem is that there’s only so much money for research and most of the money “goes to animal models which are not predictive and, in fact, are misleading,” he said. “People are suffering and dying because research options that are human-based” are not being funded.

But University of Toronto veterinarian Dr. George Harapa, defended the use of animals in research and said it wouldn’t be ethical “to develop a new drug in a human. In a lab, you control all the variables and you get better data.”

He said it was a “misunderstanding” that people were led to believe that U of T had ruled out using primates in the future, following the recent euthanasia of two macaque monkeys which had been used in a project that involved brain stimulation using electrodes.

Greek said that’s true, insofar as the brains not being pain receptive. “But that’s not the issue. The way they do these experiments is that they bolt the monkey’s head to a clamp and they have to sit in a chair where they can’t move — it’s like something out of a horror film . . . if someone gave me the choice of having my leg cut off without anesthetic as opposed to being forced to sit in a chair for hours with a head clamp, I’d go for the amputation.”

Canadian animal ethicist David Sztybel, who is teaching a Brock University course on animals and the law later this year, said universities tend to support animal research because of “the money and habit. They’re economically rewarded. It’s also convenient and easier to order up a bunch of animals to confine and do experiments, than to go to the trouble of rounding up volunteers to do a study. There’s a lot more work in that.”

“Personalized medicine” in which a doctor looks at a person’s genetic makeup and tailors treatment for such things as breast cancer, is where medicine is headed, says Greek. This is in “stark contrast to medical treatments based on and tested on animals.” 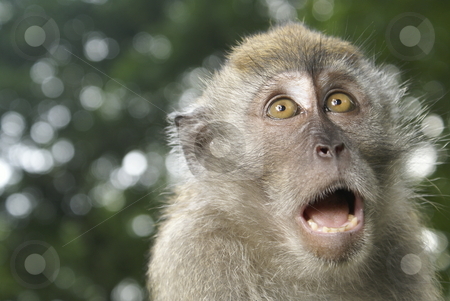