Why Horsemeat is Delicious AND Disgusting ~ Dr. Melanie Joy

Why Horsemeat Is Delicious and  Disgusting 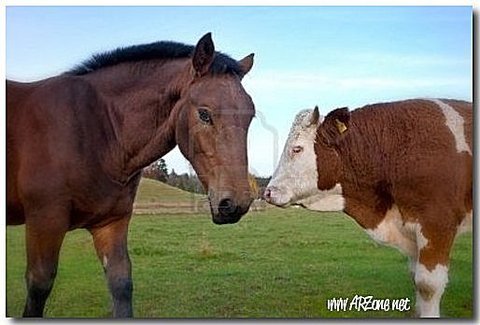 The recent horsemeat scandal, in which consumers discovered that the meat they had eaten was from horses rather than cows, has caused nothing short of an international outcry. The unwitting horsemeat consumers (as well as the general public) had a powerful, visceral reaction to the idea of eating the flesh of a different species than the one they had believed would be in their food, and this collective reaction was one of disgust and moral offence.

But how rational is this reaction? The diners' thoughts and feelings dramatically changed when they learned they had been eating a horse rather than a cow, even though nothing about the meat itself actually changed. So what was it that changed? Indeed, what changed was simply consumers' perception of the meat. Yet why, then, should the flesh of a cow be perceived as delicious and the flesh of a horse as disgusting? Why is the flesh of any species delicious or disgusting?

The dramatic reaction of the horsemeat consumers, though understandable, is irrational. And it is irrational because the mentality of meat that shapes our perceptions of meat/eggs/dairy and the animals we eat is irrational. This mentality is shaped by carnism, the invisible belief system, or ideology, that conditions us to eat certain animals -- it is the opposite, essentially, of veganism. We tend to assume it is only vegans (and vegetarians) who bring their beliefs to the dinner table. But most of us don't learn to eat cows but not horses, for instance, because we don't have a belief system when it comes to eating animals. When eating animals is not a necessity for survival, which is the case in much of the world today, it is a choice -- and choices always stem from beliefs. Carnism is the reason we perceive cows' flesh as delicious and horses' flesh as disgusting.

Carnism is a dominant ideology, meaning that it is invisible and entrenched, woven through the very structure of society. And such institutionalized "isms" inevitably become internalized; in other words, we learn to look at the world through the lens of carnism, as the ideology shapes the very way we think and feel about eating animals. And carnism is also a violent ideology: It is organized around killing. Yet most people who eat animals also care about animals and don't want them to suffer. So carnism must use a set of social and psychological defense mechanisms to enable humane people to participate in inhumane practices without fully realizing what they are doing. In other words, carnism teaches how not to feel -- when it comes to those species we have been taught to think of as edible. In fact, in meat-eating cultures around the world, even though the type of species consumed changes, people tend to have only a small handful of animals they have learned to classify as edible. All the rest they classify as inedible and thus disgusting and often offensive to consume.

So when it comes to eating animals, what is striking is not the presence of disgust -- disgust is the norm, the rule, rather than the exception. What is striking is the absence of disgust. The question we would do well to ask ourselves is why are we not disgusted by the select few species we have been taught to think of as edible. And why don't we ever ask why? When the stakes are so high -- our food choices are truly a matter of life and death, particularly for the 10 billion sentient individuals in the U.S. every year who are no less sensitive and conscious than those we consider friends and family yet who subsist in abject misery, as their bodies are unnecessarily turned into units of production. Why do we leave our choices so unexamined? Why don't we consider that so-called edible animals have lives that matter to them, just as horses and dogs and cats do?

As long as we remain unaware of carnism, the system that guides our food choices like an invisible hand, we will see eating (certain) animals as a given, rather than a choice. We will be at the mercy of carnistic defense mechanisms -- such as denial, justification, and compartmentalization -- which distort our perceptions so that we see corpses as cuisine and feel and act accordingly. We will thus be unable to make our choices freely, because without awareness there is no free choice. When we step outside of the system, though, we can make choices that reflect what we truly think and feel, rather than what we have been taught to think and feel. And then perhaps the idea of eating horses will be no different from the idea of eating cows, or of eating anything at all, regardless of their species.

Melanie Joy, Ph.D., Ed.M is a Harvard-educated psychologist, professor of psychology and sociology at the University of Massachusetts, Boston, celebrated speaker, and the author of the award-winning primer on carnism Why We Love Dogs, Eat Pigs, and Wear Cows. Melanie is the founder and president of the Carnism Awareness and Action Network (on the web at  carnism.com).