No, Ethical Veganism is Not Extreme ~ Gary Francione

There is nothing extreme about ethical veganism.

What is extreme is eating decomposing flesh and animal secretions.

What is extreme is that we regard some animals as members of our family while, at the same time, we stick forks into the corpses of other animals.

What is extreme is thinking that… After a productive ARZone guest interview, or "chat," with Colleen Patrick-Goudreau of …

I was close to being killed last Saturday.… 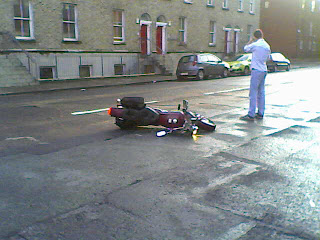 ARZone Podcast No. 2 ~ Live Exports and the ARZone Mission Statement

"Captive" Song of the Orca

You may remember the lyrics I wrote a while back: Captive: Song of the… recast, so I called a taxi. I had a feeling that I should bring a copy of The Cove with me, but I left empty handed. While in town, I visited an herbal shop and purchased some sleeping pills.…

The Ghosts in Our Machine

The Ghosts in Our Machine is a very important film and web narrative in development about the individual animals used within the machine of our modern world.

If you're craving some really scrumptious and different vegan chocolate, look no further than Eden Handmade Chocolate.

Choose in "Milk", White or Dark

Orders for special events, weddings, birthdays etc welcome. Can be sent throughout Australia.  Overseas orders cannot be guaranteed to arrive…

Eating Animals May Be Natural But So What? ~ Alex Melonas

We may argue that humans are biologically omnivores therefore it’s natural to eat meat. But just because something is ‘natural’, it doesn’t make it ethical, writes Alex Melonas.

How do you defend eating what and whom you eat? Something like this: While we may wrestle with the…

Extremely graphic images of halal cow slaughter in Indonesia have recently been shown on National TV in Australia, and there has been a giant public outcry to ban the live export of cows to Indonesia. This news report was presented as a regulationist single issue campaign, and was probably planed to be part of a RSPCA/Animals Australia campaign that is currently underway, with TV ads addressing the Prime Minister. There has been a giant public reaction to all of this. I have sent the…

My book is funding an animal charity!

My book, WELCOME TO YOUR LIFE – simple insights for your inspiration & empowerment which is funding a charity, Edgar's Mission is officially released.

Welcome to Your Life provides insights into taking control of your life. Using examples from my personal life, and from life & executive clients I have coached to success, my experience as a personal development writer, and a professional speaker, I have written a step-by-step…