Since the beginning of October 2013, about 60 cats have been brutally bludgeoned to death with blunt objects or bitten to death by dogs in the middle of the night. Regular feeders and animal lovers from all walks of life held a vigil and demonstration in front of the entrance of Temple of Heaven to mourn the tragic death of the cats. They carried chrysanthemums for their beloved cats and demanded the management of Temple of Heaven to take action. The Temple of Heaven is the one of the most popular tourist destinations in Beijing. 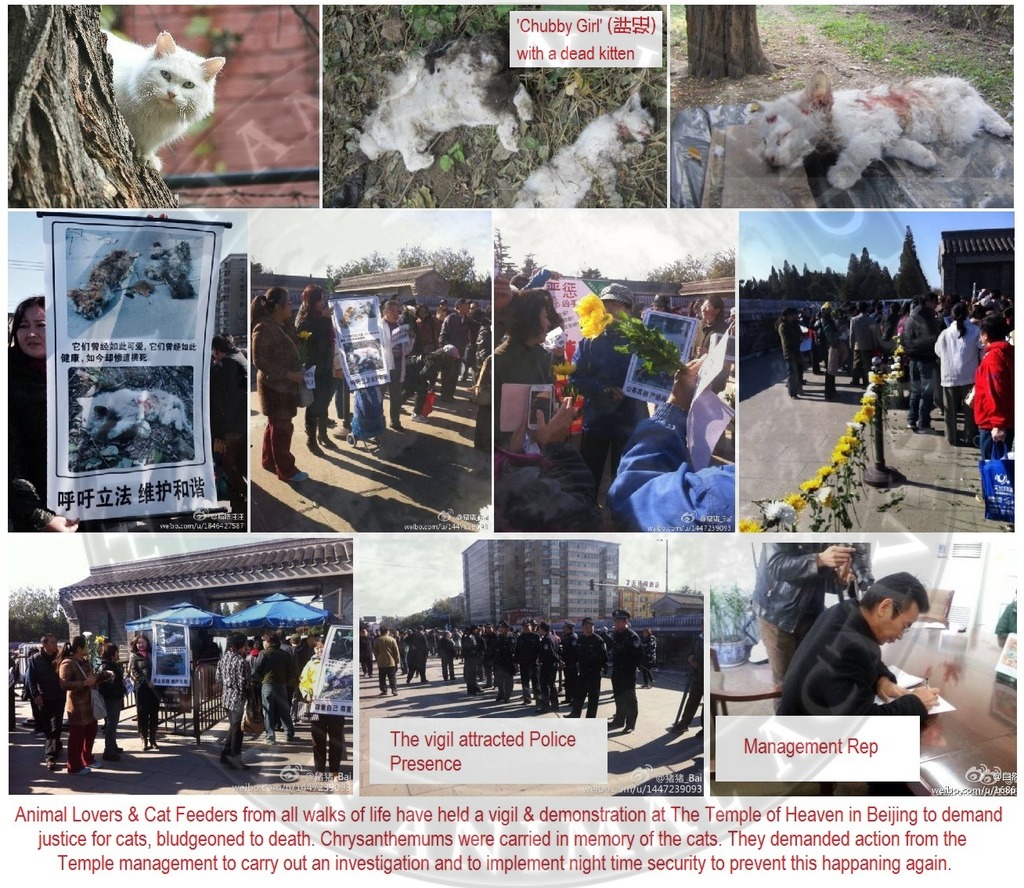 There are colonies of cats living in the surrounding gardens. For all these years animal lovers have been feeding and building small huts for these cats.  The management have promised to strengthen security patrols and inspections at night to prevent similar incidents from happening again as well as to carry out an investigation (into the deaths of the cats). Today, many volunteers to the incident mourn the tragic death of the cats. Not only were these cats fed by animal lovers, they built their huts and even have them desexed. They were once so adorable, they were once so healthy, but now they have met a violent death. Calling for legislation, uphold harmony (between humans and animals).

More Photos of the cats:-

More photos of the vigil/demostration:- 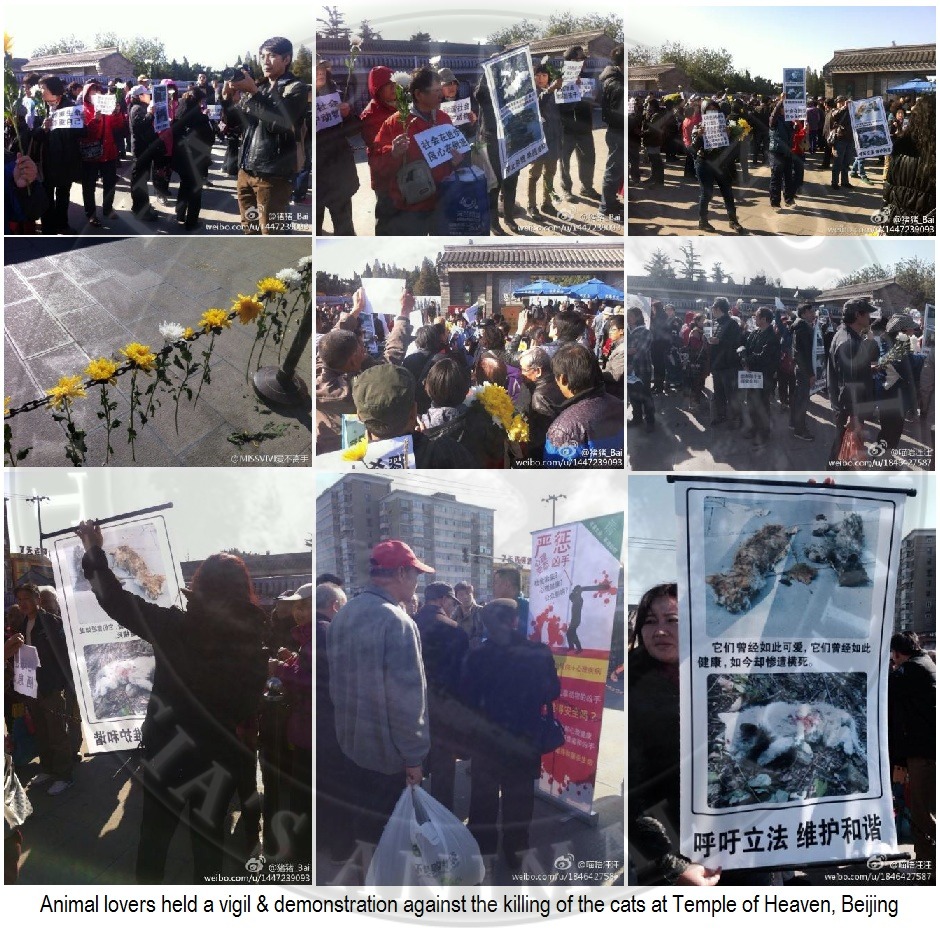