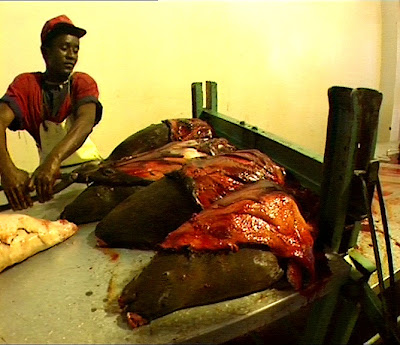 Looking for motivation to sign pledge to boycott Namibia?

The money does not stay in Namibia to benefit the economically disadvantaged workers, who have their human dignity assaulted on a daily basis…
Continue

We are offering a R5 000.00 reward for any information leading to the arrest and conviction of anyone found to be shooting or in any way intentionally harming seals in South Africa. 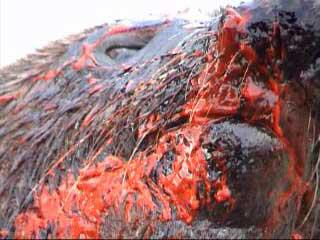 For more information refer to The Seals of…

These seals were knowingly and willfully beaten to death while they lay sleeping on the beach at night. This blatant, cowardly act of cruelty…

Picture a fox, with its bloody leg mangled in the jaws of a steel jawed trap, tearing ligaments, pulling muscles as it thrashes around in abject terror in a vain attempt to get free.

Picture the fox breaking teeth, lacerating gums as it bites the cold steel that holds it prisoner. Imagine how it must feel for 1 in 3 foxes who will chew their own legs off as a desperate bid to escape, only to die a sad and painful death as a result of infection, blood loss,…

Namibia: Ombudsman not living up to his mandate to protect seals

The Namibian ombudsman, currently Adv. John Walters, is mandated by the constitution of Namibia under Articles 89-94. He has the power to take direct action in providing relief by bringing forth an interdict or other suitable remedy as a means to secure the termination of the offending action or the abandonment or the alteration of the offensive procedures as complained against.

As a hybrid institution, the office of the ombudsman incorporates the public protector,…

36 days to the Namibian seal massacre, considered to be the cruelest hunt in the world. Namibia is the only place on earth which allows savage killers into a breeding colony where they are free to beat 85 000 baby animals who are still dependent on their mothers to death. This is an iniquitous disgrace. Agree? Read on.…

Each year in Namibia, 85 000 baby seals are cruelly beaten to death for their fur in. A further 6 000 adult bull seals are shot at point blank range so…

The Namibian government tamper with the actual seal population figures, they inflate their numbers to justify a higher quota. See this link …